I was just about to start writing my weekly blog (I know, it’s come to that, such is the lack of free time I have due to my work) when I thought I’d look at the wordpress dashboard and my stats section

You know, to see how many lovely people actually tune in (there’s quite a few of you actually – hello *waves*) – plus I’m a narcissist, when I saw ‘search engine terms’

END_OF_DOCUMENT_TOKEN_TO_BE_REPLACED

I got some more films back and I love them.  The negatives are gorgeous but scans themselves weren’t brilliant.  A little nip and a tuck and some removal of dust and fluff from the jpegs and I have a load of shots I’m really happy with.

I took a bunch with the Holga again – its one of those cameras that when you get the films back, you kick yourself for having left it so long to use it.  I promised myself I’d take a few dozen shots a week, but as yet, I’ve not done that.

END_OF_DOCUMENT_TOKEN_TO_BE_REPLACED

So, as you are aware, I got my films back – I was especially looking forward to seeing the shots from the Hasselblad, given I paid a small fortune for it and am betting the farm that it’ll produce images that will stir my creative soul.   I know, not too much pressure then.

First, the Holga, which never ceases to surprise and amaze 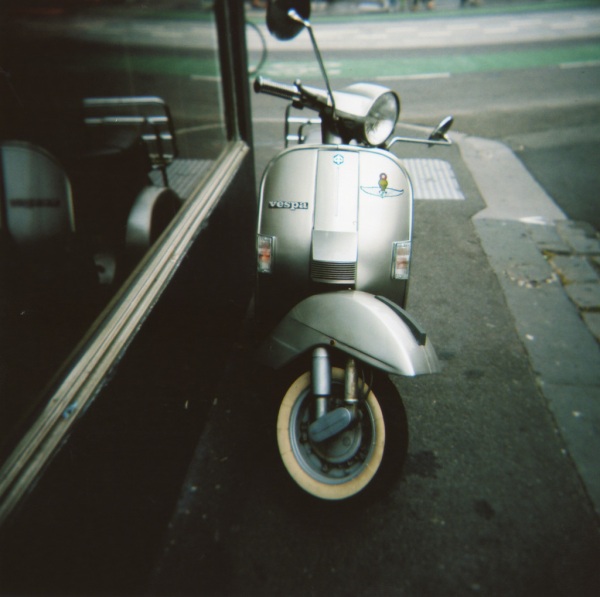 Next, the Hasselblad – early days with this beastie, only just got hold of a lightmeter so the early films were guesswork and counting back from Sunny 16.. 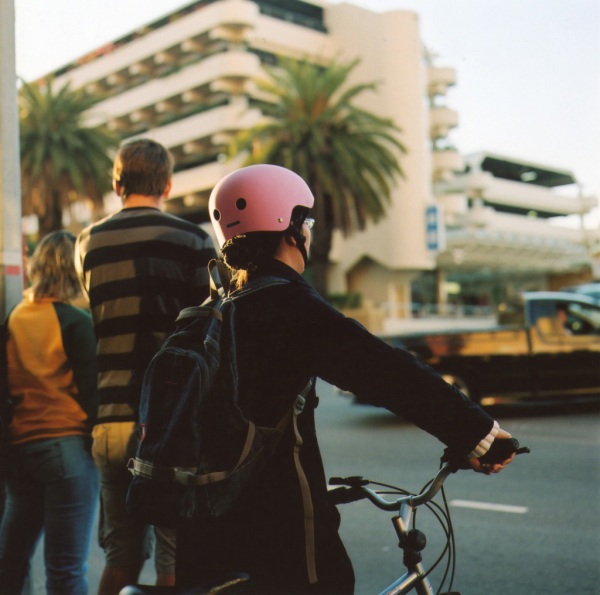 Pretty happy with those so far. I have another 2 films I’m scanning and there are some interesting shots there too.

Can’t wait to get out again and take more shots now!

An homage to the missus. Taken with the Holga and (mostly awful) Diana Mini.

Some more scans of the latest films that came back 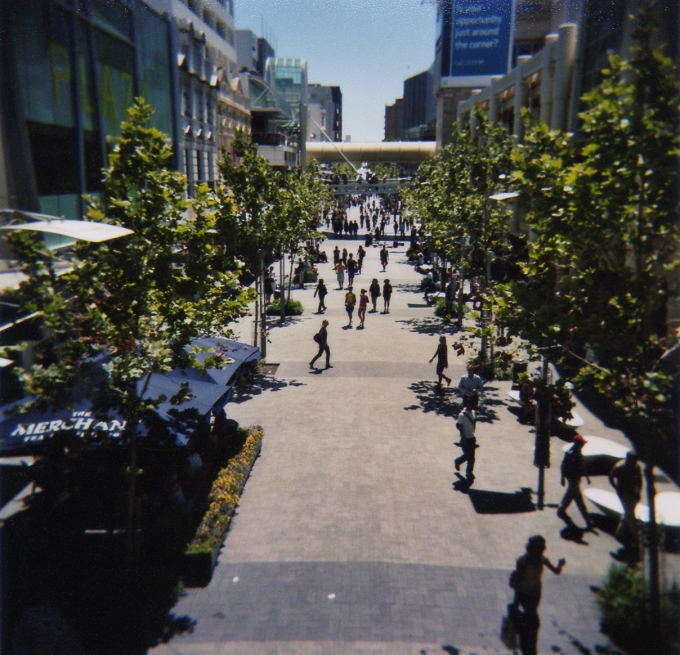 Sunset, Warnbro, WA – Holga wide angle pinhole + Portra 160 – this is really way underexposed, but I love the potential this camera has for sunsets.

I’ve been dreading it a bit – as I had a couple of Holga back opening incidents and the Diana Mini has frustrated me endlessly. Jay had a couple of films in there too, including from the equally brilliant and irritating Supersampler.

I popped up on the train to the lab after work and picked the shots up and had a natter with the lady who works there. Churchill Colour Labs – to give them a plug – do a great job and have an excellent gallery in their shop.

So, the results – as usual, the Holga irritates and amazes at the same time – I think this latest set of mine were less good than the last batch, but there were some interesting shots none the less.

And I’d forgotten I had the first shots from the new Holga wide-angle pinhole – they were underexposed, but then its a hit and miss thing with manually timing an exposure for 10 seconds. Is that under ideal light, or the light I have in front of me. Add a bit for luck and still not enough. Ah well, all good fun.

So, a taster of Holga goodness for you eager beavers

Footbridge over the Kwinana Freeway looking towards the centre of Perth 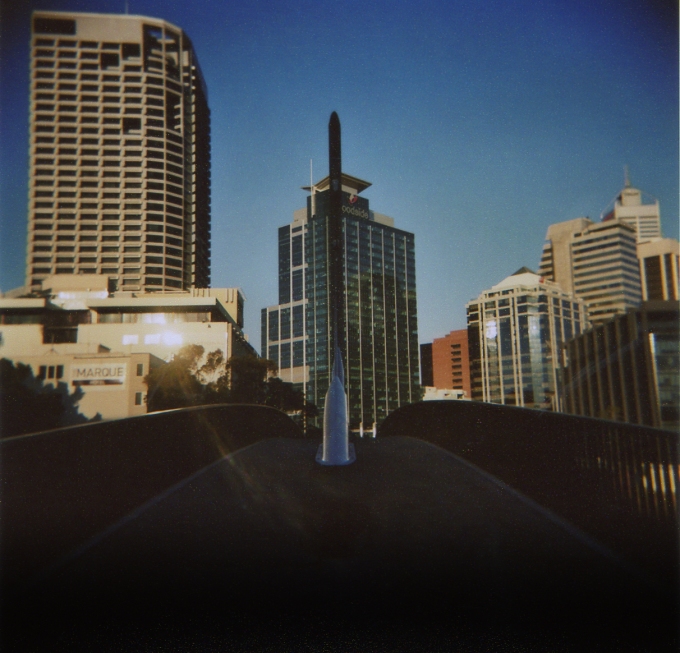 Taken with the Holga pinhole wide-angle camera – a little under exposed, but I love it none the less. Wide angle is AWESOME!

More pics to come in later posts, including from the Diana Mini (which overall disgraced itself, but there were a few corkers in the bunch)

Continuing from part 1, we had a quick drink in the very posh cafe at Bunker Bay and then went round the corner to Eagle Bay, which is a very small little neighbourhood full of lovely expensive summer houses, Range Rovers, a brand new Porsche Panamera and million dollar for sale hoardings.

Eagle Bay itsself was beautiful with a white sand and even bluer sea than in Warnbro where I live or Bunker Bay that we’d just come from. 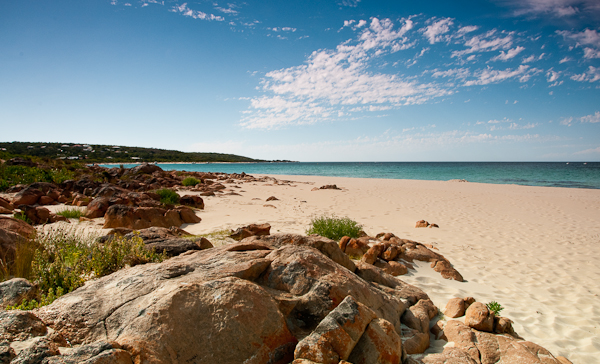 Am so going there again, it was quiet and unspoiled, even on a weekend in the height of summer with Australia day just 3 days away.   There were lots of other little bays and places that would be worth exploring later in the day when the light was golden – particularly on the other side of the peninsular – Canal Rocks and Sugarloaf Rock being two very popular places for photographers.   Save those for another time when we have somewhere to stay for the night 🙂

We mooched back to Dunsborough for some coffee, but even at 4:30pm on a busy Saturday, most places had already shut or were shutting.  WTF, Australia? I see this so much and I really don’t get it.  After a day on the beach or out exploring, who wouldn’t want to come back for a snack/coffee/cake/etc before dinner later.  Apparently that message was only heeded by The Dome, so we headed there for a drink before we went home.

We drove through Busselton, which quite frankly was nothing much at all – the highlight is the huge mile long jetty, but that closed last year, leaving a fenced off eyesore and basically sod-all else.  Some naked girls/young women skinny dipping and wrestling in the sand was pretty much the highlight (much to the delight of some passing teenage boys who were busy picking their jaws up off the floor..).  Even the beachside water park/theme park thing was closed and neglected.. Took a few piccies with the Holga Pinhole Wide angle camera, forgot to take the damn lens cap off though – meh!  thats 2 shots out of 12 that will be black..  *sob*

By this time Jay was feeling tired having done all the driving (she always wants to drive, so I get to be shotgun with the cameras) and wanted to go home and as she was driving and we had a long way to go, we headed off..

so, some of the other half – temptingly tasty shots with the Holga and Trip 35.

These were taken in yee olde towne of York, WA. We only took film shots whilst we were there – so its good that a few came out well then 🙂 I’m going to have to either calibrate the scanner or buy a decent negative scanner – I’m not so convinced after all about the colours from the the Trip 35 set. Maybe I should use more black and white :)) 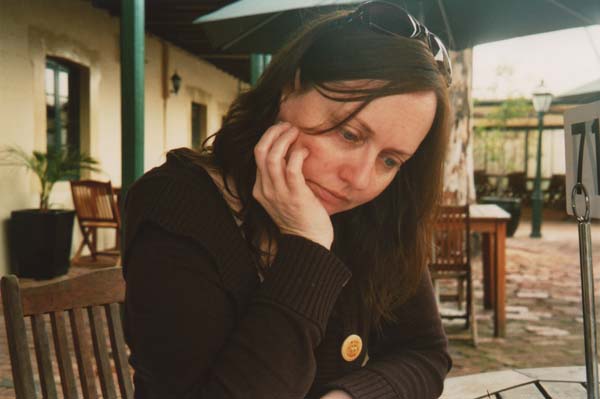 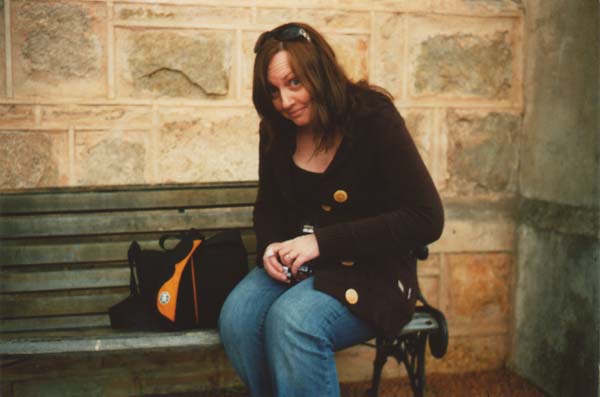 I think this one was taken at the train station on the way up to the Perth Art gallery and to see Kevin Ballantine’s awesome Holga exhibition at the Spectrum Project space.

The only trouble with the latest batch of films is they are printed on glossy paper. It makes them look beautiful, so sleek, rich and deep, but they pick up fingerprints like a brand new black iPod.

Anyway – I’ve scanned them all in now, Holga and Trip and I have to say, I’m really happy with them. No post processing on them, only on a couple just to correct some slight washing out from the scanner, not to enhance the final result.

The Olympus Trip 35 shots that I was disappointed with initially have scanned from the print really well and come out with a definite vintage feel that I didn’t pick up from the print itself. Maybe its something in the scan process, they look very close to the prints to me, but somehow have picked up a little magic on the way. 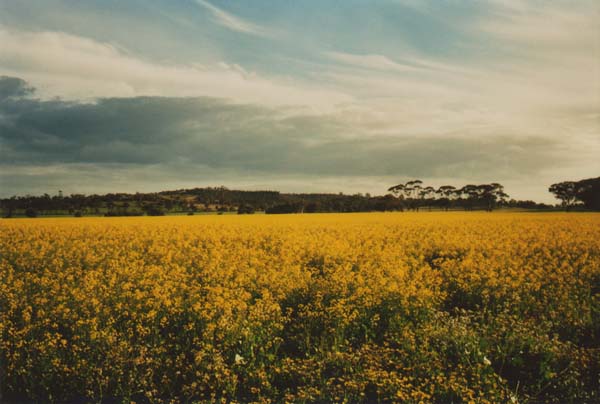 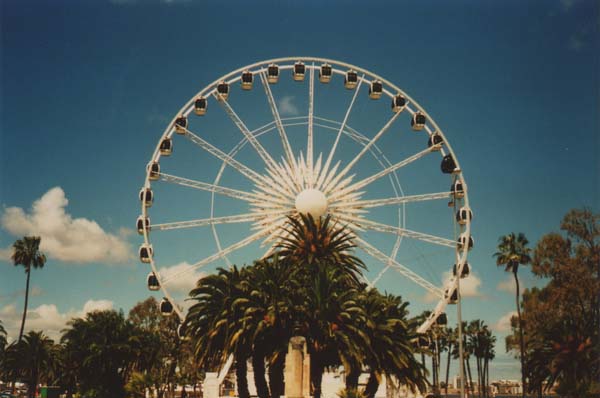 The Holga shots were wicked, and I’m finally digging black and white – I might have to buy some more Tri-X and shoot off a load more

The films were an interesting bunch.

The Olympus Trip 35 shots were almost too good. Sharp, clear, well exposed, consistent. So we have a load of pictures that look like good but general snapshots. This was the most arty of them. I’ll scan more this weekend. 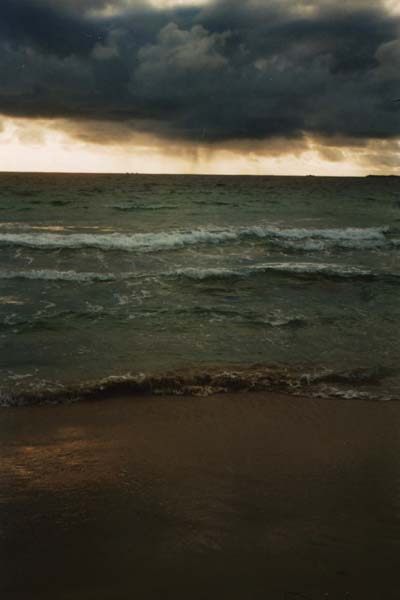 The Holga shots were a mixed bag, well, mine were – Jay’s black and whites were brilliant this time. Mine were variable, some were awesome and you’ll get to see them soon I promise. Some were also a bit crap – dark and under exposed due to the film I was using. Velvia 100 really only works in the bright mid-day sun – I have Portra 400VC in it now, which will be perfect for more general conditions. 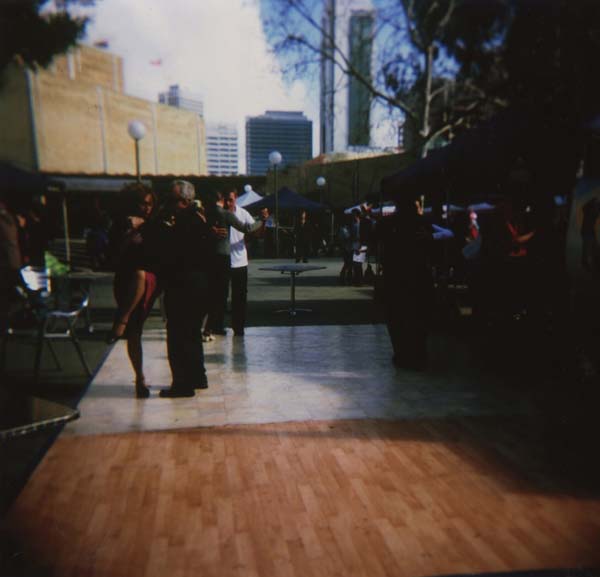 I also had an old black and white film in the now broken Olympus OM10 and there were a couple of cracking shots in that lot.

more to come this week