I finally got around to developing some film – its been sat in my cameras for ages, a few from the Trip 35 and three from the Hassleblad.

My pet project is to use up all the films I’ve bought before the end of the year – that means shooting at least a roll every week or two.  Perhaps I can get around to my project theme too, but it does require asking strangers to pose (not rude) for me.

Anyway, without further ado, here’s the first of the shots from the Olympus Trip 35 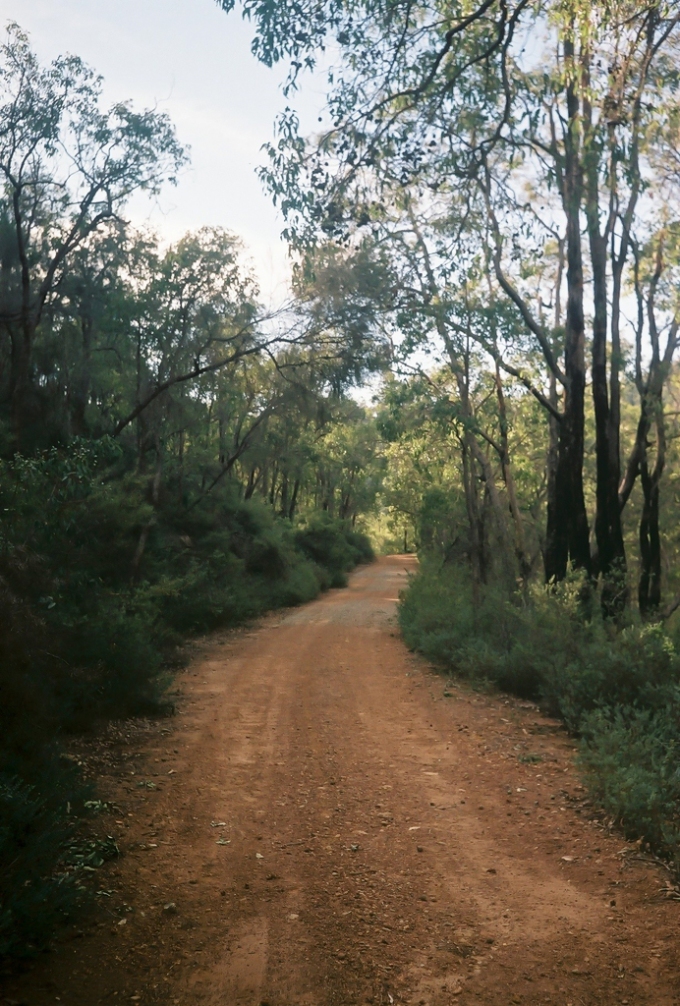 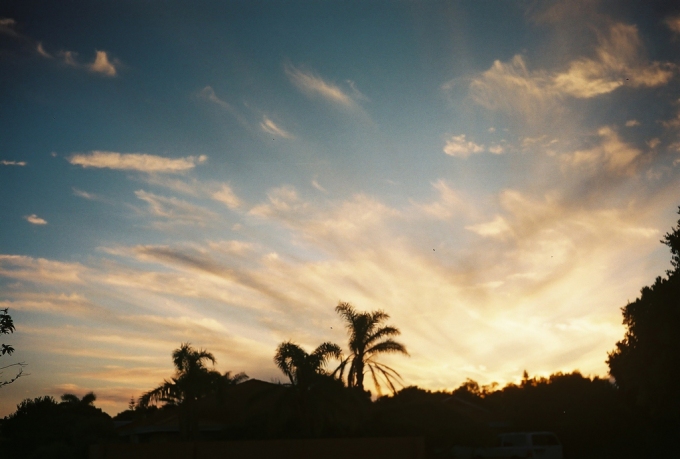 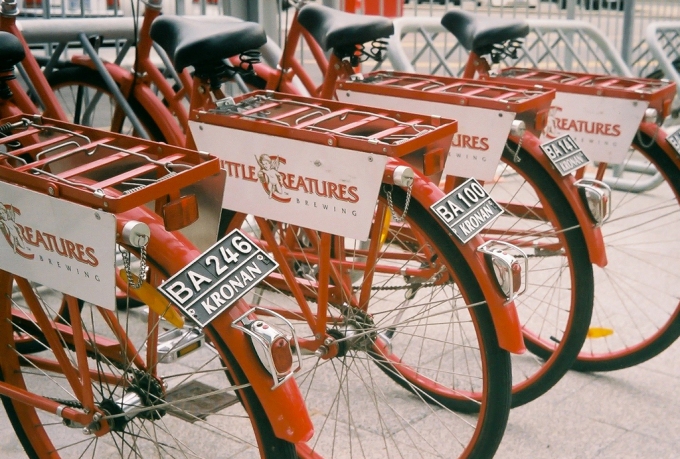 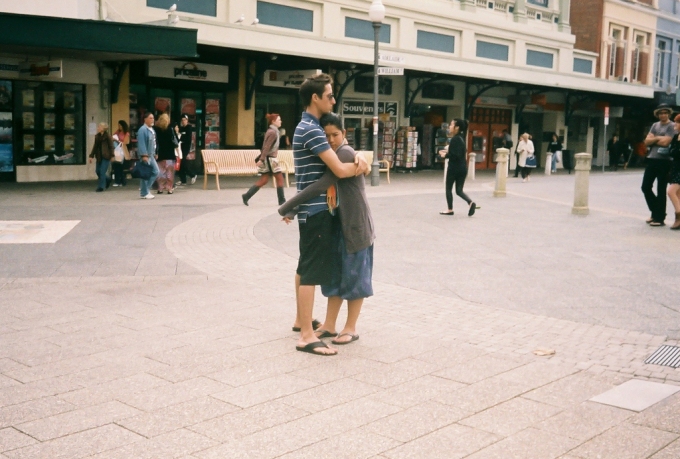 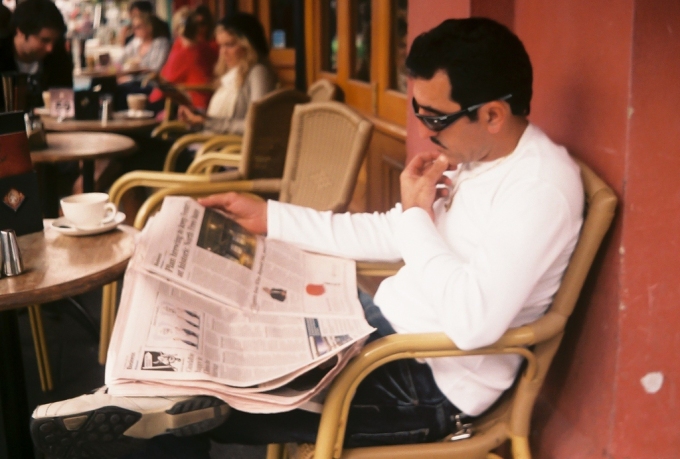 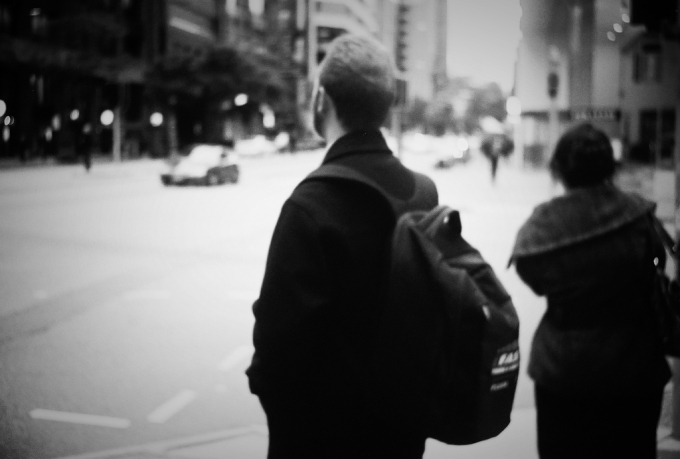 The films, they are back!

I’ve been waiting eagerly for these ever since I got the call on Thursday to say they were ready and being posted back to me.

Well, they arrived yesterday and I’ve been scanning a few of the shots already and I’m pretty happy with them.

It was a bit of a camera combo this time

So, here’s a selection in the same order.. 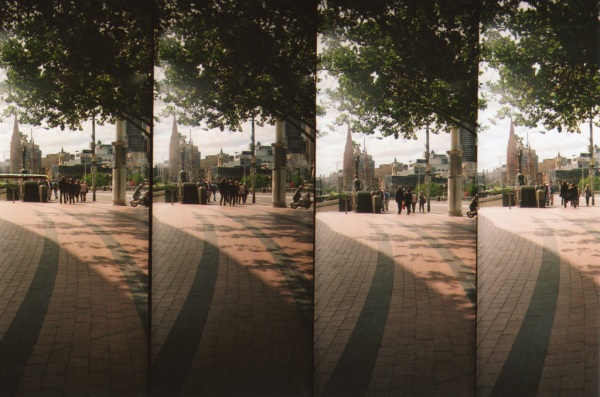 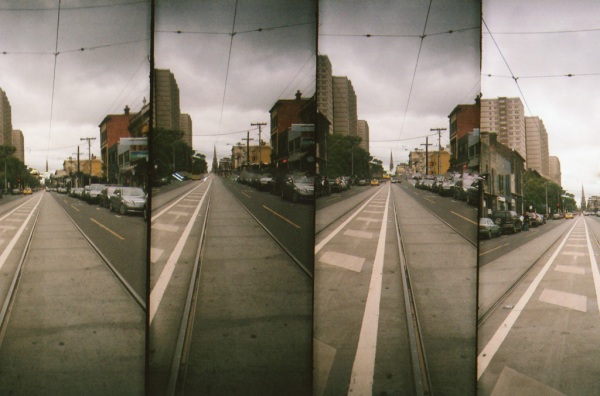 The Supersampler has 4 lenses and no viewfinder – it simply takes one shot through each lens over the course of a second or so, making very interesting images.  Sadly, our one has broken and the films get scratched and broken trying to get them out.  These were taken in Melbourne and are relatively unscathed. 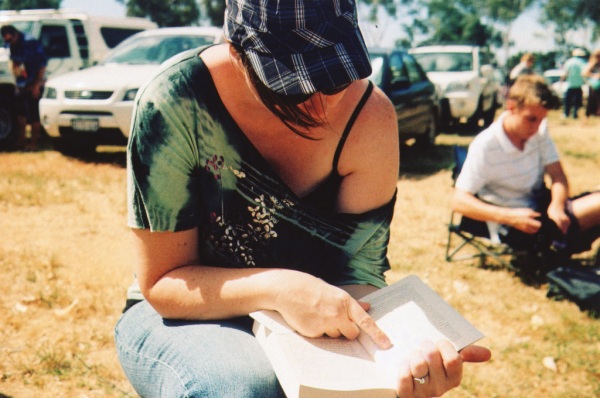 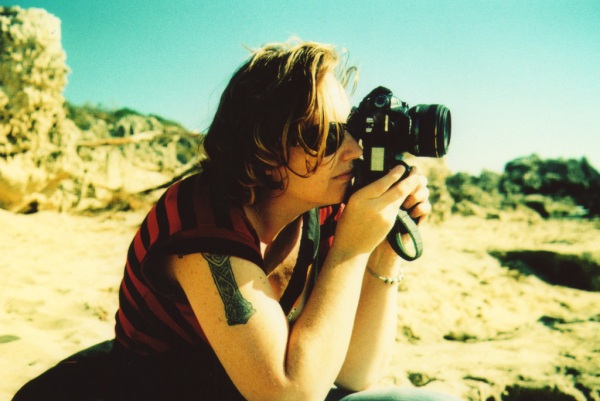 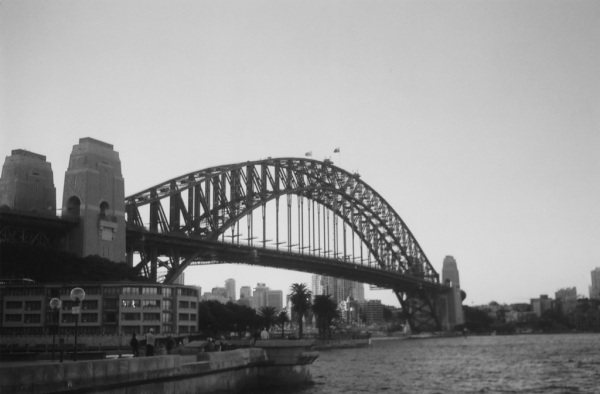 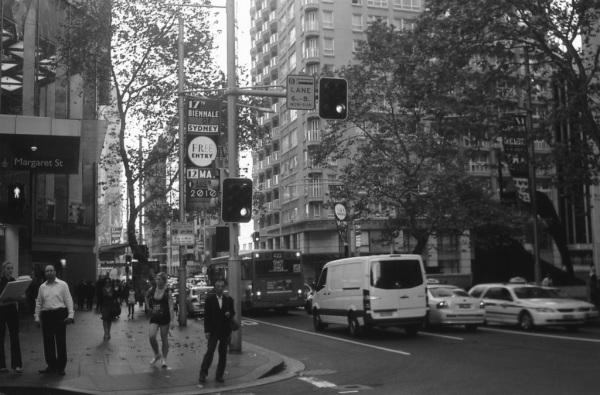 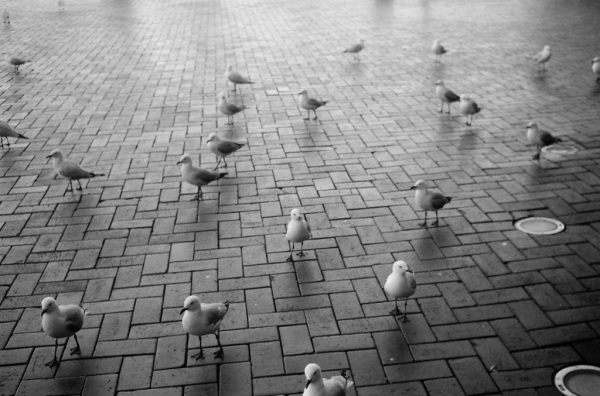 The Trip 35 ones were a little disappointing – there’s something a bit bland about the way the shots seem to come out and I’m pretty sure it’s not the lab or the scanning.  The cross processed shots have very vivid colours –  lomo-esque, but without the charm of the Holga’s lens distortions or the delicacy of the medium format film. I wonder what these would have been like if I’d got them processed correctly?  Ah well.

The black and whites were very grey on the prints – I think the Trip tends to meter a little on the light side of the middle of a scene, which is okay I guess, but it can leave the pics a bit washed out.  A quick push through photoshop for a little tweak of the curves and levels soon brought a little punch back, although not as much as I’d like.  You live and learn I guess.

The Holga and Hasselblad shots I’ll save for another post.

*peers through hole in door made by axe”

Ok, nothing quite so dramatic or scary, but in other words – I’m back 🙂

I’ve been a tad (understatement of the century – I worked 7 1/2 days, 18-20 hours a day) busy with work and haven’t managed to get to anything bloggy or flickry, only managing some tweets on my way to and from work-related places.

Well now I’m back on the case.  My job does this sometimes, its quiet for ages and then all of a sudden, there’s a proof of concept to scope out or a proposal to write and its no sleep for a week.

Ah well, at Kurt Vonnegut always said – “and so it goes”

I posted off a load of films today, so I should get them back in a week or so – I keep on saying this but somehow never manage – I MUST TAKE MORE SHOTS WITH FILM!  There, do you think that’ll help?

Speaking of film, and one of my things I was going to write about that I can actually remember – I’m going to tell you all a secret.

The Lomo Diana Mini that I coveted so much and wanted for ages…well, it sucks, or as a friend of mine used to say – it blows goats.  I can’t get to grips with it at all, the focus is annoying – no, impossible (I’ll come back to this) the shutter is so stiff the camera jumps when I click it, the counter doesnt work properly, it rips the film on the rewind and the film is now stuck on the advance.

so, screw you, Diana Mini!  (of course, if the one film I did put through it comes back with brilliant shots I may change my opinion, but only if someone tells me how to get the damn film to advance!)

I did wonder if it was user error (although its a simple 35mm film camera – they’re not exactly hard to use) but no, I dont think it is.  Its just badly built.

The worst thing about it I discovered a few minutes after getting it out of the box is the focus is impossible for anyone other than Japanese girls or children to use.  I shall attempt to take some shots with the iPhone right now to show you

As you can see, the focus bit is actually the black inner lens – it rotates like you’d expect and there are convenient markings at the bottom and a handy little plastic pointer thingy so you know what its set to. 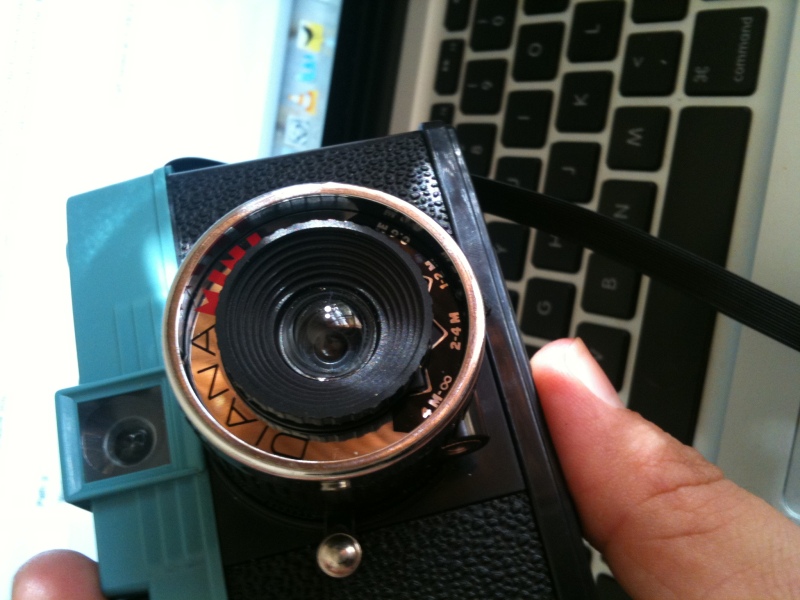 But herein lies the rub.  Its teeny.  I don’t have big fingers, far from it, I have pretty small hands, but then I’m only 5ft7, I’d look like a gorilla with big trucker hands.  Anyway, back to the point – as you can see below – I can’t really get my fingers between the outer lens cover and the focus ring to turn it. 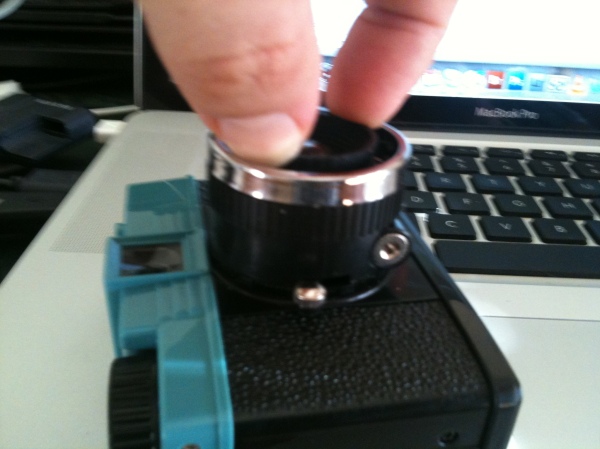 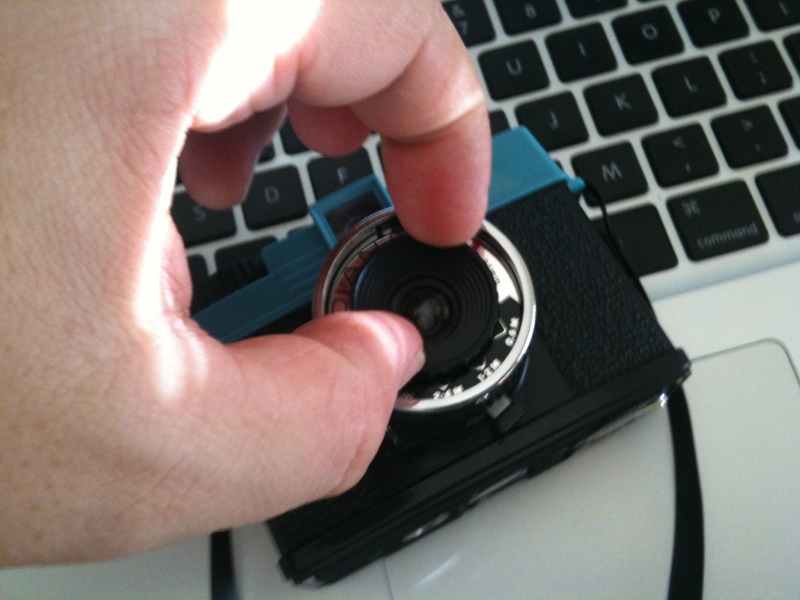 Its also really stiff, so often, not only can I hardly reach it, it wont fookin’ turn!

So, Diana Mini – you really suck!!

*although the foam inside the spool cavity in mine has come off and is now wrapped up neatly in one of the films I’ve sent off to the lab.

Next blog post – iPhone goodness, east meets west and when I went to meet the Lord.

But now, please excuse me, its wine o’clock.