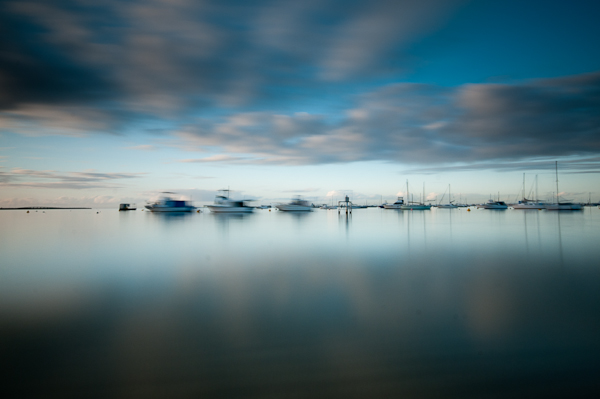 I had a few spare hours yesterday as Jay was writing, so I packed up the camera and headed out to take some shots.  I initially wanted to go to one of the jetties in Rockingham and get some more long exposure shots, but I’ve kinda done that to death for the moment already.

So I wandered over to Mangles Bay, where the boats are moored with the aim to get some boaty/long exposure/moving sky style photos

Well, it turned out that I am a numbskull.  I had the wrong tripod plate attached to the camera, so I was limited to handled shots only.  So I wandered up and down the beach and chatted to a few people, taking the odd shot here and there, but really thinking I need to go back and get the right tripod mount plate.

We’ve had a few storms recently, and there were a few boats sunk out to see and more than a few washed up on the beach.  I’m amazed that nobody tries to salvage them sooner.   The next storm (scheduled for Tuesday) will total any boat that’s not properly secured .

The boatyard, as I’m sure I’ve mentioned before, is kinda scruffy, but tucked away on the edge of town near Point Peron, which is a protected nature reserve/national park thing.  Well, the government, in its infinite wisdom, has decided to un-protect a chunk of land previously handed over to the people and designated as ‘Bush Forever’ and sell it to developers to build a load of houses and a new shiny concrete tourist precinct and marina.

Go to Hands Off Point Peron for more details.  Personally, I think these plans go way too far – a full on canal side luxury housing development is way out of line and vast marina with shops and bars and things is just dumb and will ruin the character of the bay forever.  Keep it simple.

Entrance to Mangles Bay from the road 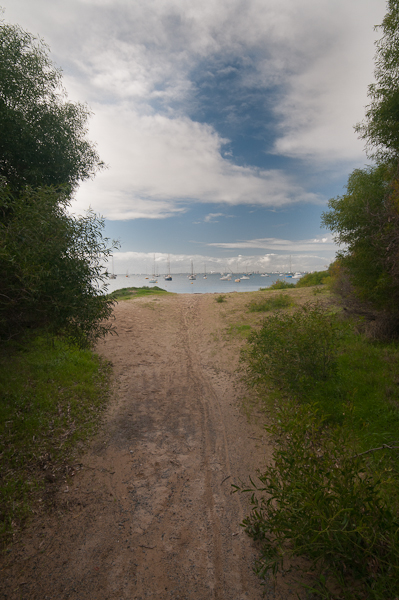 Its a beautiful bay 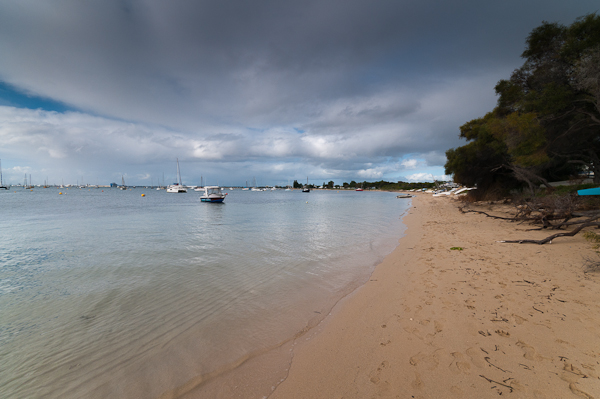 The boat yard is not that pretty though.  Nice car, even if the people are not very friendly. 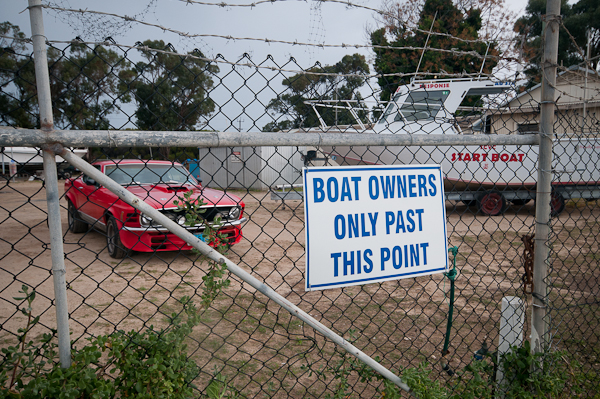 You can see why the place needs a clean up – a lot of the tenders have really seen better days. I don’t know how long this one has been since it was last used. 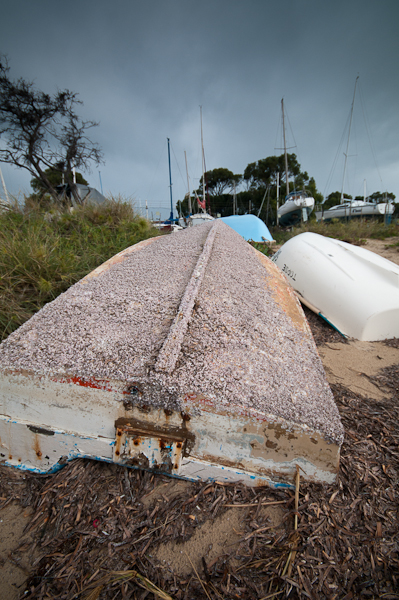 Partly submerged in the sand after the storms 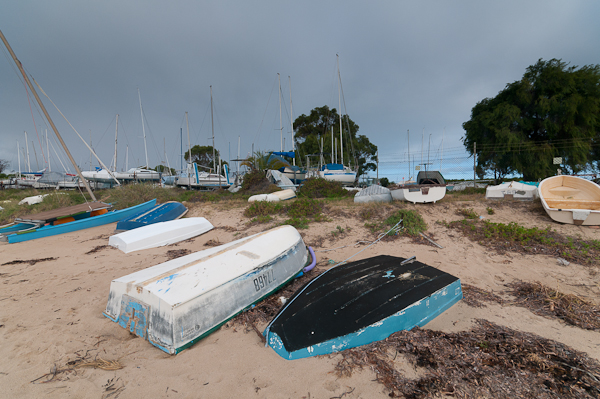 Pushed up against the bush at the edge of the beach 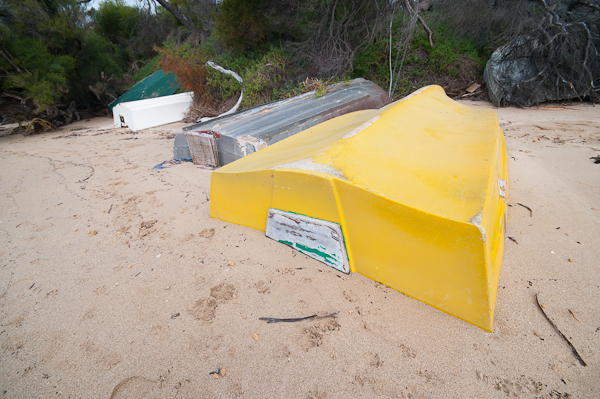 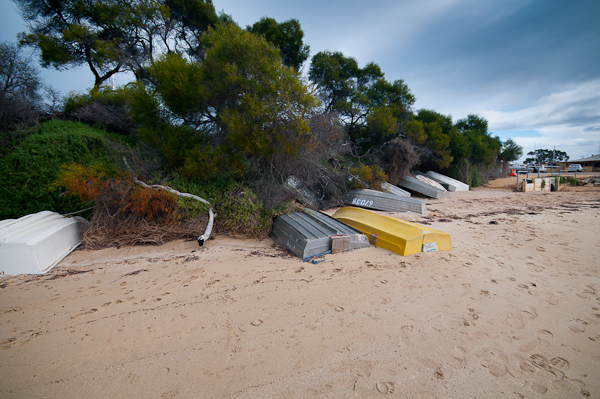 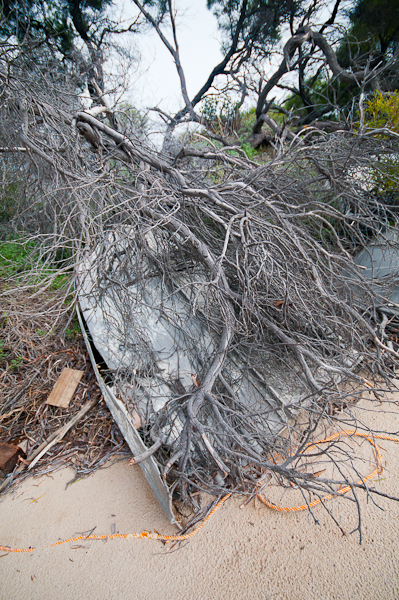 The yacht this one belongs to has a cool name.  Not sure it’s owner visits regularly though.. 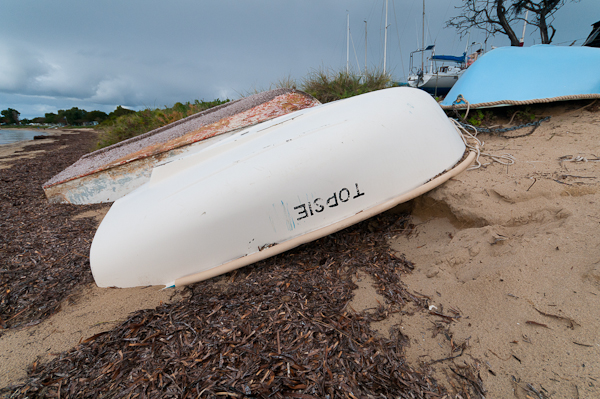 Swamped and washed ashore, complete with engine, that I suspect is no longer working 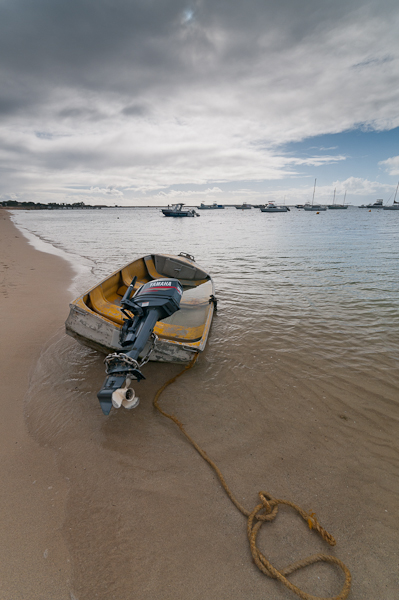 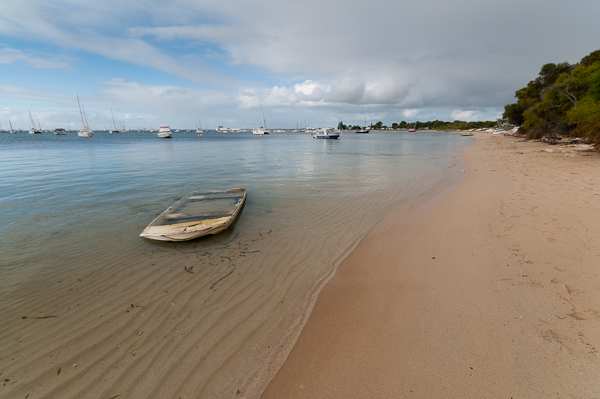 Enough of the snapshots, I went home to get the right tripod plate, but when I came back it was raining pretty hard.

I didn’t have to wait long though, pretty soon the light started to play nice and it was time to get some ‘proper’ shots. This boat had come off its mooring and had washed up on the beach – someone had dragged an anchor ashore to make sure it didn’t go anywhere else, but I can help thinking that come the storms next week, it’ll be wrecked if they don’t sort it. 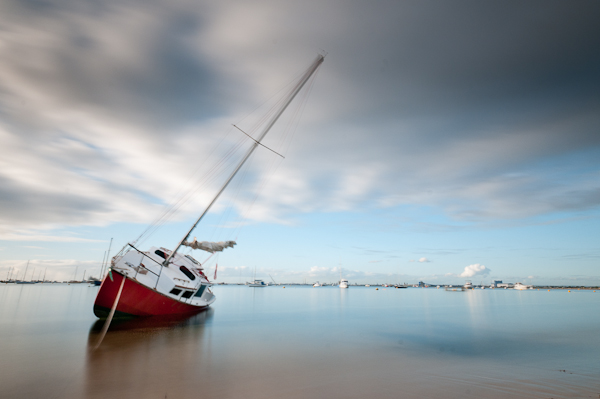 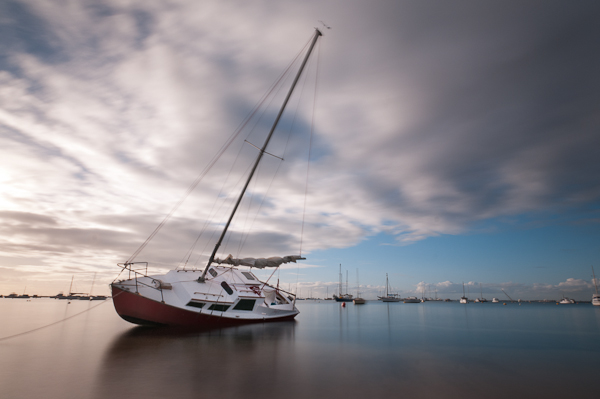 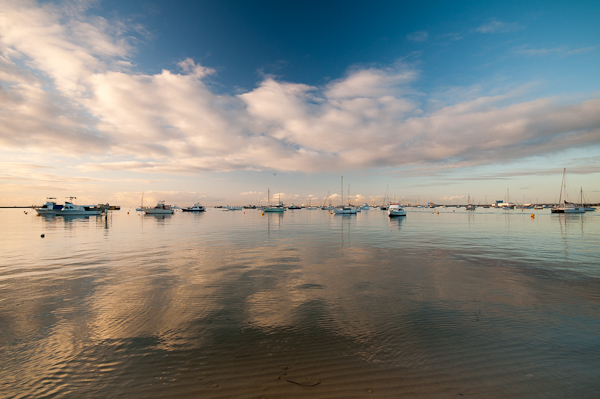 Long exposure shot – the boats were moving ever so slightly on the water, you couldn’t see it standing there, but a couple of minutes exposure shows it up 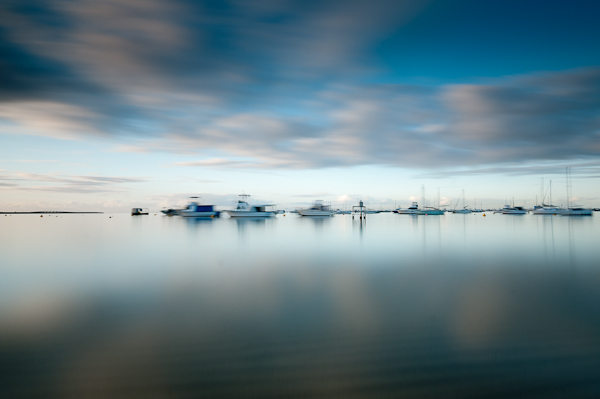 The light was fading now, so I started to walk back to the car 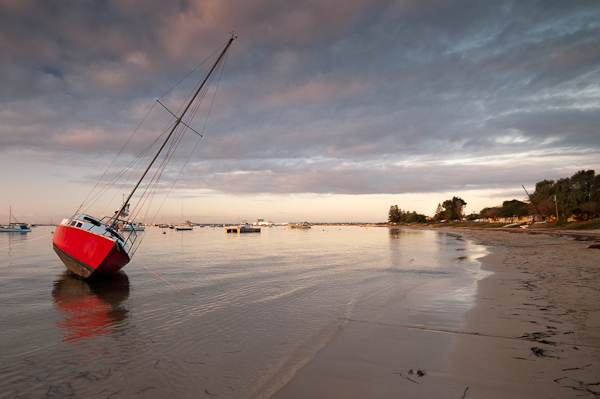 As I got back to the gate, the horizon was filled with sheets of rain. 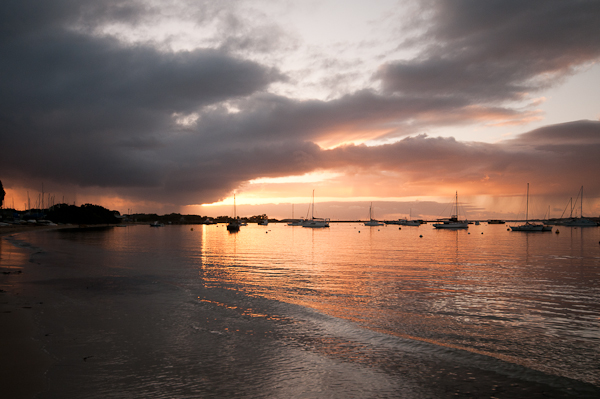 So that was my day.  A nice mooch about, some good light, some pretty photos and back in time to get wine and pizza before we settled in for a chilled evening.