Went for a walk

When the kids go their father’s house every other weekend, Saturday is the ritual lazy morning day.

Jay and I chill on the sofa, have a late breakfast and catch up with each other’s lives.  Well, it’s hard when we’re busy during the week to get a solid block of time to not have to think about other stuff.

Today we decided to go for a little amble down to the foreshore and get morning coffee.

So we wandered down to Rockingham and walked along the path that runs along the beach, chatting, taking photos (so one Mrs Nefarious could see – well, Jay was sposed to be doing the photo taking, but she couldn’t be arsed, so I did it instead) and doing the ritual catch up.

It was a beautiful day, almost 30C, blue skies, blah blah – it’s usually like that here though – perfect for a wander.  There were a few people about, some walking, a few cycling (including a lady in her late 60’s who hadn’t been on a bike for decades apparently, according to her chatty friend) and some teenagers walking in a big side by side group, all trying to be tough and hard and not give way (yeah, that worked well, chicken shits – all attitude and no substance!)

Starting out at the foreshore, which is a nice place to hang out with a coffee or ice cream

Walking down past the yacht club and the assembled kids and their little dinghies ready for their race  – beautiful beach this one.  You have to not look the other way though – the Kwinana industrial strip kinda spoils the view looking north 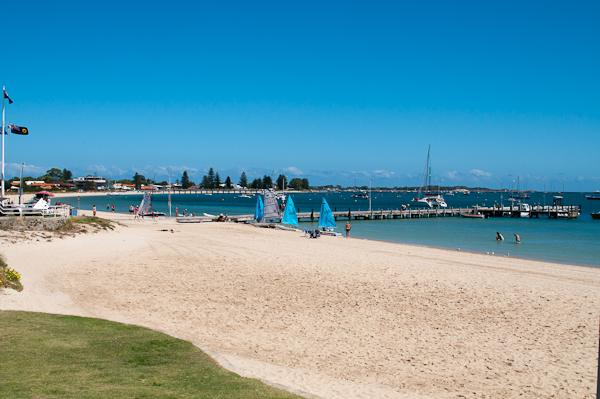 There are some nice houses along the way too

The path itself could use some shade, but it’s nice to look unimpeded at the ocean

Just before the jetty there’s a memorial with 6 wild geese to 6 Irish convicts that escaped from Fremantle prison (I’m not sure why we are celebrating escaped convicts in a country that was founded (glossing totally over the indigenous history here – I’m not going down that rat hole) to host them, but anyways…)

We walked up to the jetty and watched the kids fish off the end of it, their ‘massive’ fish that was ‘hell big, ay’ was actually only 8 inches long and hardly bigger than their bait!  At least they’re all outside having fun and not getting into trouble. 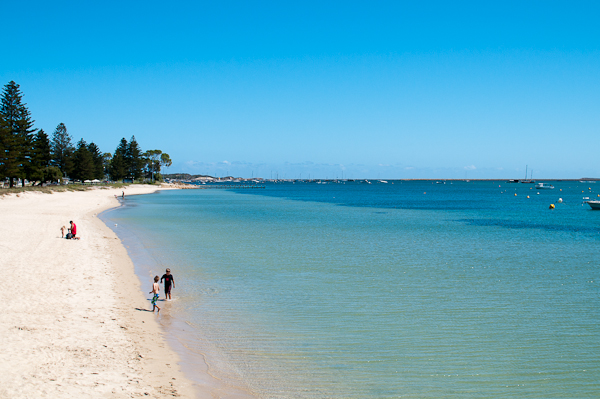 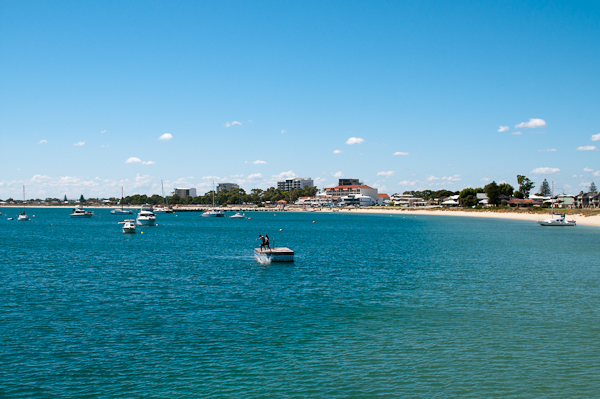 By this time, it was later than we had planned, so we stopped off for some lunch in lieu of coffee.  And yes, I did watch the lard and ordered a Greek salad (with some fries to share) and forewent any notion of a lunchtime beer to offset the late summer heat.

3 Comments on “Went for a walk”