I’ve been a busy bee these last few weeks.  I decided that a year of inactivity on the house was a bit crap so got down to prepping and painting

First, little ‘un’s room, as she was happy to clear up and empty her room without any complaining, unlike big ‘un, who just whined and moaned that it would be too much like hard work and she’d do it later – aka never.

So, little ‘un gets to have her room done.

We went out to choose the paint together – big ‘un decided, once again, that lifting her boney arse off the couch was way too much trouble, so she would have to have the same colours as her sister chose.

The plaster was in a mess, so it needed a lot of patching first, but soon we were underway and the room was transformed.    It took nearly 3 coats to get it all smooth and matt like a good paint should be, and now she has a lilac room with darker purple feature wall. 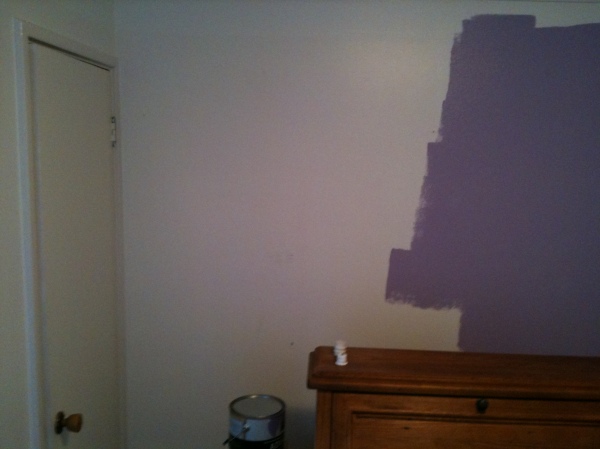 en, once we had prodded big ‘un into action (and she realised she was actually going to have some fun) we got her room cleared and ready.  Hers had a delightful wallpaper border around the top which had to come off first, so with sponge and scraper, I proceeded to make a mess – the girls even happy to help.

The wallpaper came off with little trouble, and after some sugarsoaping and some filling in of holes, I started painting.  Trouble is, it was very wet outside and the paint took ages to dry, infact, one coat took nearly 12 hours and it was still tacky.  It got finished today.

I also painted the study – rich cream in 3 walls and dark brick red as a feature wall.  Just got to do a second coat of red in a few minutes and then we’re done. 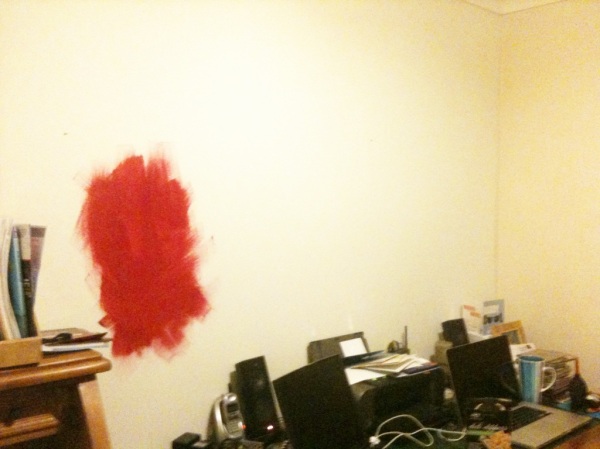 I got silly with red paint whilst I had the chance.. 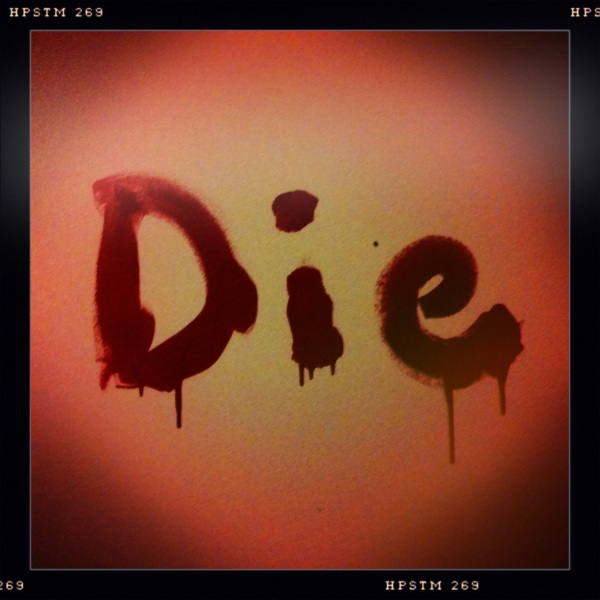 At least the monsoon like storms have passed over for now.