Well, dear readers, I trust you all had a wonderful Christmas 🙂

Its that little lull in the proceedings, that odd time of the year now between Christmas and New Year when nothing much happens.  Some people are at work, a lot of shops are shut on the Public Holidays that are in lieu of the Christmas weekend, but most people are kinda just mooching about waiting for their New Year parties!

I had a good day yesterday – I dropped little ‘un off to a friends house for a play date then headed down, yes, you guessed it, to Safety Bay.  Well, it was blowing about force 5 against a crystal blue sky and 31C – how could I not! (and it’s the same again today)

As I drove up along the road, I could see the sky was full of kites – a very good sign that some decent riders would be there too.

And I wasn’t disappointed.  A lot of the pros that are here for the summer season have teaching jobs with the local kite surfing school, so they’re all set, but generally they’re busy until the end of the day, but there were still plenty of really good guys there, including Aaron Martin, who I’ve met before and was kind enough to pull some moves again, Ian Curry-Lindahl, a young kite surfer from Belgium over on a 2 week holiday and also local rider Justin Brown

I stood in the water for 2 hours with the wide angle lens, got soaked and got some incredible shots that have taken the best part of a day to whittle down to a handful of the best pictures.  So, here, for your viewing pleasure…kite surfing photo heaven!

This guy is really up for some risky stunts – coming up close in relatively shallow water and taking off right over my head – pulling some crazy moves in the process.  Even going as far to crack his head on the sand in only knee deep water.  Big respect – got some fantastic photos, but man, you’re nuts! 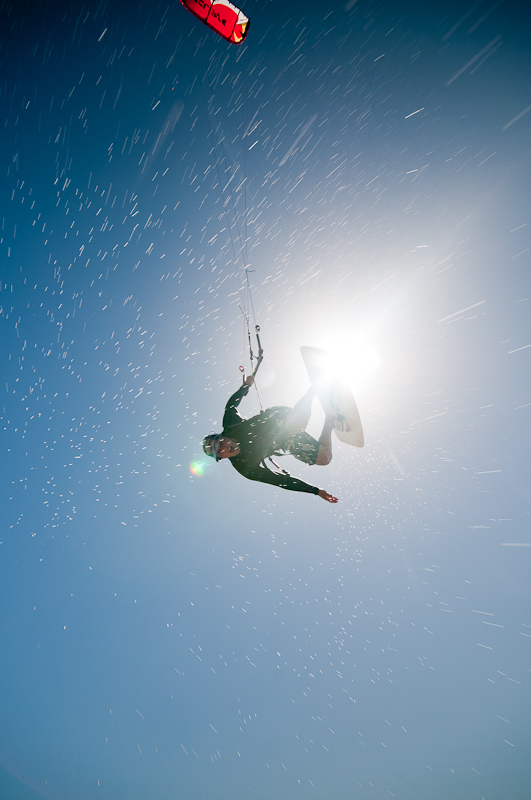 He’s such a nice guy, soft Belgian accent, big smile.  He has also competed a few times on the PKRA pro circuit, so he’s no slouch with the kite, that’s for sure.  He has a totally different style to Aaron, using his smaller build to his advantage to do quick twists and turns in the air, never going for the huge air, but rather focussing on the technical difficulty of the tricks.  He was very good to watch, putting in a lot of energy into every move. 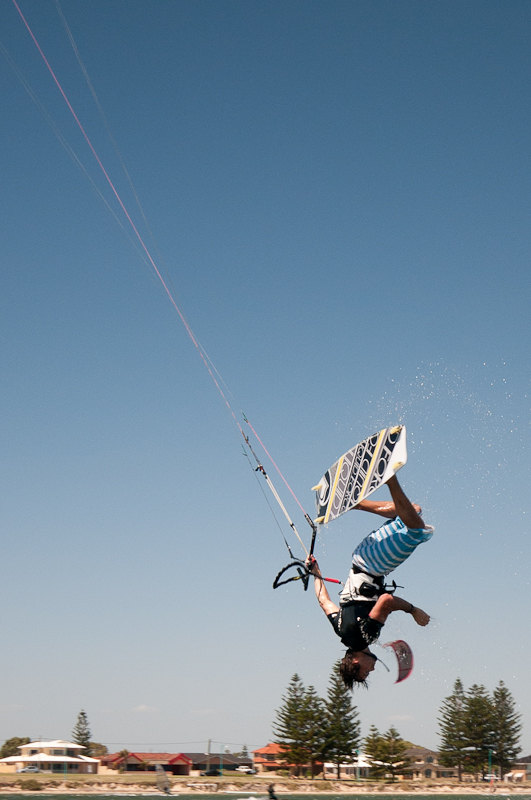 Lastly, one of the Safety Bay locals – Justin Brown.

This guy was funny, his sense of humour comes through in the faces he was pulling and the crazy tricks he was doing.   He’s obviously been kitesurfing for a long time and he’s currently looking for sponsorship – he deserves it too – he was very entertaining to watch and clearly has a good time out on the water and in the air (he pulled one of the biggest jumps I have ever seen) 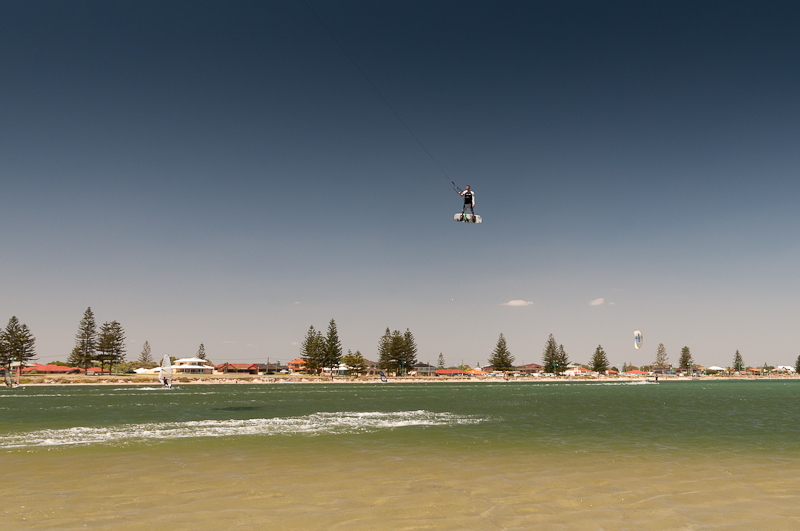 I have so many other shots from this session, but it’s so hard to choose my favourites!

← Santa has been!!
Its that time again →