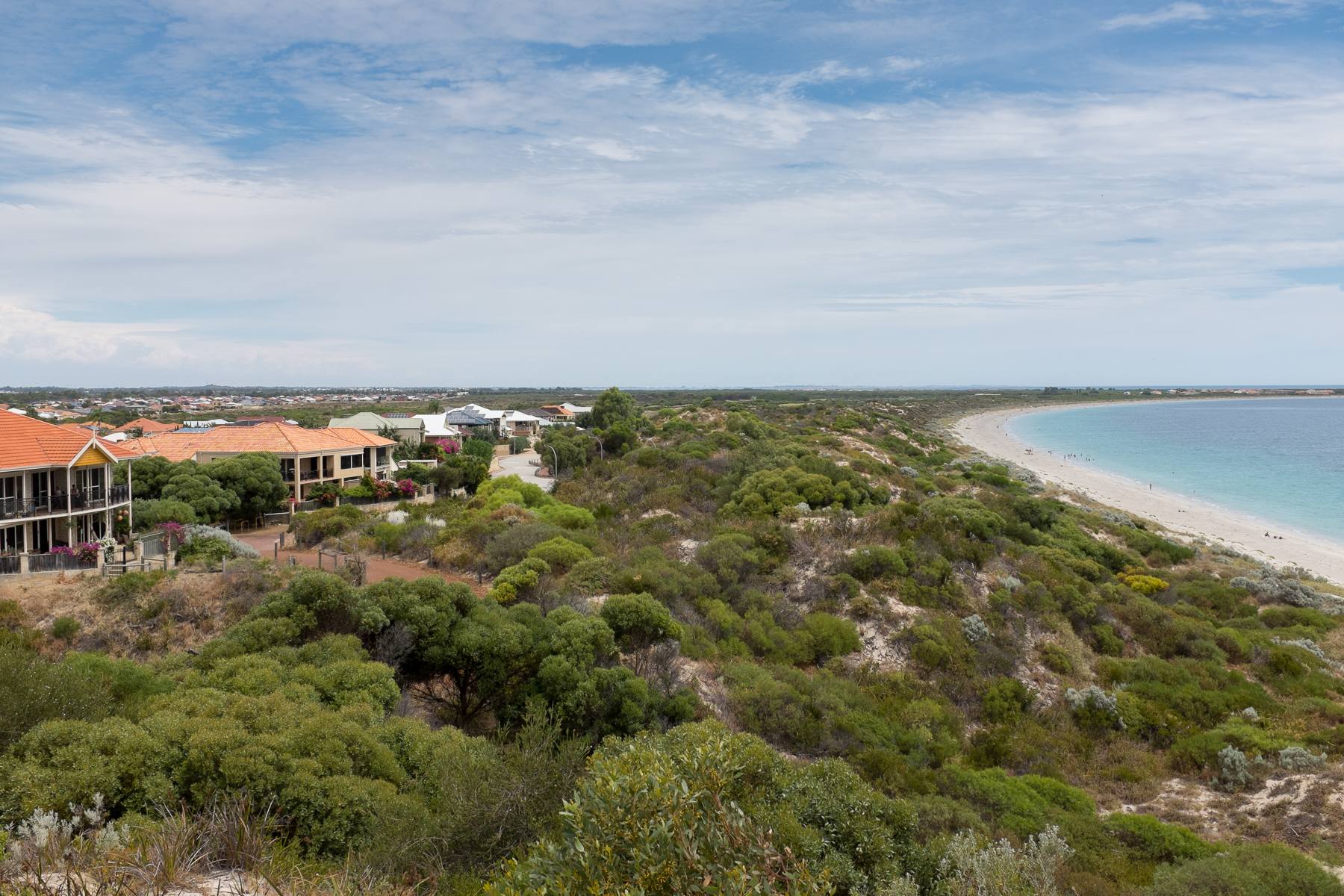 We’re pretty lucky here in the Southern Hemisphere.  Perth is far away from the world and very beautiful.

The downside is that we have all kinds of wildlife that is out to get us here,  but we also have tiny fairy penguins.  And they live on Penguin Island, only a few hundred metres off the coast near Rockingham, conveniently, only a short drive from my place.In the words of Bill Bryson on Australia

“It has more things that will kill you than anywhere else. Of the world’s ten most poisonous snakes, all are Australian. Five of its creatures – the funnel web spider, box jellyfish, blue-ringed octopus, paralysis tick, and stonefish – are the most lethal of their type in the world. This is a country where even the fluffiest of caterpillars can lay you out with a toxic nip, where seashells will not just sting you but actually sometimes go for you. … If you are not stung or pronged to death in some unexpected manner, you may be fatally chomped by sharks or crocodiles, or carried helplessly out to sea by irresistible currents, or left to stagger to an unhappy death in the baking outback. It’s a tough place.”

Thankfully, the penguins here are not armed to the teeth, or possess poisonous claws, they are just teeny and very cute.

And you can go visit them – there’s a whole dedicated visitors centre where you can see them being fed and swimming etc.  Very cool.

But first – some pictures of the bay where I live from a lookout on the dunes (ironically after my quote above, the lookout is named after local man Brian Guest, who vanished after being chomped on by a great white shark whilst crabbing just here in 2008) 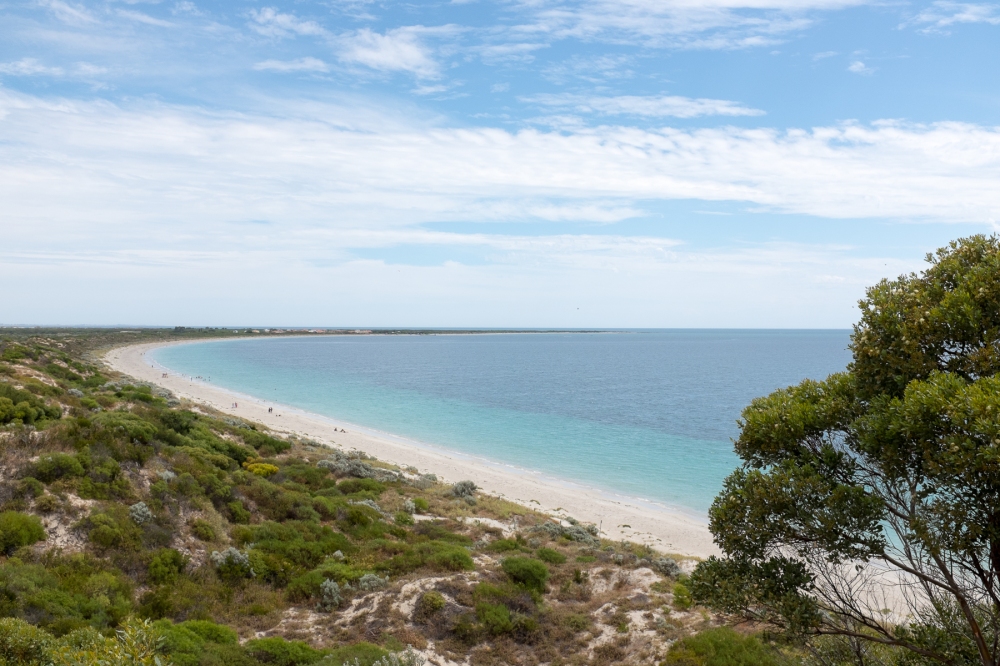 Onto the island – it’s a short but painfully expensive ferry ride across – or you can walk across a waist deep sandbar on low tide and still days.  Be warned though, people have drowned doing this..

I took the ferry over, with my leg not in top shape, this was really the only sensible option..

I saw this little chap having a drink in a water container.  I’d say they’re a young’un as they still had the baby feathers.  They are so cute though! 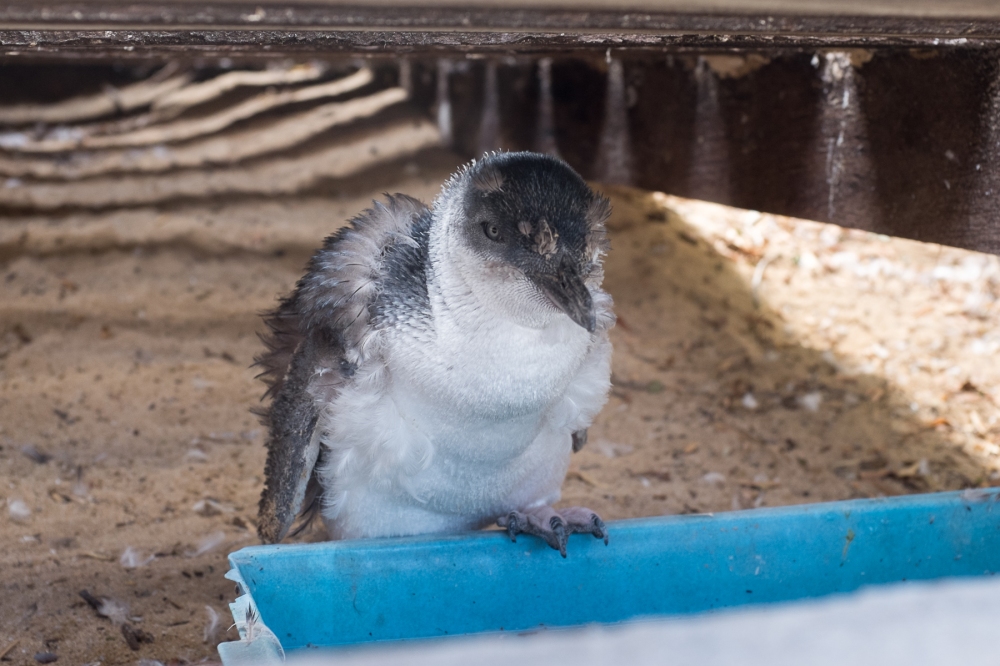 Climbing up (yeah, I know, this was difficult to say the least with a leg that doesn’t like bending) to the top –  the view was awesome. 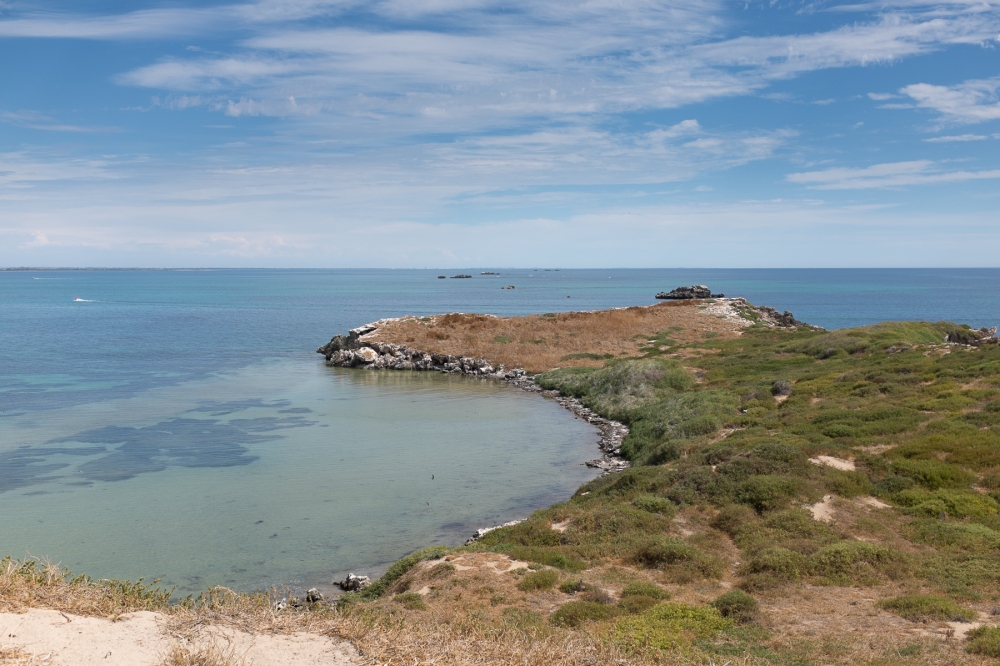 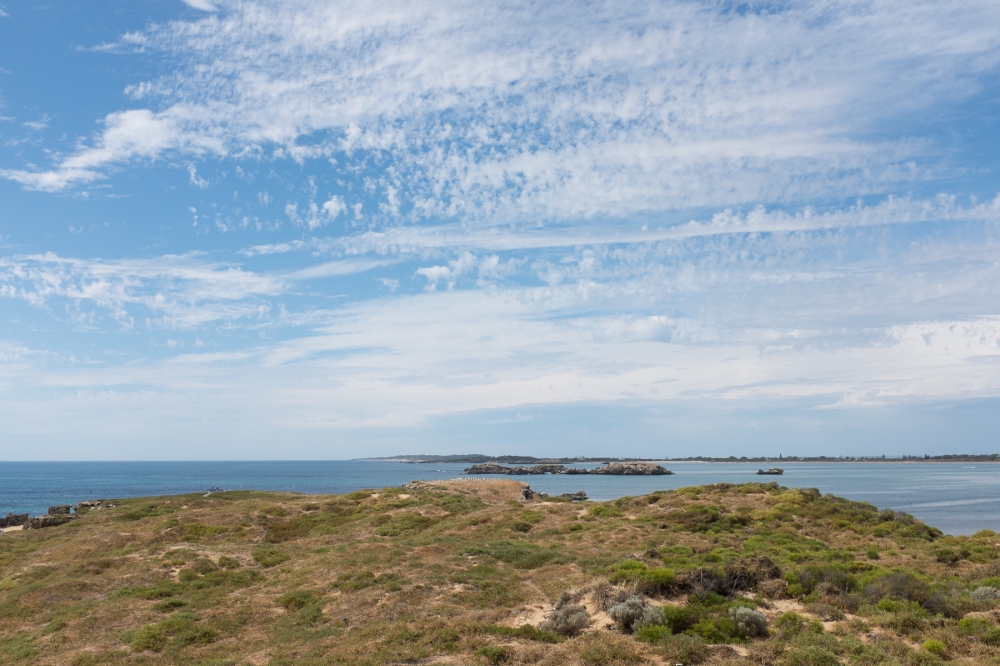 Some signs to help the visitor.. 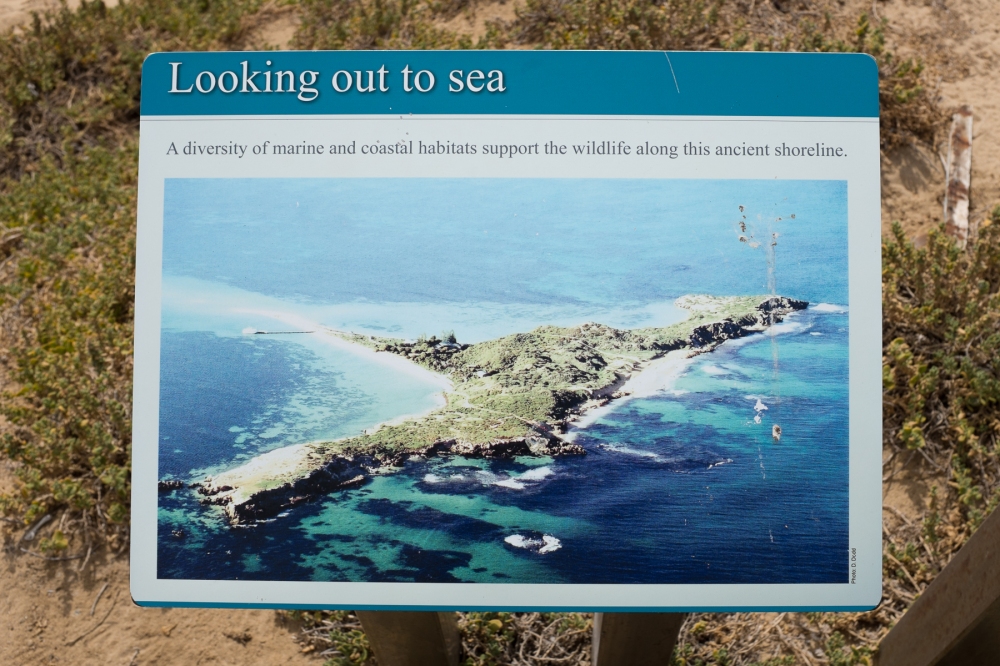 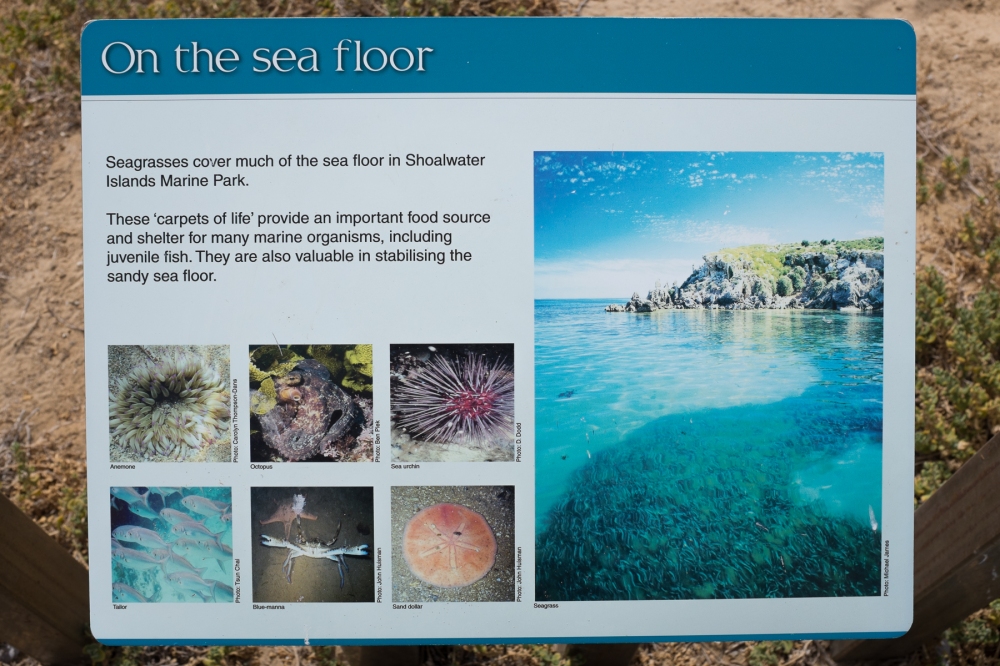 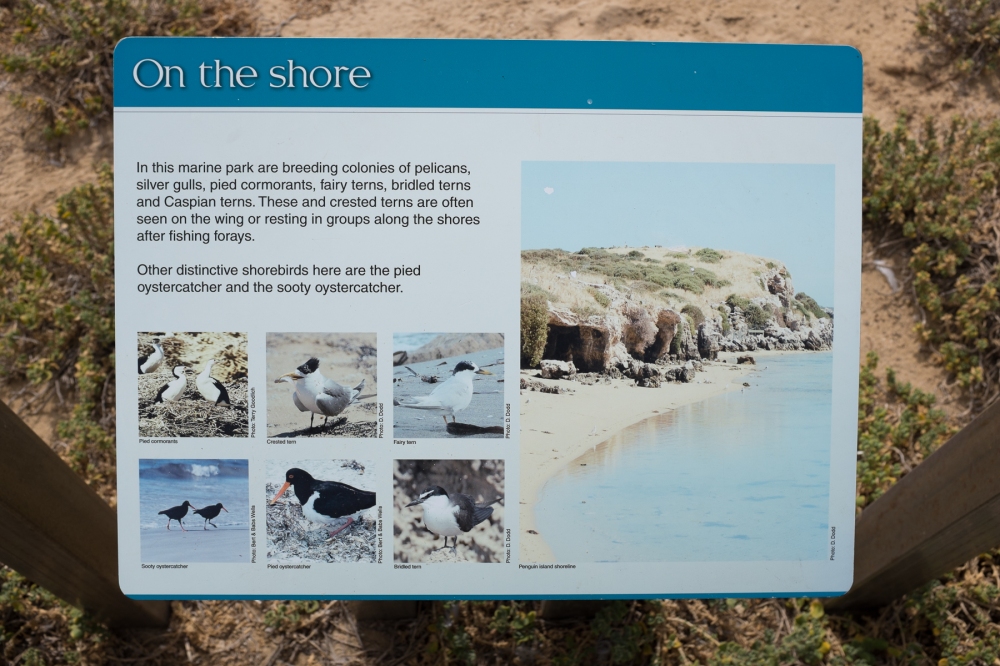 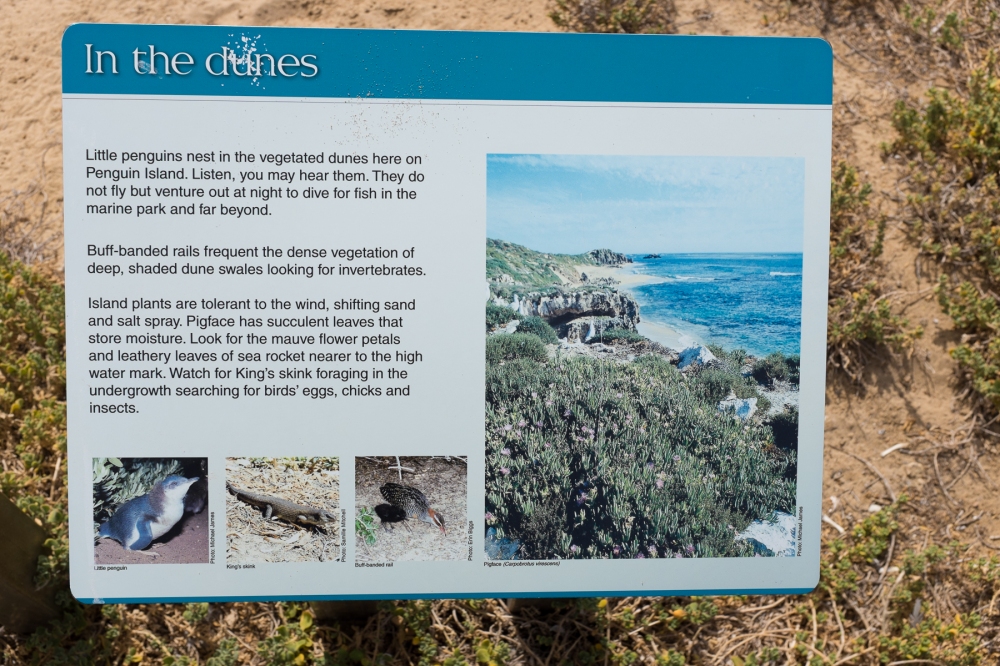 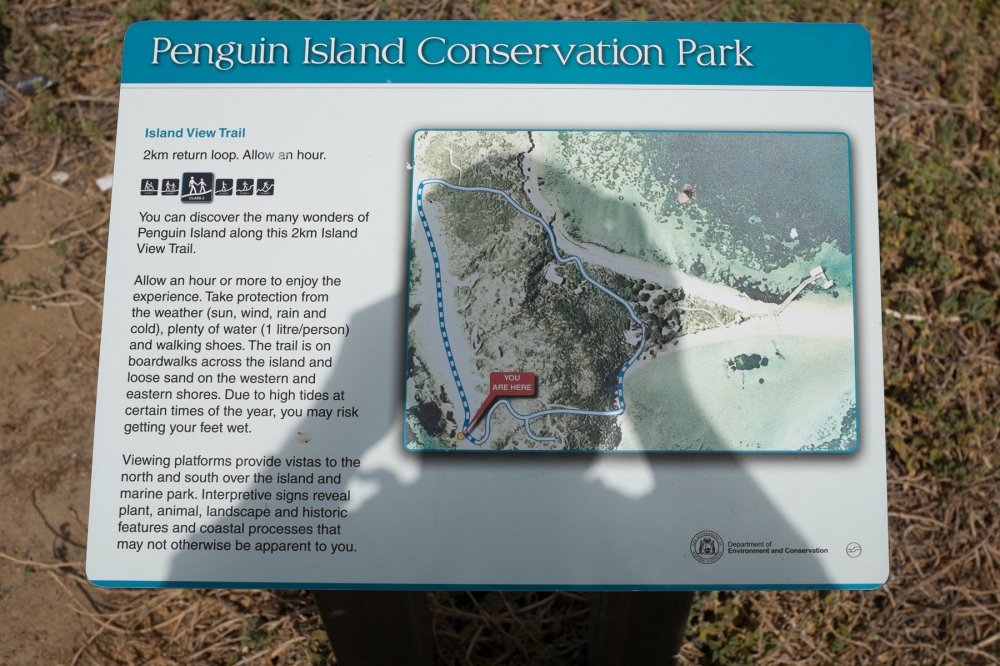 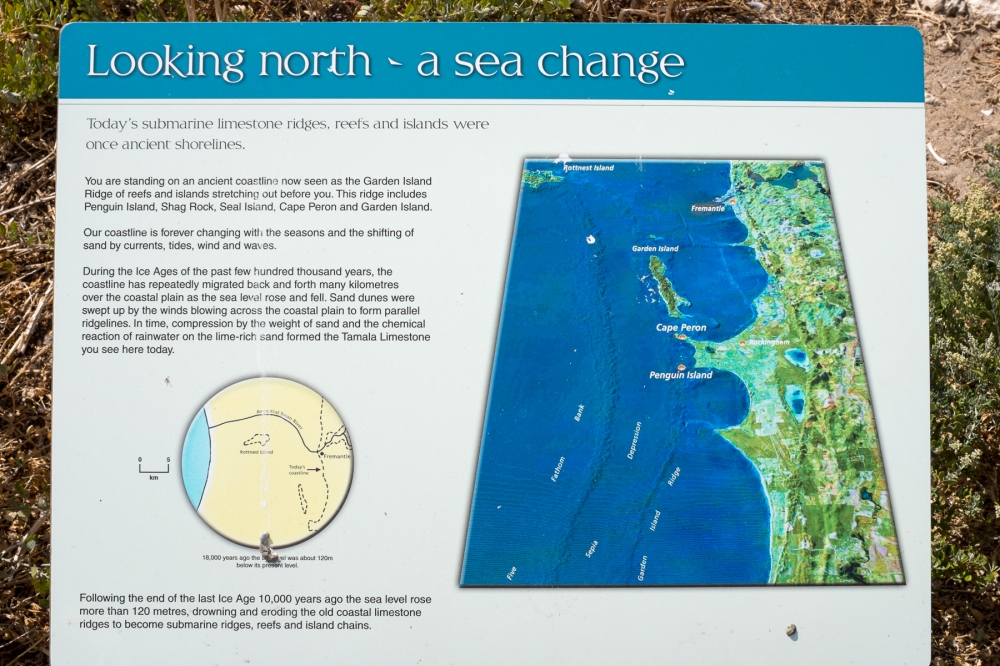 The view of the ferry leaving with almost the last of the visitors. 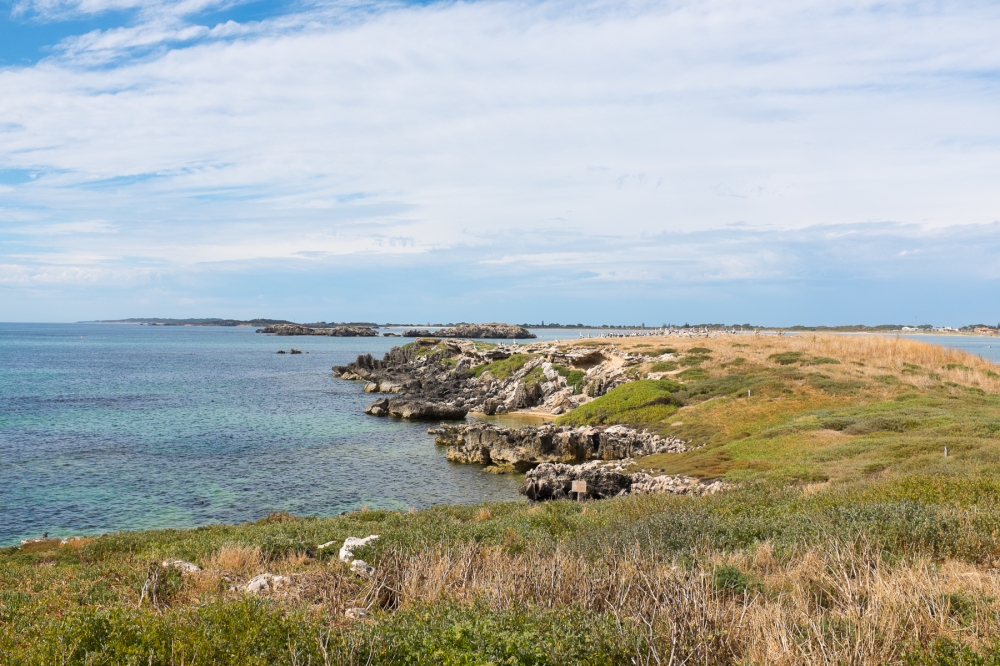 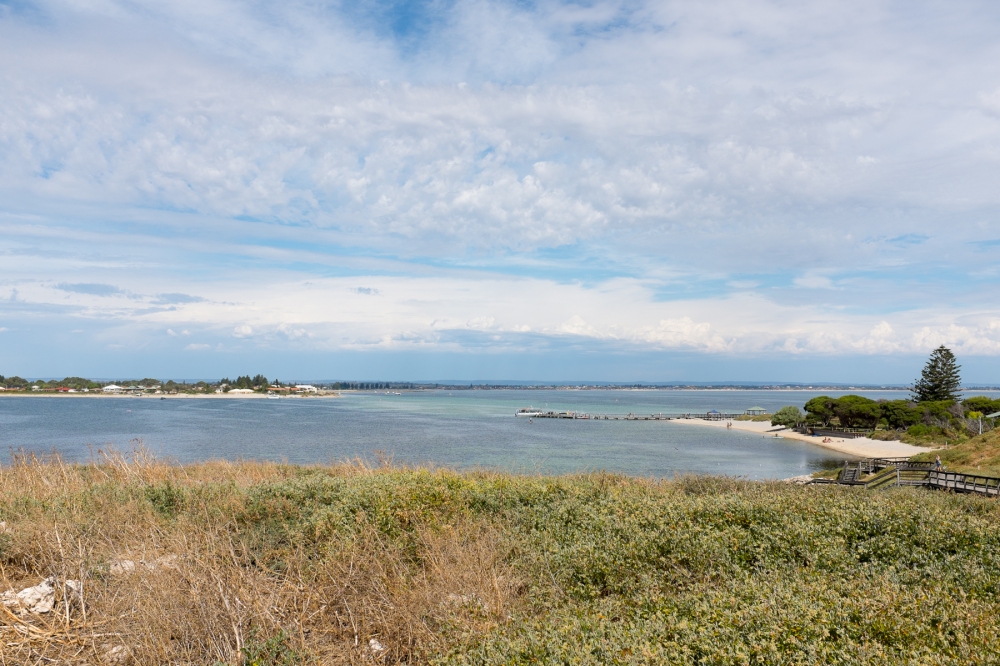 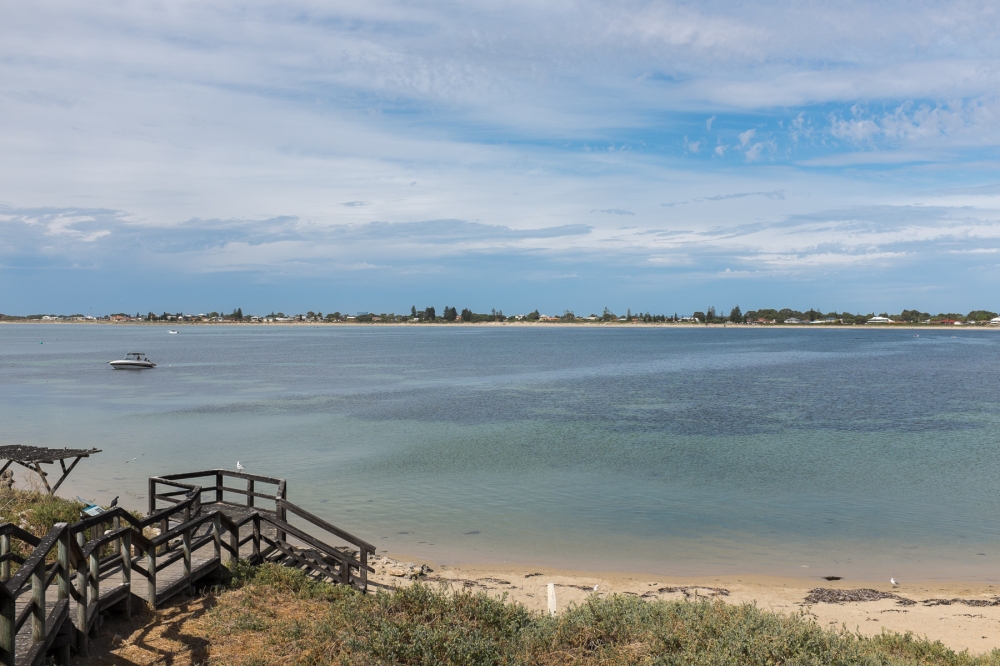 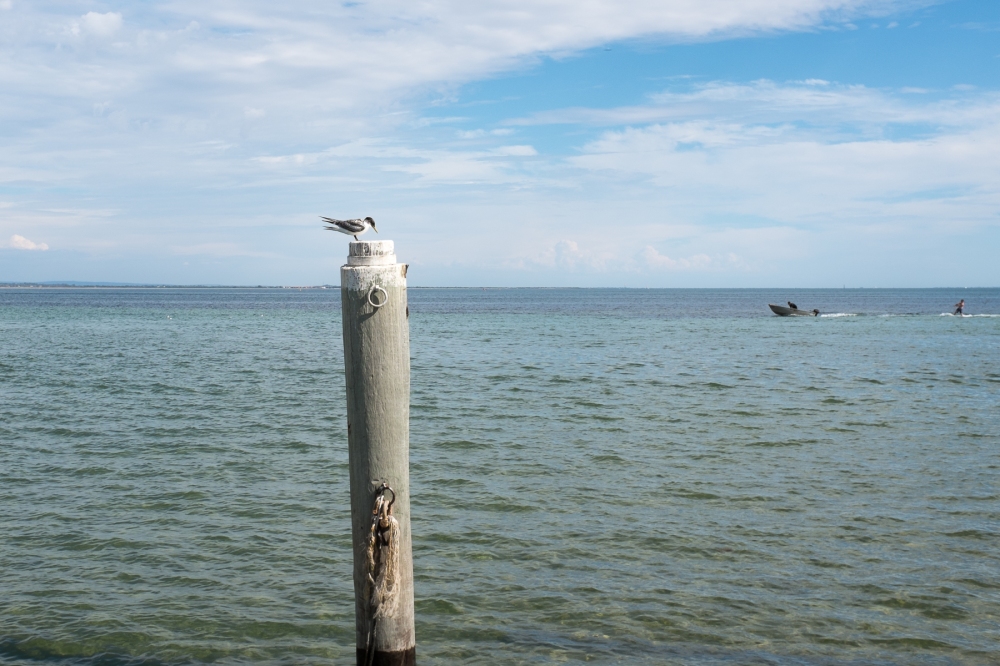 And that was it – caught the boat back and had a cool drink back at the cafe by the jetty.

Nice trip out, not expensive, unspoiled, simple and really what life in this part of the world should be all about.

6 Comments on “Trip to Penguin Island”