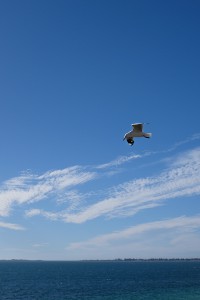 I went out for a ride on the bike in the afternoon sunshine last weekend.  Not too hot, not too cold – perfect.

I’ve taken snapshots, proper pics, family pics and on-the-way-home-iphone photos of every inch of the local landscape (or so it would seem) – so these are just repeats.

But its so pretty, so my care factor is low 😉

Point Peron – or Cape Peron to be exact, is a lovely (but well domesticated) nature spot in Rockingham.  Easily reached, parking (although be careful – this is a smash and grab hot spot as I have personally witnessed), crossed with good paths off which unspoiled beaches can be accessed – it’s a lovely spot.  And when the sun is out, the blue sky makes the ocean sparkle and everything looks peachy. 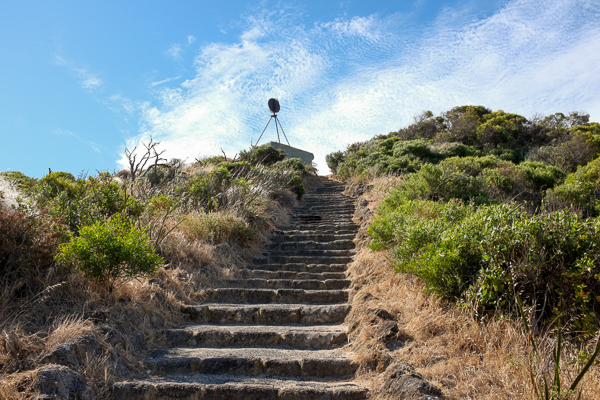 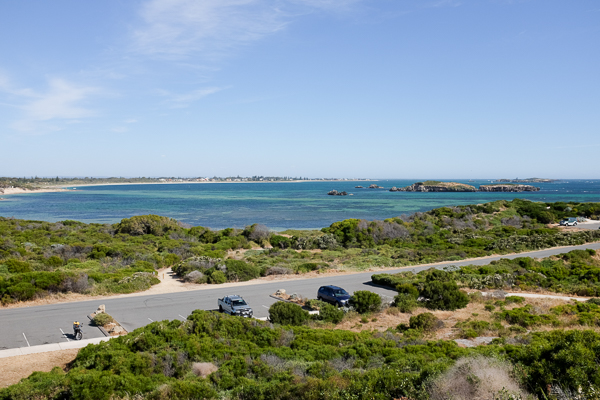 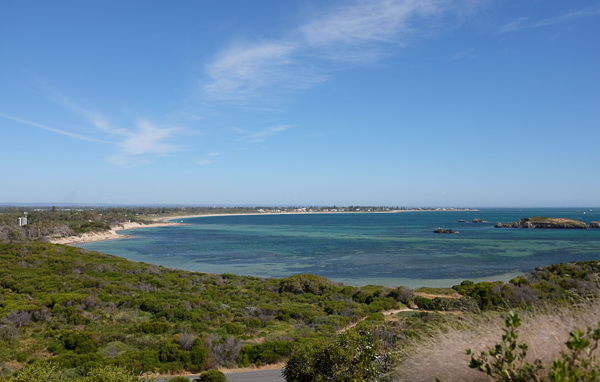 You can just see the towers of Perth in the distance, off centre to the left over the Garden Island road bridge.  About 55km away – we have good air here. 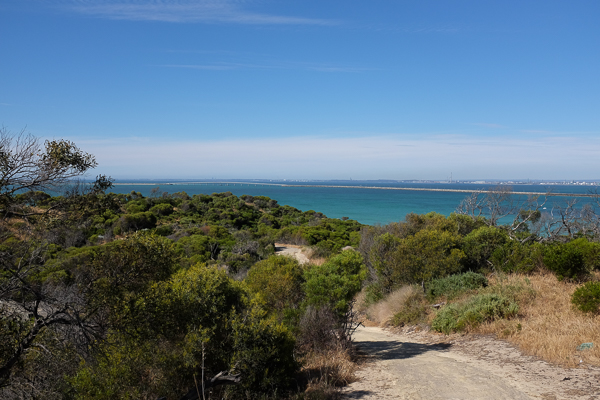 Heres a tight crop in.. (bearing in mind my camera has no zoom!) – the BHP tower and BankWest Towers are pretty distinctive. Central Park (which is equally tall) is pretty much hidden behind the BHP tower from this angle. 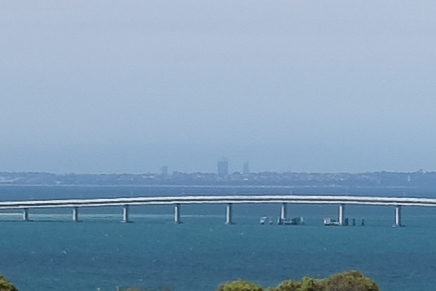 Onwards up the coast and back to one of my favourite haunts – Kwinana Jetty. 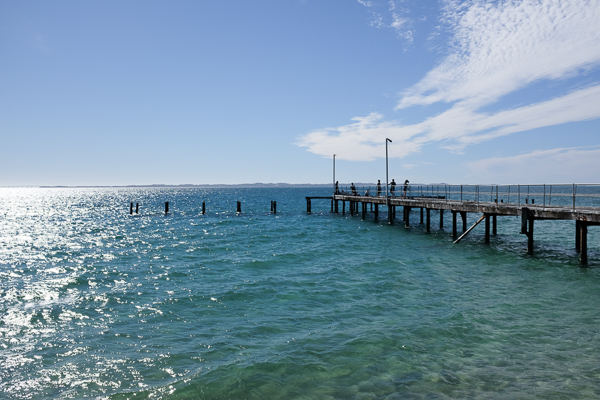 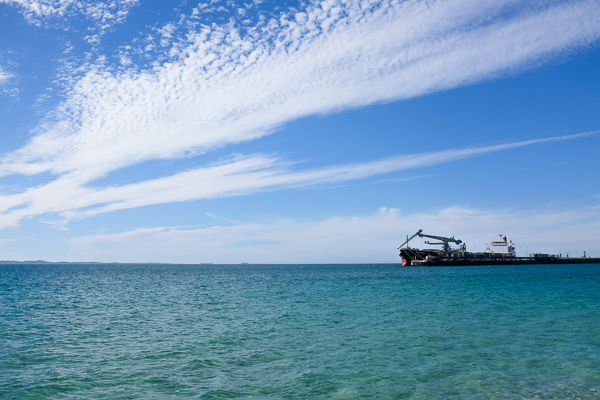 Here you can see the rusting bow of the hull of the SS Kwinana that is entombed in concrete here.  I’ve mentioned this in this post here.

There was a huge gathering of Aboriginal families on the beach on this day and they were very suspicious (but not hostile) of me wandering about with a camera, probably just natural parental instincts!  None of the kids cared less though, as is the way with small children, and the little tots were quite happy and inquisitive as I tried to get pictures from various angles (avoiding the people swimming etc).

I’m not quite sure why the group (or maybe 100 people) chose here rather than the prettier beaches a little further down towards Rockingham, as this location is bit surrounded by industry, less ‘nice’ and is usually used by people to fish or have after work beers.

However, the beach and ocean are still sparkling clean, so it is possible they just wanted their own relatively private space where they wouldn’t be hassled but I couldn’t help feeling it was a reflection of the distance that is quite apparent in in society between Aboriginal people and everyone else.  By this, I don’t necessarily mean this is born from racism or discrimination (but I’m sure there is some of that), but there is a noticeable ‘us/them’ sentiment on both ‘sides’.

Either way, it was nice to see lots of people out enjoying themselves but a shame, for whatever reason, they felt they had to do it in a less than perfect setting separated from everyone else. 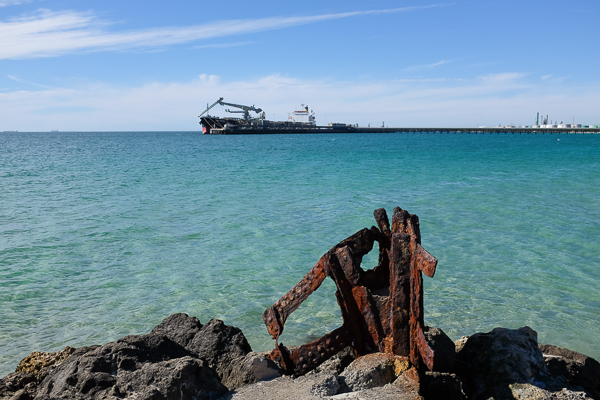 Moving on from Australia’s slightly awkward social issues (by the way – if I do have Aboriginal readers – I’d be interested in your opinions) – I headed home, enjoying the landscape from the bike and not stopping for any ore pictures.

I headed upto a familiar beach lookout and sat staring out to sea in the stiffening afternoon breeze, watching the seagulls wheeling and surfing on the currents of air. 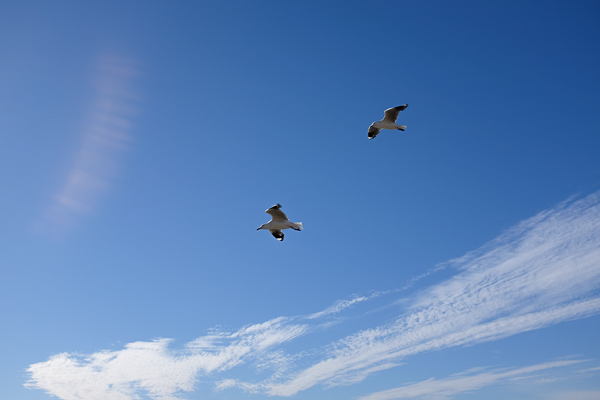 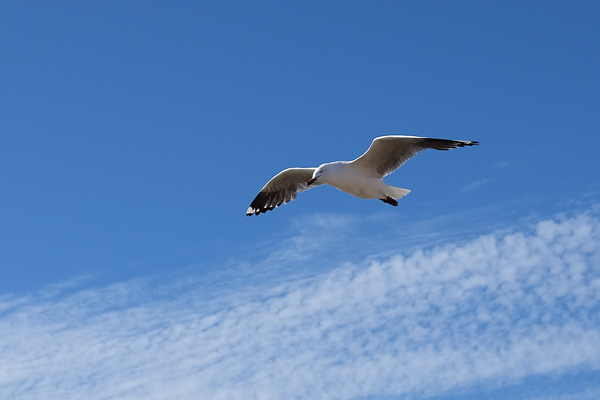