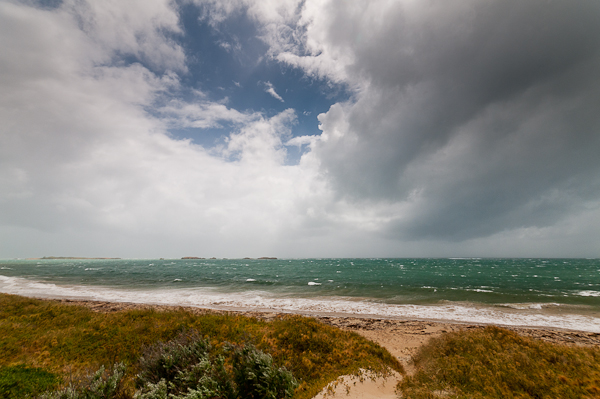 Well, it seems that winter isn’t quite done with us here in the Southern Hemisphere!  Normally the low pressure troughs have fully moved south by now and stable warm summery weather is here to stay until March.

But not this year.

It’s been a spring of fits and starts, warm days and squalls. It’s like a misfiring car.

The weekend was warm and dry.  Today we have violent storms with howling gales and torrential rain

I was in Perth this morning for a second interview for a very interesting job and caught up with a friend for a coffee beforehand – it was pretty windy already when I got to the city but by the time I left, the rain was cranking too.  When I got home, I learned through the @tweetperth twitter feed that trees were down, power was out in places and boats had come off their moorings where I live.

So naturally, I hot footed it out with the camera.

It doesn’t look much, but each one of those yellow or red blobs on the radar is a little ball of fury.

The wind was whipping up salt spray and blasting sand into my ear – it doesn’t look it from the picture, but it was hard to stand upright and I had to clean the lens every second shot as it was covered in salt.  I took full advantage of a little break in the rain and clouds to take some pictures from the beach. 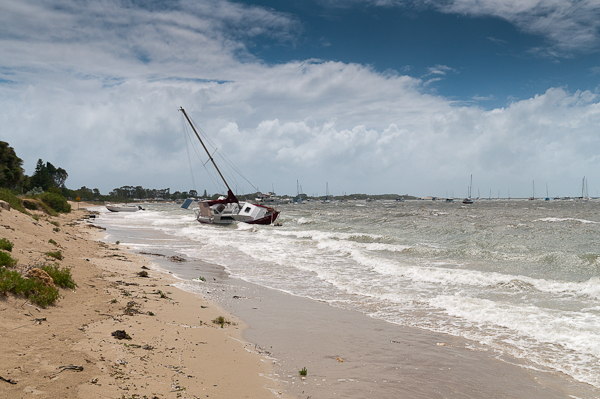 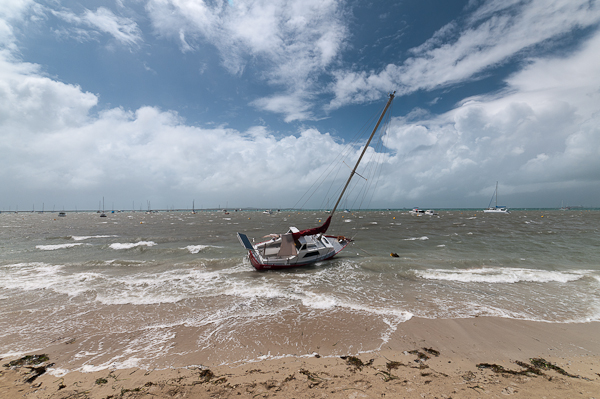 The jetty was underwater – I tried to get closer to replicate some other shots I have, but the waves were just too high.

See here for those old pics – a very different perspective!!

This was quite a large ketch rigged yacht that had come adrift and run ashore, thankfully its just soft sand and there’s probably little damage.  No idea how they’re going to get it off – the tide is really high – when the storm goes, it’s going to be almost high and dry! 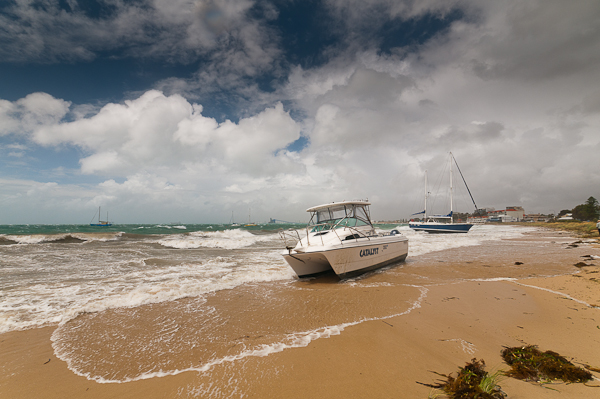 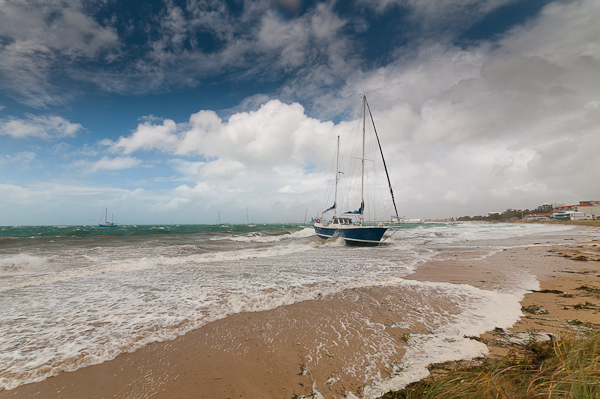 I had to make a dash for it as it started pelting with rain – you can see it on the picture – the lens was soaked!

I bumped into a couple of photographers – one from the local paper and the other from the West Australian – one wanted photos of me taking pictures of the boat, but we were both struggling in the spray and wind!

I went round the coast a bit further but sand was whipping in so badly and stinging my face so I had to give up after just a couple of pictures. 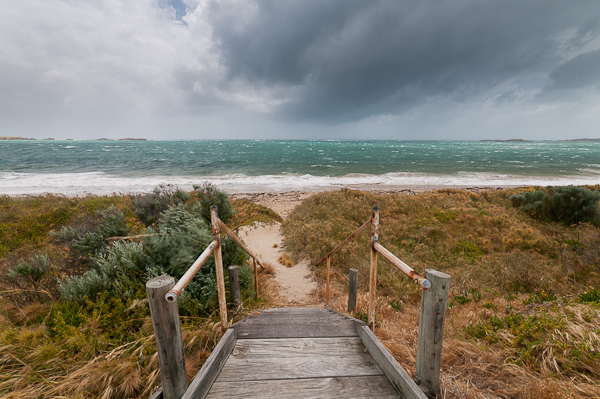 The wind is supposed to strengthen significantly tonight, gusting to 125kph (about 75mph) which is hurricane strength.  Sustained winds are already at ‘storm’ or ‘violent storm’ according the Beaufort Scale – trees are already being uprooted and buildings in the city are losing sections of roofing.

Wish us luck – the house should be ok (it makes some interesting noises though!) – I hope my new fence stays up!!!

← Peaches
what a difference a day makes →