So I decided to do something different

There’s nothing inherently wrong with a colourful sunset, especially at the beach – as you can see, they’re perfectly decent.

The tide was coming in (not that we get big ranging tides here) and I almost got surprised by a wave, causing me to leap backwards to avoid getting my boots wet – this is fairly evident from the footprints 😉 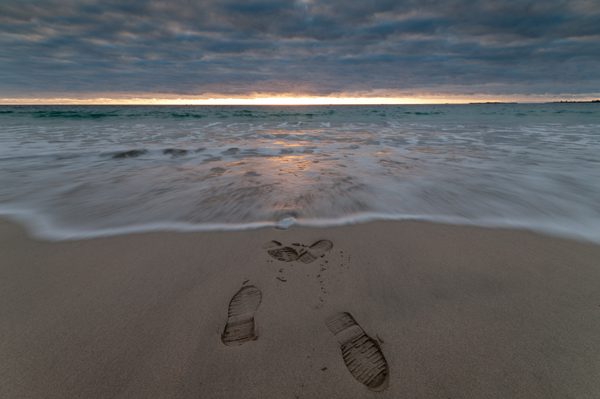 Anyway, the rest of the shots, even though the sky went a brilliant red, were a bit meh.

The waves were washing in a long way and then leaving that huge strand as the water retreated back.  I tried to capture this with longer exposures, but the colour shots really didn’t show it up.

So I changed them to black and white and thats where things got a bit more interesting 🙂 It changed the mood so much you’d think I’d stood out there in a howling storm.

8 Comments on “moody and dark”