Drive out to the country 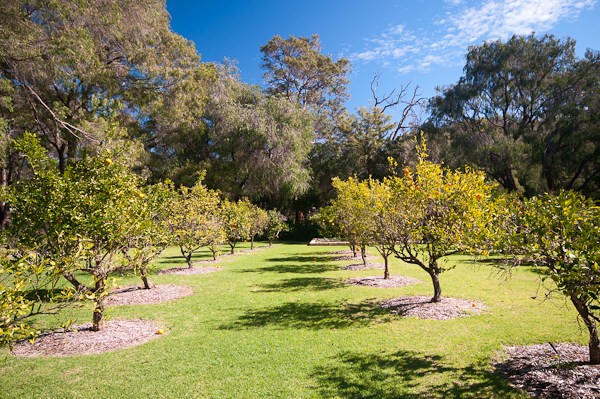 Yes, it’s another of those weekend photo posts!

Jay and I decided to go on another little drive out to a place we haven’t been before.  Well, to be 100% accurate, its somewhere I’ve not been before – Jay has been to most places having lived here for 20+ years, but me being Johnny Foreigner, I haven’t really been to many places outside of Perth.

So – destination Harvey, the garden Shire of Western Australia.  Well, one of them, I’m sure there are loads really.  There’s a lot of milk, orange juice, cheese and beef produced here – the brand – Harvey Fresh is found everywhere.  Not surprisingly then, the journey down, as pretty as it is, is mostly made up of miles and miles of farms, which aren’t very photogenic.  Ah well.

We got to Harvey and stopped off at an old heritage cottage that was now part of the tourist bit of Harvey.  Ok, was really the only tourist bit of Harvey.  But it was very nice, with a beautiful (replica) of an old 1860’s homestead – Stirling Cottage – set in lovely orange grove gardens teeming with monarch butterflies on the banks of the Harvey River 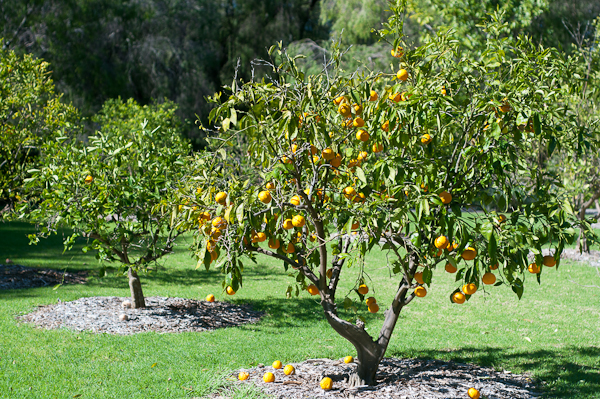 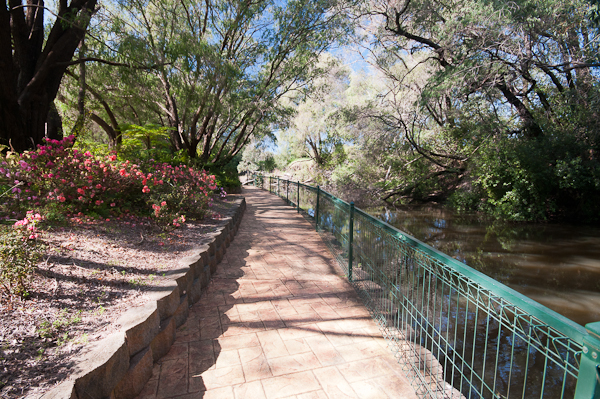 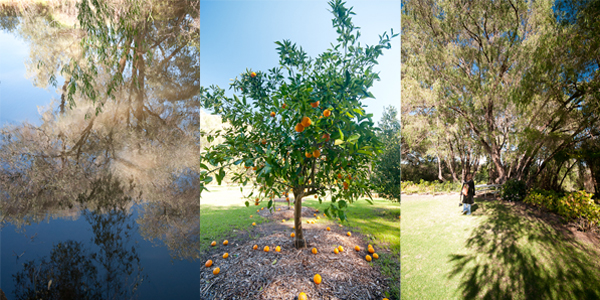 After a walk around the grounds, we popped into the house for some lunch (it’s now a cafe, in case you thought we were being seriously cheeky).

The menu looked awesome and we wended up quickly gravitating to a the tasting plate of breads and dips for two.

Jay was impatient waiting for the food and kept herself amused, even nibbling the fake flowers. 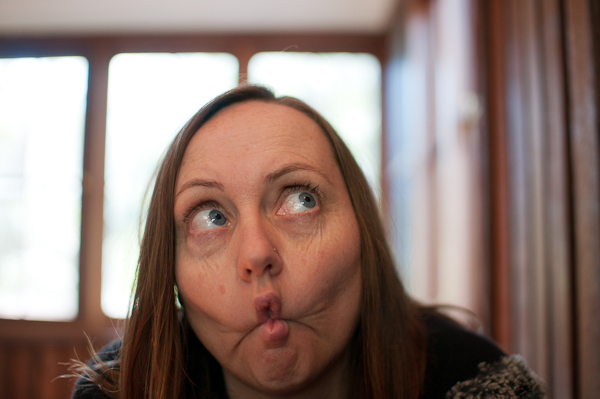 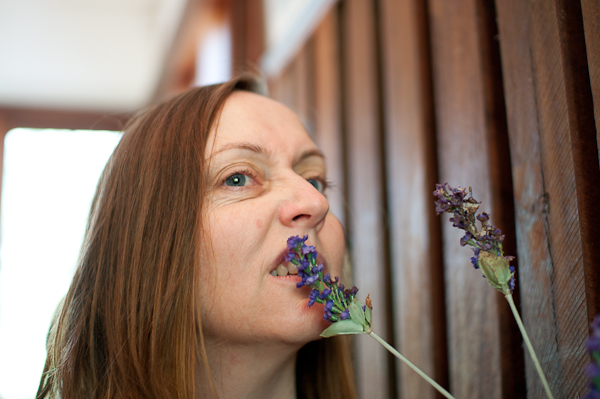 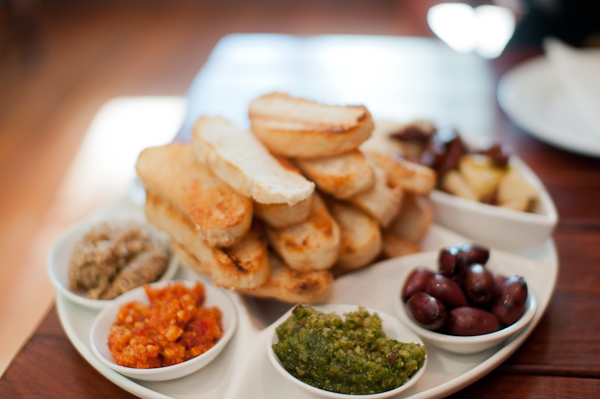 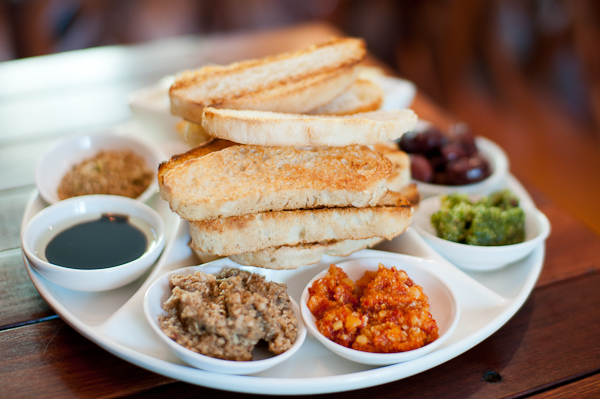 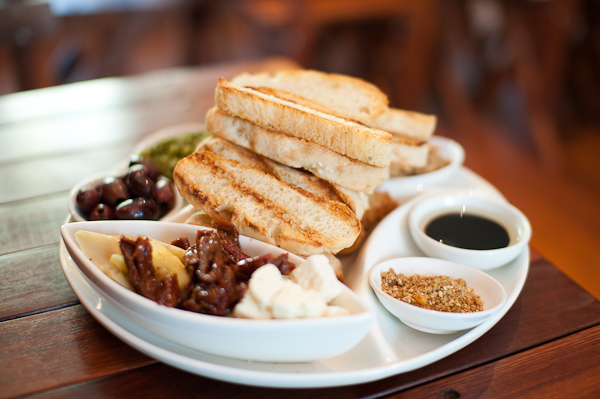 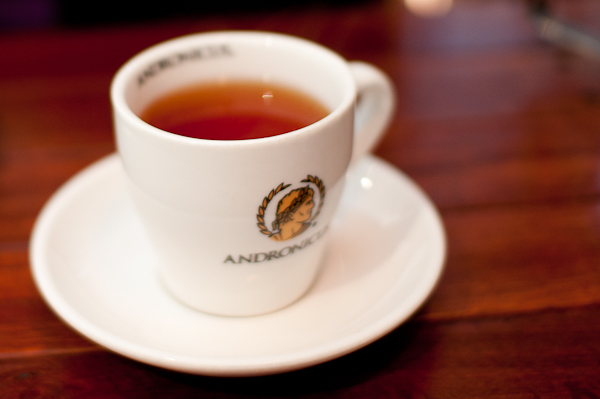 Then, full of lunch and coffee, we went for a walk to the old trestle bridge- yes, this supports the South Western Highway, massive trucks and all. 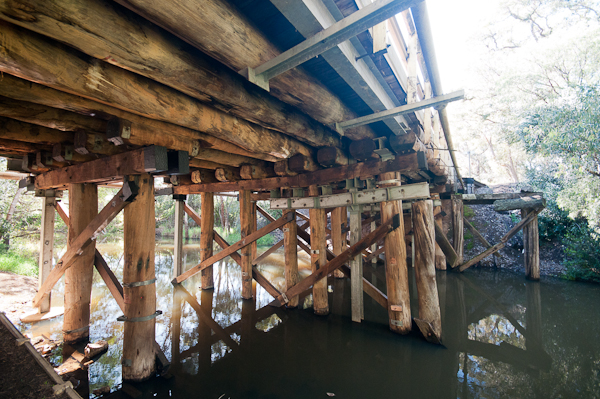 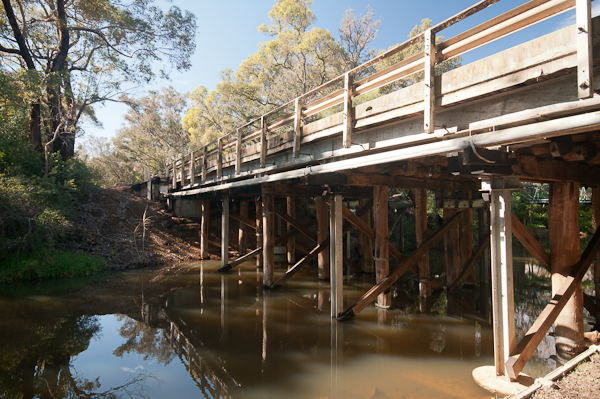 Then off to the Harvey Dam, which is one of Harvey’s notable landmarks apparently, but was disapointed to find there was no diving allowed.   I’m sure a nasty head wound onto the granite blocks sounds like great fun.  I think they must have planned for more capacity than has been delivered by rain than we’ve had this year.

Then, with tea and a slump for the afternoon very much on the cards, we popped into buy some cheese from the cheese factory and made a bolt for home.

We’ll have more stories from WA next week

7 Comments on “Drive out to the country”