As the girls were spending the weekend with their dad, Jay and I decided to take a day trip south to Cape Naturaliste and Dunsborough.  Its a couple of hours easy driving down there and the weather was beautiful as usual.

We were aiming for a Yoga retreat with a vegan eaterie as our first port of call – Samudra – or Ocean in Sanskrit, apparently.  We had a lovely coffee and then really yummy vegan lunch before heading to the ocean to cool down a bit.

Armed with new swimming togs thanks to a surf shop, we headed down the track to the Cape Naturaliste lighthouse, which was a disappointment as you had to pay to walk up to it.  Pah to that, we drove down to Bunker Bay, which was ber-you-ti-ful!

Deserted beach, white sand, blue sky, azure sea – perfect.  We went for a swim in the deliciously clear ocean, which turned out to be brass-monkeyingly cold.  Very refreshing though.  I must swim in the sea more often. 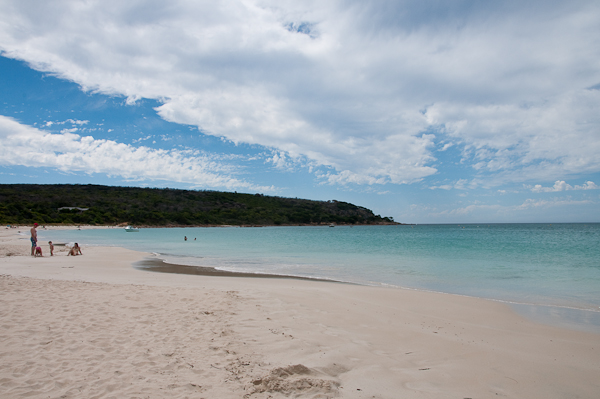 Bunker Bay was lovely, I’ll definitely be back.