I should qualify this.

It wasn’t a race

But it was half marathon distance and I did run it – so my goal for (admittedly last year) is now achieved. And slightly unexpectedly.  I didn’t set out knowing how far I was going to go.

But I’ll take it, half marathon is in the bank, accidental or not.  I’ve been looking at doing the full end to end Kitty’s Gorge again now my lower back has healed up and a cooler weekend came up. I was planning to walk it.

So I kilted up, filled the camelbak and set out on my walk.

Which promptly turned into a run.

And it was amazing – went out early, so the trail was empty, it was a cooler day – mid 20’s, (which is unheard of for a Perth summer) and I felt great. 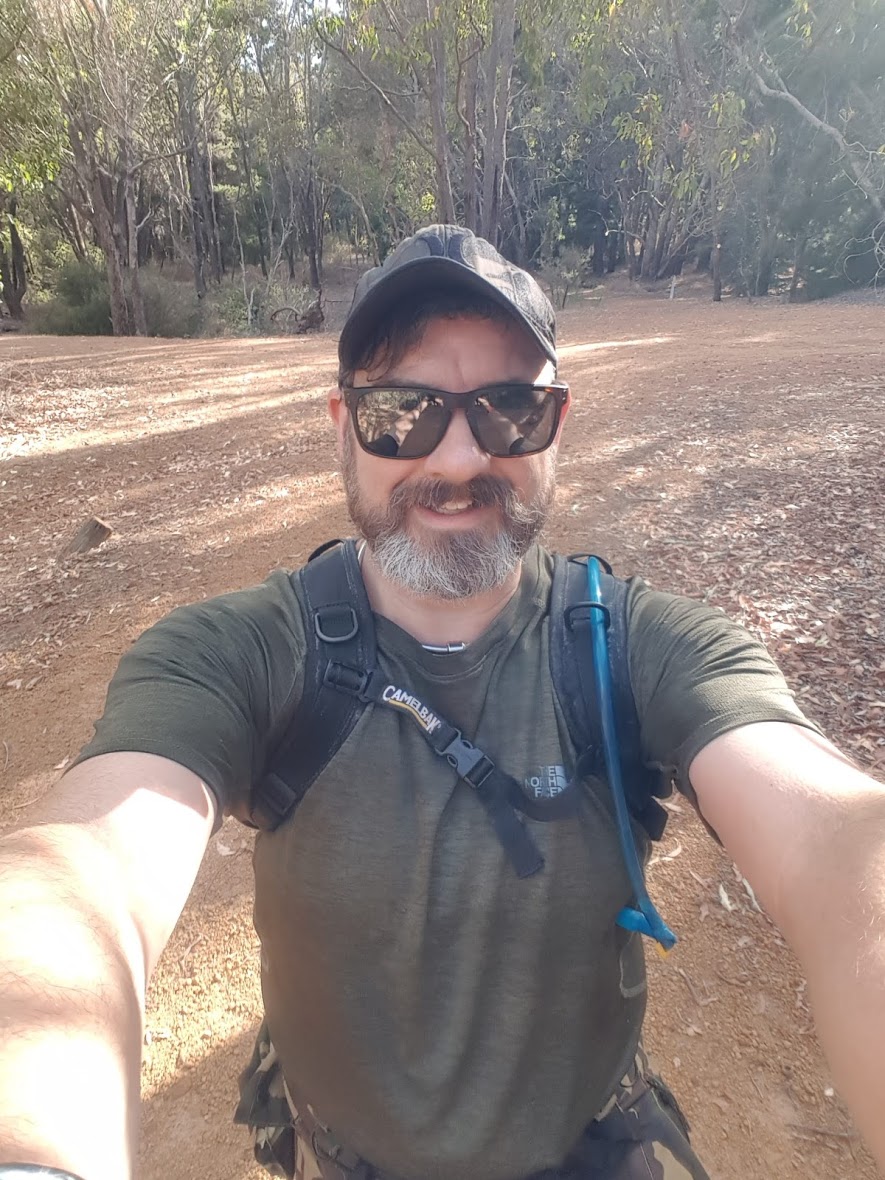 So I kept on running.

I got to the now dry falls, had a drink and carried on! 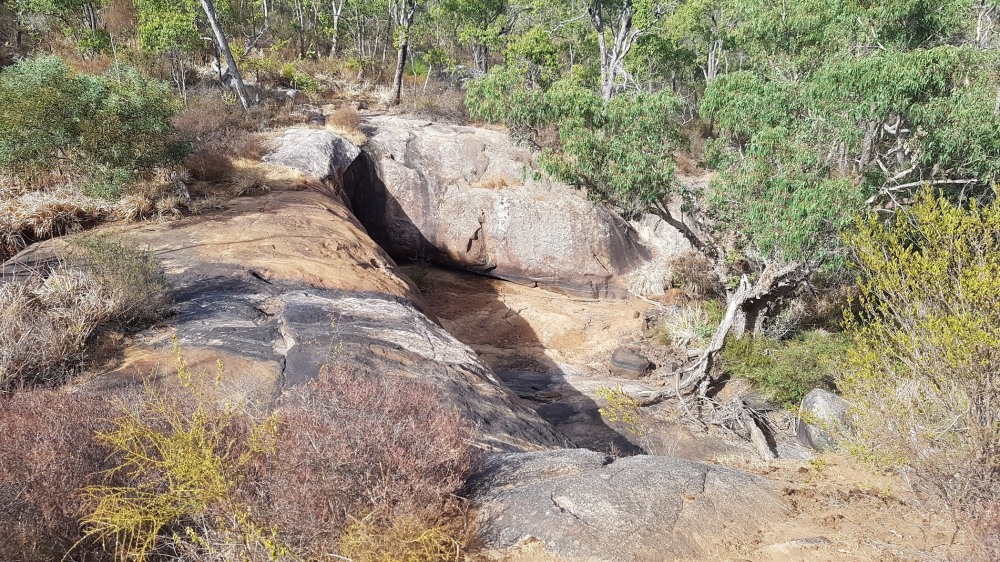 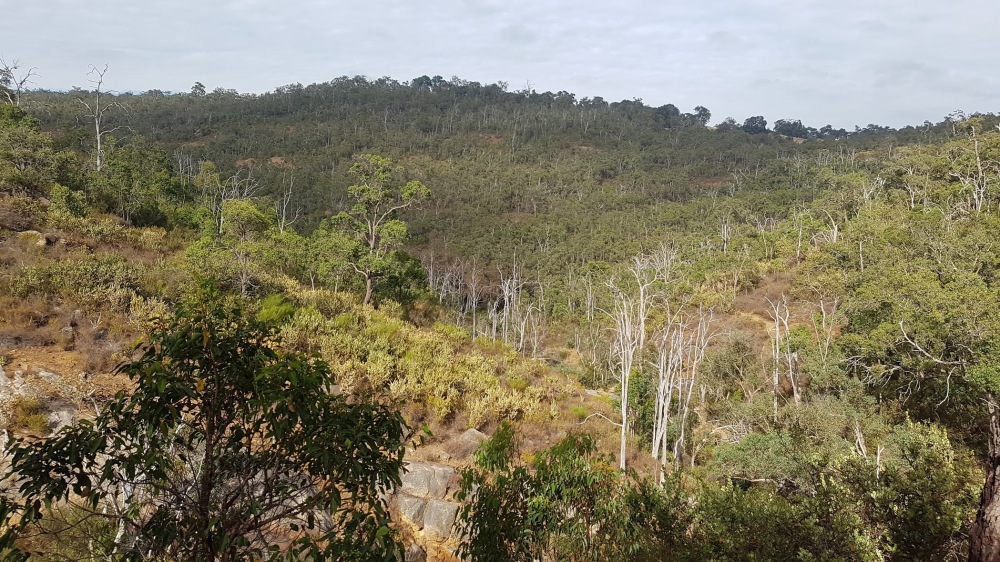 The trail follows the brook and valley sharply down at this point until it levels out at the lowest point.  The river is pretty much flat here until the falls, but it’s rocky and in a gulley, so the trail climbs a bit out onto the hillside before meeting up with the river a little further down.

Eventually after climbing back up way above the river, the trail forks.

I elected to go up Baldwins Bluff – which is a pointy hill overlooking Serpentine Falls which mark the bottom of the Kitty’s Gorge trail walk.  That turned out to be a lot harder than I thought.  The trail was very rocky and about 45 degrees (not really, it just felt like it) and impossible to actually run up, but I got there eventually.

The views across the valley weree amazing

But the trail was gnarly!

Finally at the top, the insult – “ha, you’re not there yet, sucker!”

At the summit – I could see the Falls at the bottom of the bluff and Kittys Gorge stretching out towards the distant hills.  Theres a little V with a pale flat hill behind right in the centre of the pic below.  Thats more or less where I came from (and had to get back to)

But get back I had to – first retrace my steps along the ridge and go back down the steep path.  I love how different the vegetation is here on the ridge than down in the valley or back where I live.  I didnt expect that tbh.

Then time to run back up the valley, scramble up the rocky paths and get home.

My legs didn’t make the run right the way home – had to power walk it after some of the steeper climbs – I was just too tired!

← Spring into Summer
Out and About →