It was getting towards the end of the trip and I wanted to take the kids somewhere different.  The day wasn’t going to be ideal weather wise early on, but it was promising to clear up late morning and be a beautifully sunny summer day.

So I packed the kids in the car on a rainy morning and we drove an hour to the far eastern part of Kent to go see the Henry VIII era castle and what else was there.Ok, thats kind of a crap statement – I know what’s there – I used to hang out there a bit in my late teens, but I hadnt been there for 28 years and I’d never been in the castle.

As we drove down, the heavens opened – biblical deluge time.  The kids were moaning a bit – thinking we’d be stuck in the car when we got there and the day would be crap.  Then came the fog.  Dense thick fog.  Which was a bit concerning, given I actually did want to take a few photos and have some fun on the coast.

Deal Castle is one of a number of similar castles commissioned around 1540 by Henry VIII after he split with Rome in order to divorce Catherine of Aragon.  He thought that the French and Rome might try something on in revenge, so he had the castles built all along the Kent coast to protect the anchorages and to deter invasion.

There’s not a great deal inside the castle, but you can walk all around it, including down into the bowels of the keep to see the central well and also to the bottom of the outer walls where small canons would have been set up to deter people from crossing the defensive ditch.  It’s actually pretty cool to see the construction of the castle from the inside in this way. 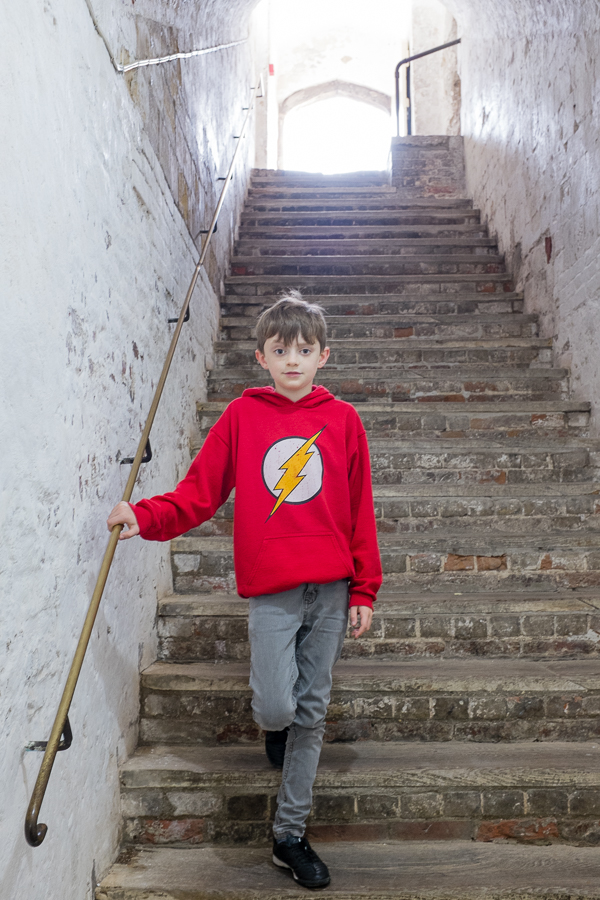 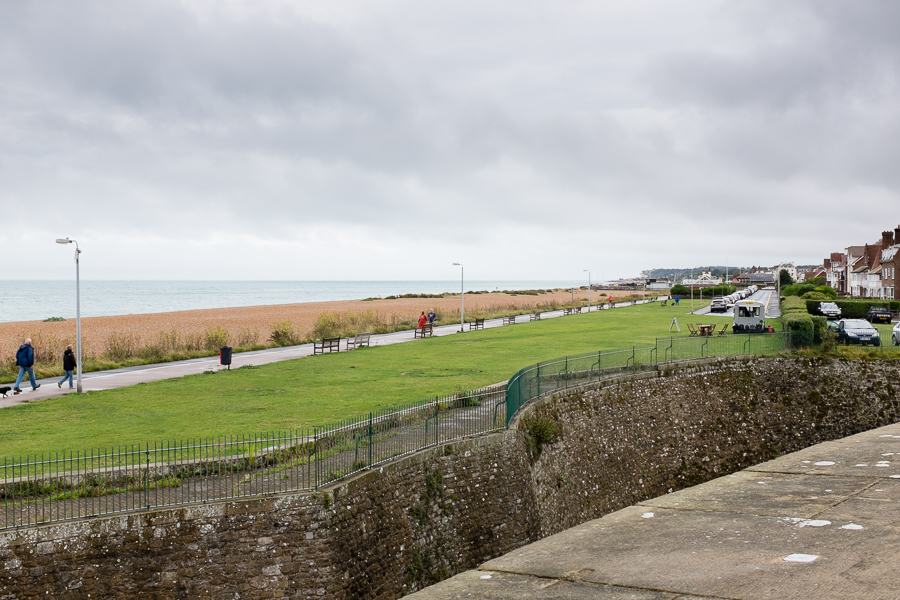 By the time we came out, the rain had pretty much stopped, so we walked the mile or so into Deal along the beach path towards the pier.

The pier was originally wood, and then a Victorian era iron affair but after being hit by a mined boat in 1940, was replaced in the late 50s with a steel concrete version.  It’s a bit brutalist, but hey, a pier is a pier..

Just up from the pier is the art deco Regent Theatre – has been many things including a bingo hall, theatre and cinema – I came here to watch a film in 1989!

Sadly, its now closed, awaiting some kind of redevelopment, presumably. 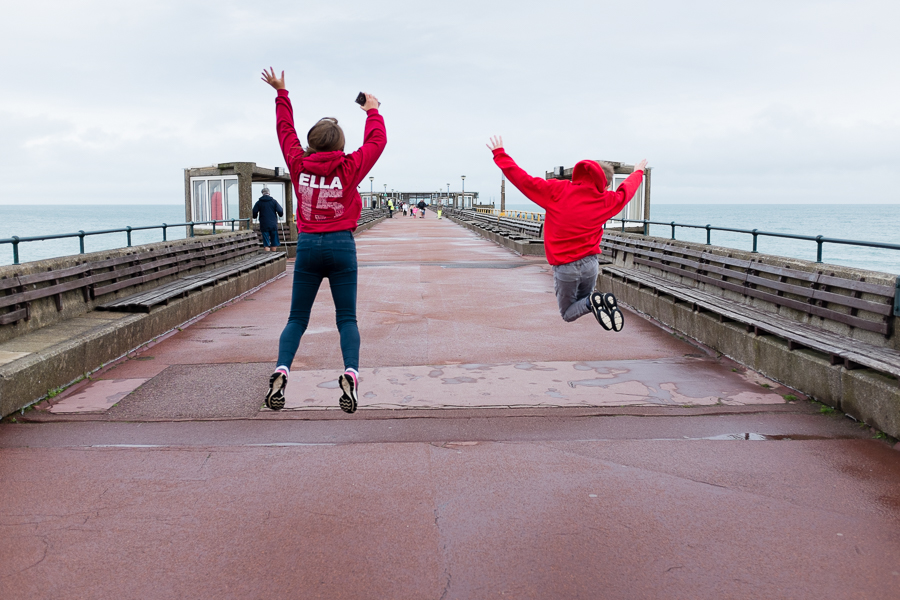 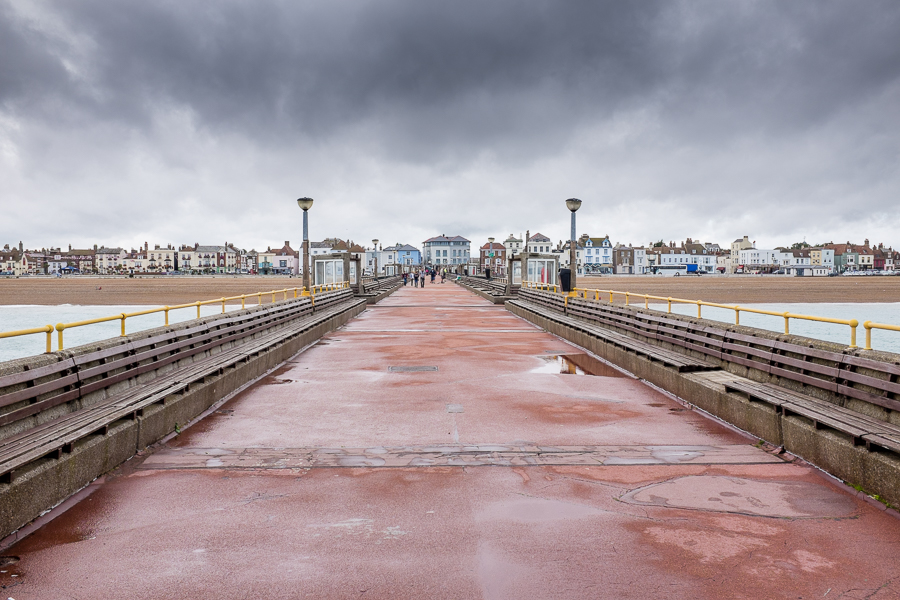 The kids found an arcade with the 2p push machines, so we spent some money having fun and winning a few prizes here and there.  They had a great time and as it is so cheap, gambling was wallet friendly too!

After lunch, the sun came out and the day turned out beautifully.

Which leads us on to the second part of the day and the next post – The White Cliffs of Dover.