It was the last day and everyone was tired and wanted a lie-in.  I, of course, woke up at 5am to the dawn light. Meh – no lie-in for me. Ah well.

I decided to go out with the tripod and take some more ‘professional’ (read – taking a long time messing about with different settings that would not be possible with a family in tow) photos of Greens Pool and Elephant Rocks.First up – dawn through the bedroom window – the gorgeous forest surrounding Karma Chalets.

I first drove up to Ocean Beach, which is a beginners surf beach a few km’s outside Denmark town.  It was pretty cool and there were loads of kids and paddleboarders all learning to surf on the nice small even breaks.

I then headed off to Green Pool again – it was a beautiful morning – plenty of sun and cloud too, which always makes for more interesting skies. 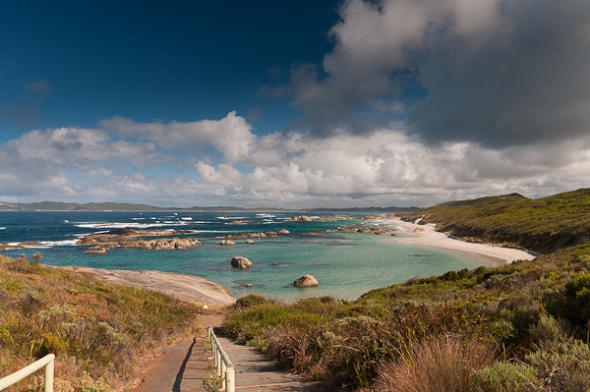 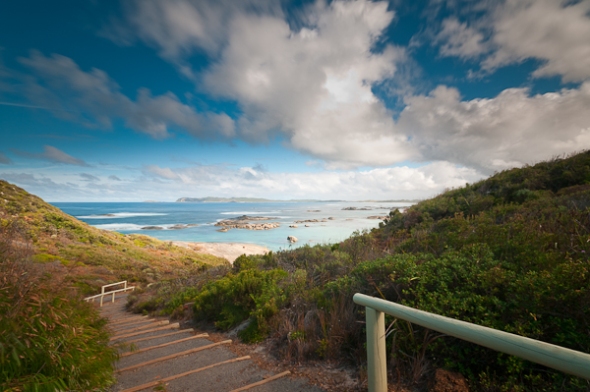 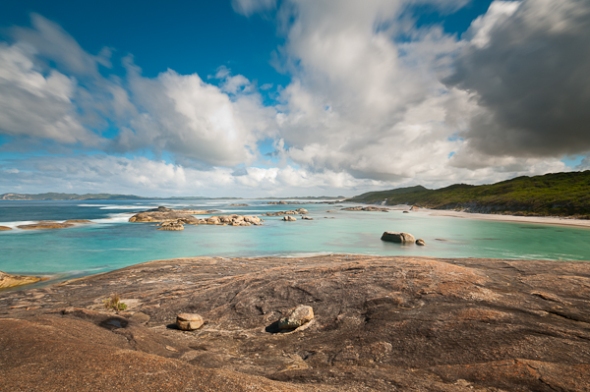 I wandered down to Elephant Rocks which is on the other side of Greens Pool – they’re beautiful and the light was amazing.  I used the 10x neutral density filter which allowed me to use a really long exposure (even in bright light) to smooth out the sea and bring out the colours in the rock 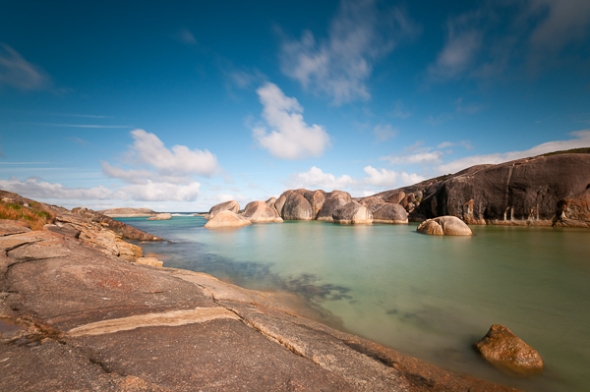 I hopped in the car and drove down a dirt track to Mad Fish Bay – another perfect and deserted beach with the vivid blue southern ocean pounding in.  Fantastic. 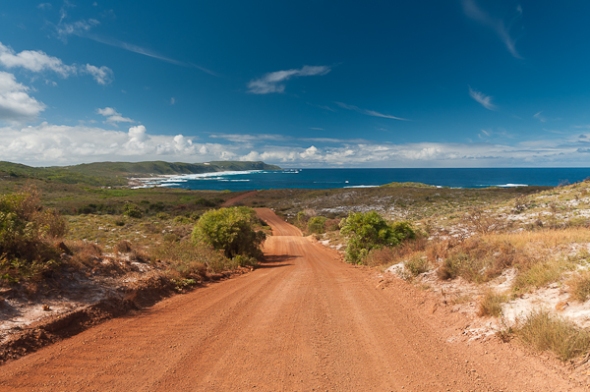 Later in the day I went for a wander down to the river in Denmark with Piper and had a bite to eat – there’s not a whole lot there and pretty soon she got bored and wanted to go back.  It’s quite pretty though and worth the walk down the footpath that runs for miles on the riverbank 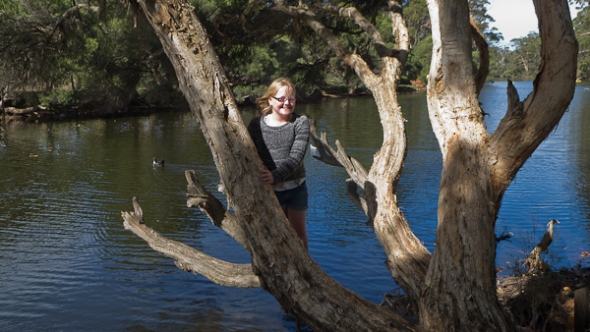 Later in the afternoon I walked to the winery next door to Karma Chalets – Forest Hill Wineries.

It was actually a longer walk than I expected, down the steep hill that the chalets perch on and then up the very long and winding drive of the winery.  Still, it was well worth it – its a beautiful setting walking up through the autumn colours of the vines. There were a load of kangaroos in the field next door that were happily munching away until I came by, then they all hopped off at high speed through the long grass – so easily spooked 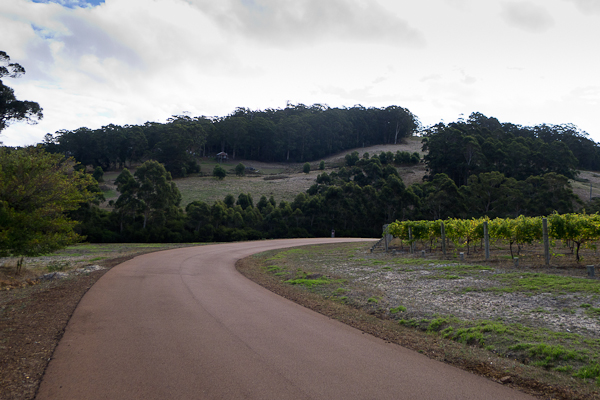 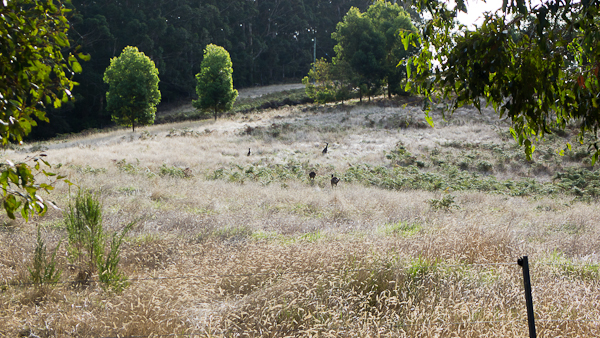 I tasted a load of wine – the reds were gorgeous and I bought a couple of bottles to lay down for a few years and a couple for drinking now.  Awesome.  I had to walk home again with the wine, which was less good, but the pain was dulled a little from the generous tasting.  Thanks guys 🙂