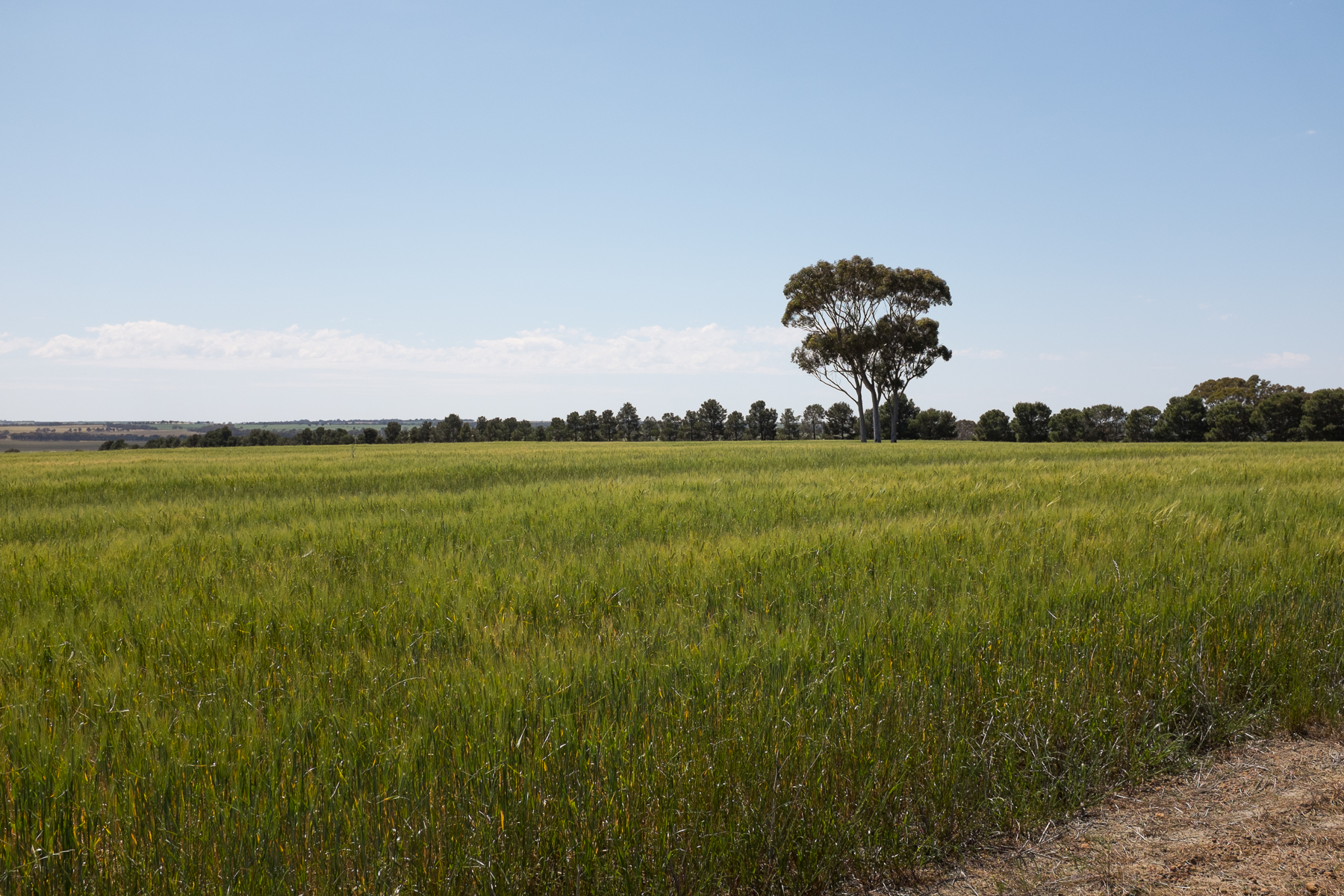 A few weeks after my trip to York, I had the opportunity to drive to Kulin – deep in the Western Australian Wheatbelt.

If you’re not familiar with the state of Western Australia – outside of Perth metro area, aside from a few regional towns, there’s basically not very much.  I don’t mean that in any way disrespectfully – WA has 2.2 million people and something like 1.9 million of those live in the Perth area.

So when you drive out into the country, things get really empty really fast

If you stick the state of Western Australia on the map if the USA, you’ll see how it large it is.  Bearing in mind that most of the people live in one average sized city, you can see how theres not much of anyone in the rest of the state. 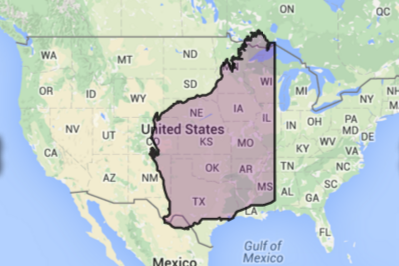 Lets do the same comparison to Europe – WA is about 1/2 the area of Australia.. 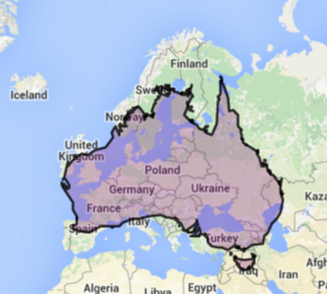 Anyway, enough nonsense. Kulin is about 300km from where I live – approx 4 hour drive into the big wide yonder.

The reason I was going was for Ingress – it’s a crazy massively multiplayer online game using google maps and 2 teams – blue and green – who battle it out for control of virtual ‘portals’ (portals are physical things like monuments, parks – and in this case, tin horses) and map area covered by linking triangles of portals together.

Google calculate the number of people living underneath the field and award you and the team points accordingly.  Layer the fields over each other and you get more points.  The only gotcha is you have the physically be in the location of the portals (app uses GPS) and you have to have a key for the portal you’re trying to link to (so you or someone else has to have been there to get one or more keys)

But first, the drive..

It’s beautiful country, but the roads are deserted and sometimes very straight and boring.. 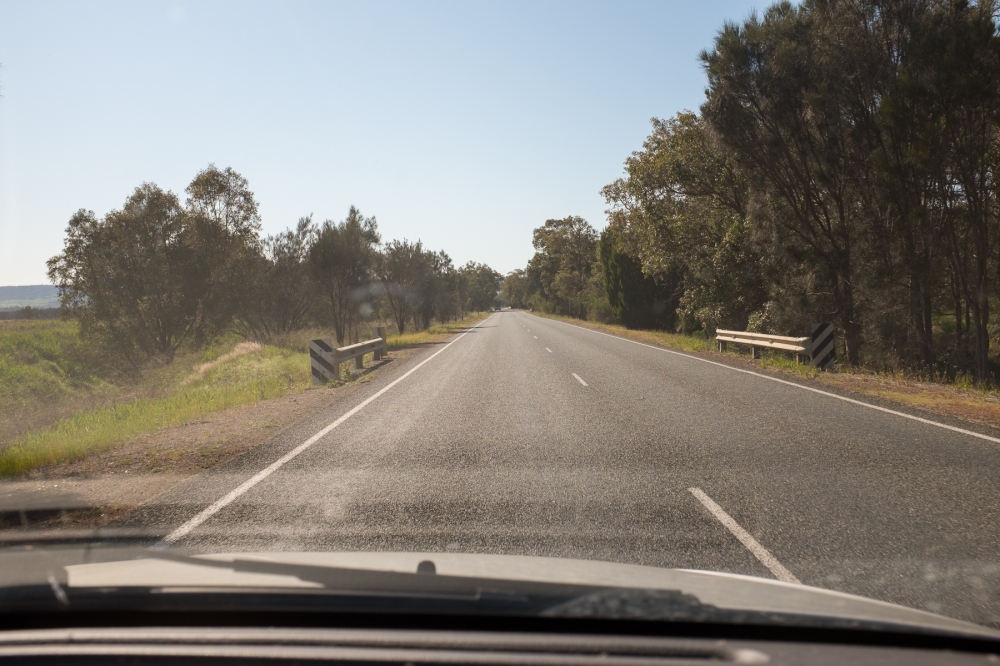 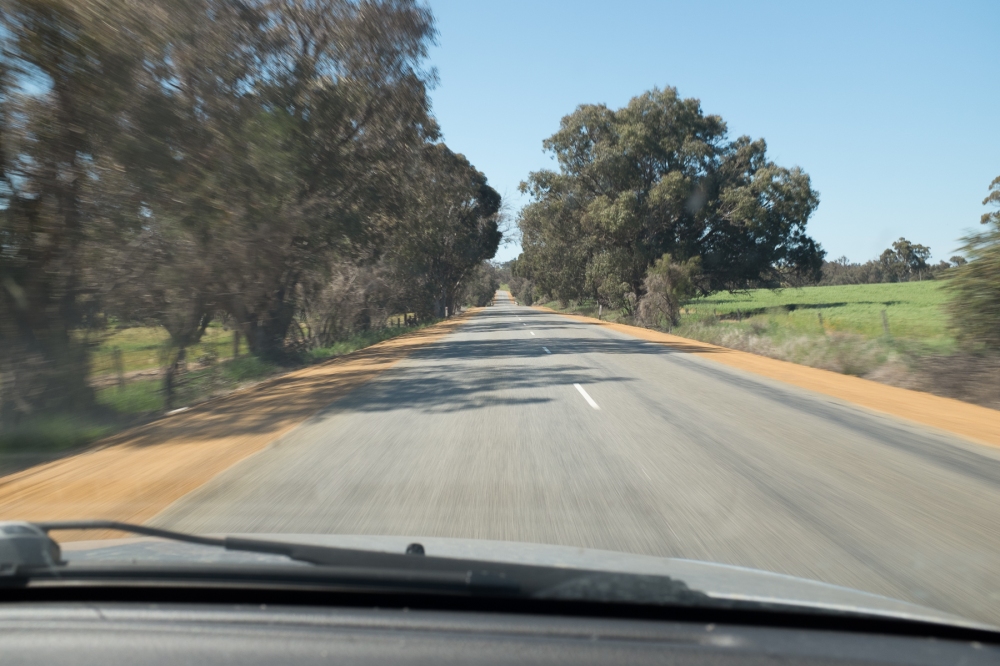 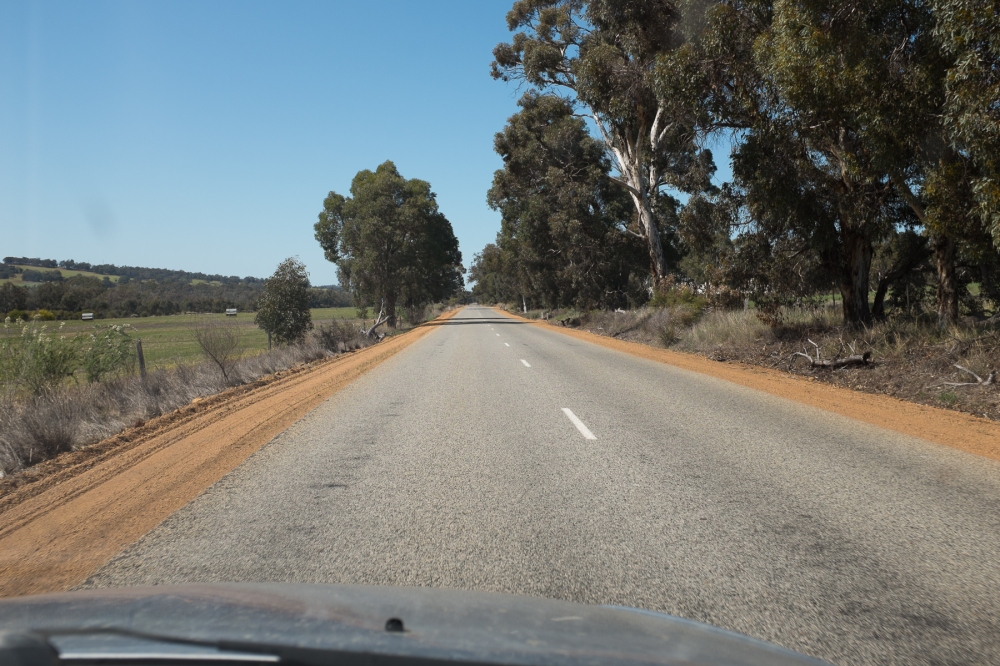 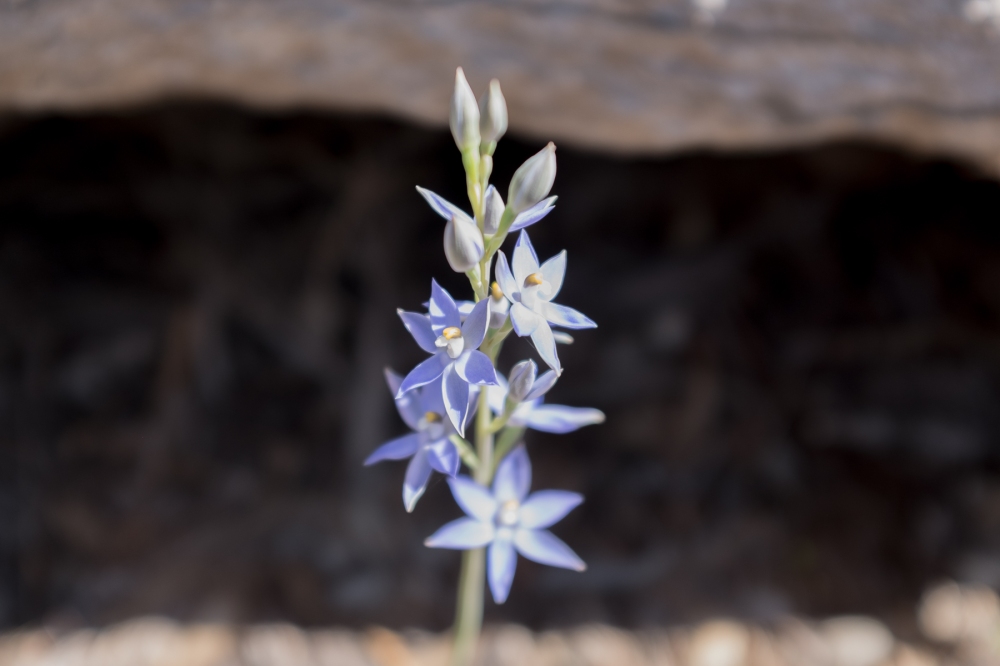 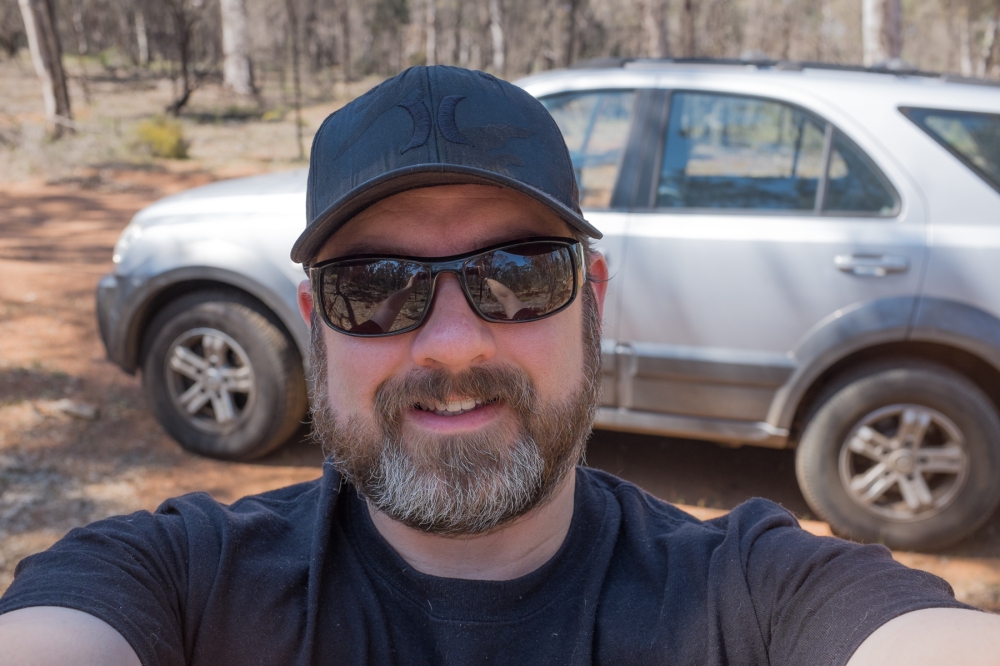 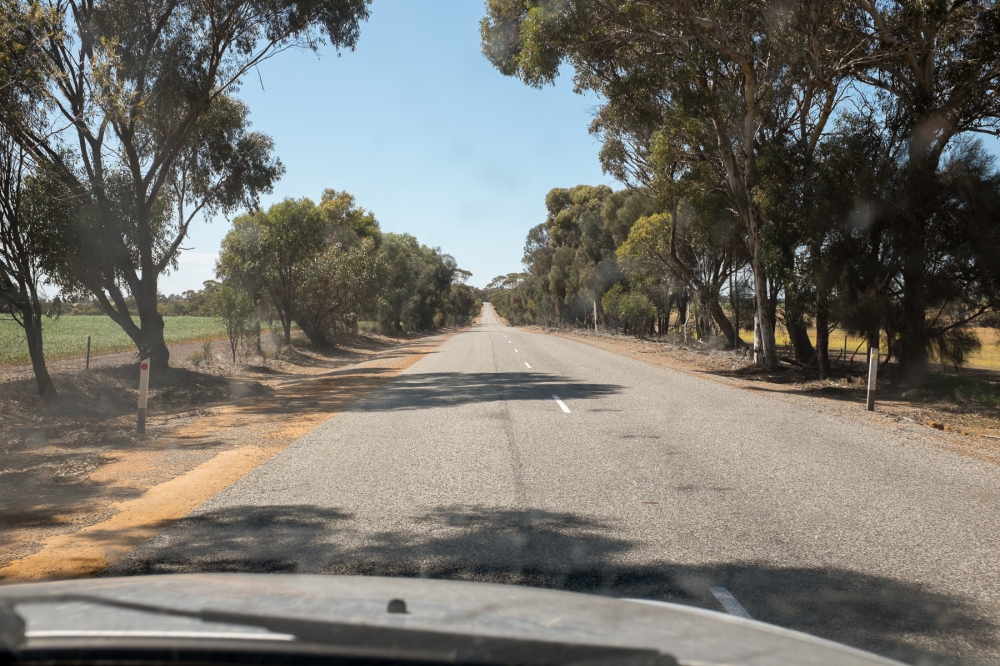 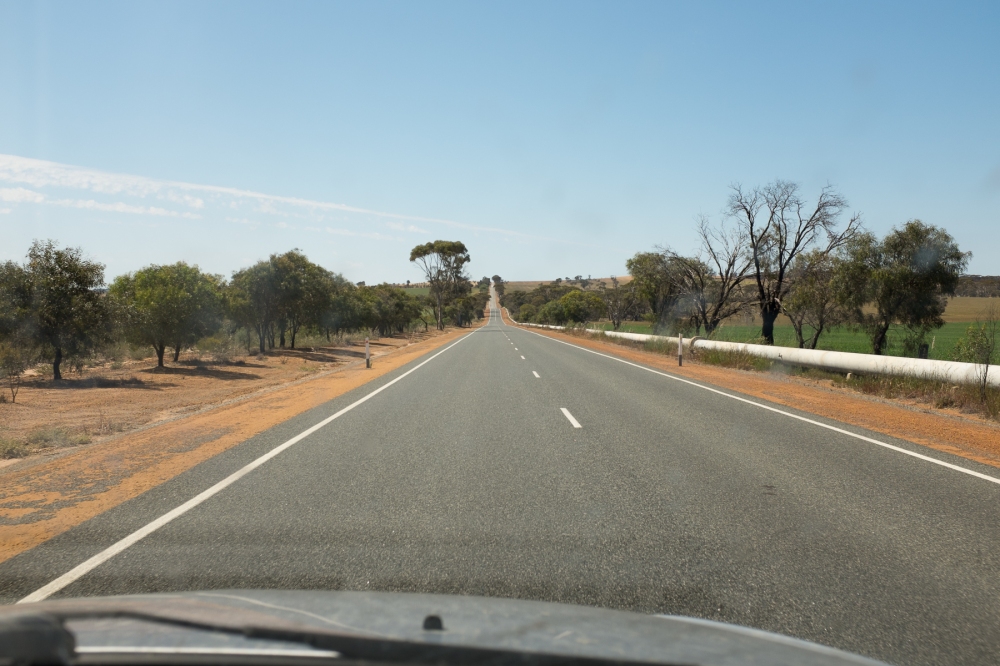 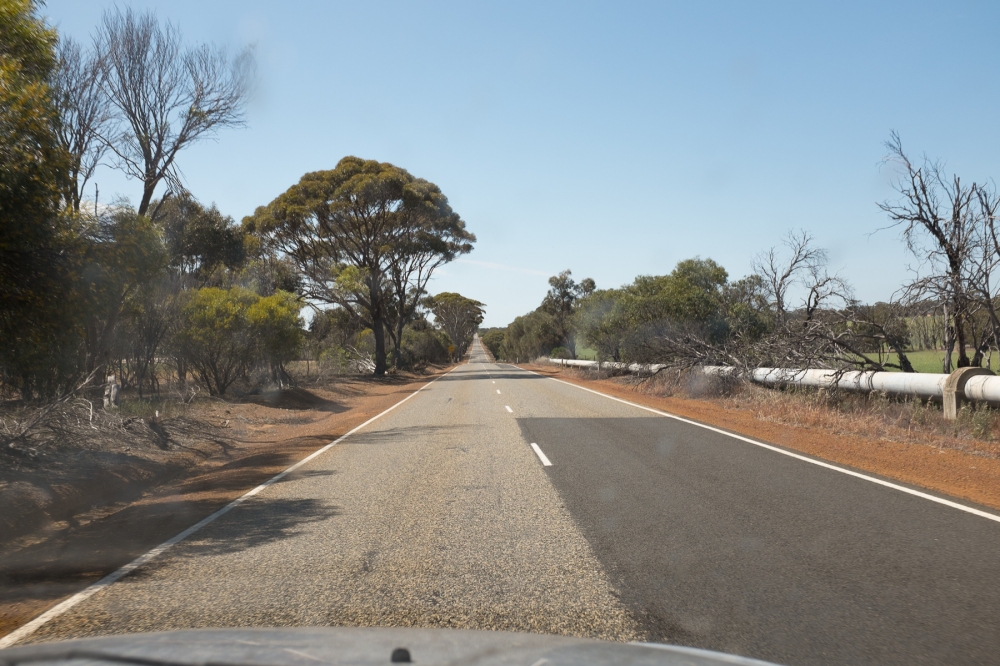 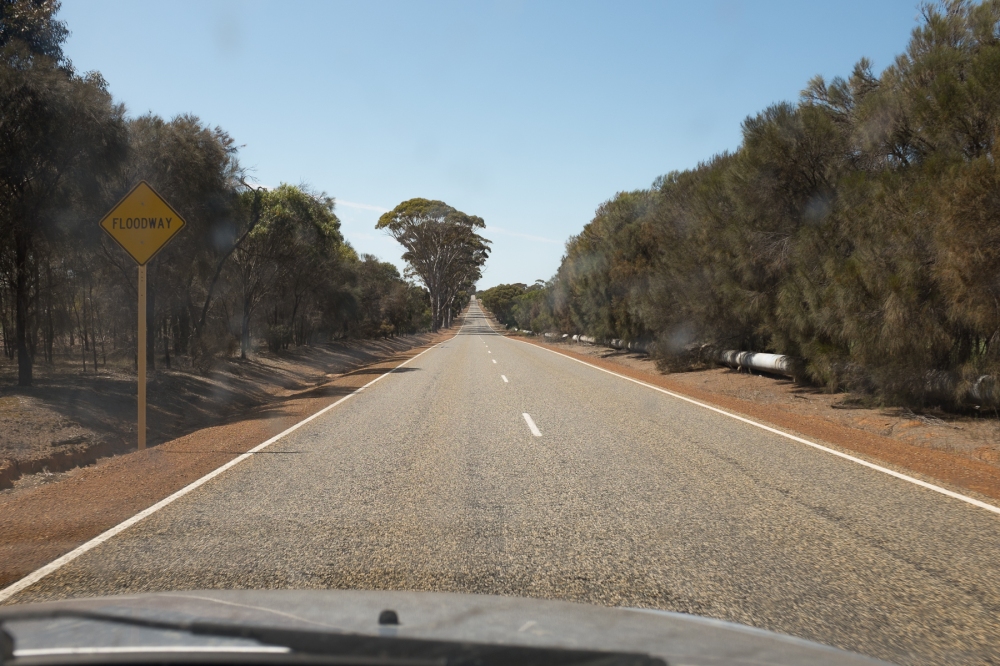 I stopped off for a breather about 45 mins outside Kulin and there was literally no one anywhere.  So I took a picture from the middle of the, what looked like fairly new, road. Could see for miles in each direction and it was so peaceful. 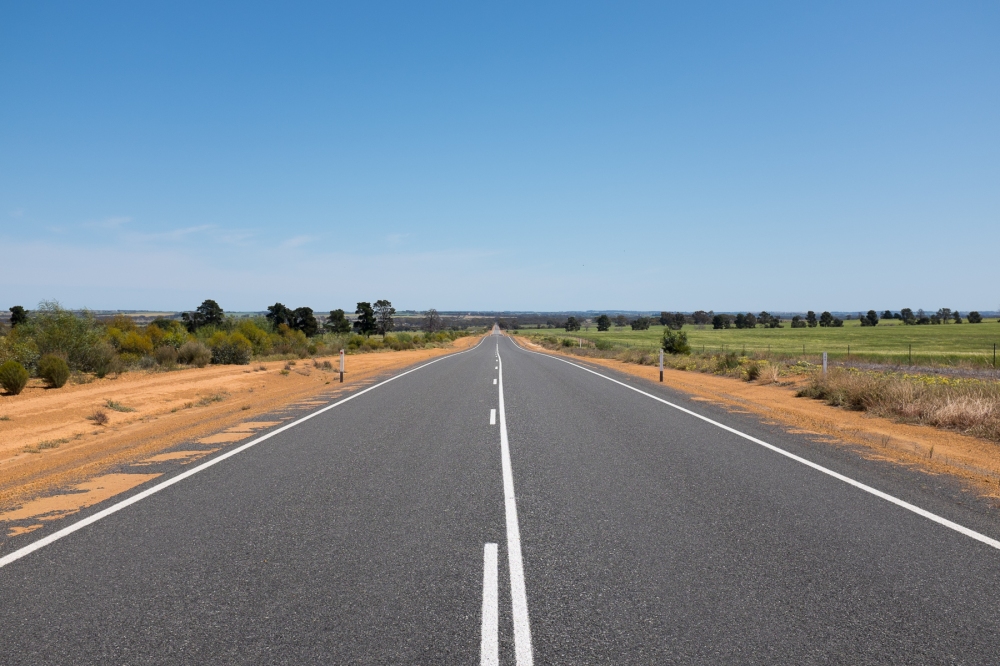 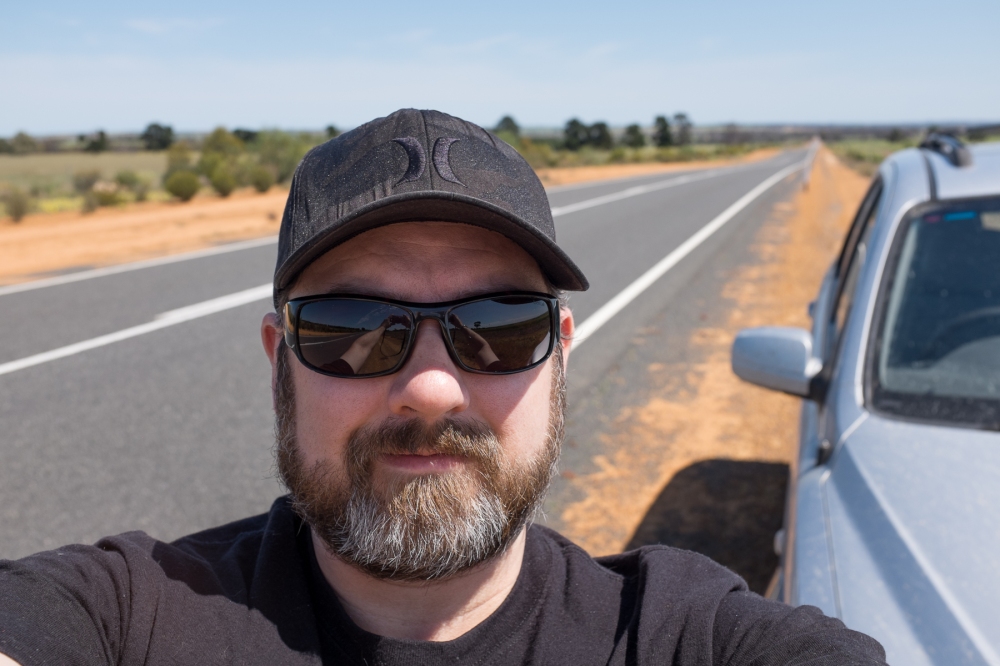 The landscape is different to York – wider, flatter, more wheat and less canola.  There are places where the road goes through old remnant wandoo forest (the Dryandra Woodland) and even some proper bush (like the mallee scrub that covers a lot of the area further inland from here) – it’s so beautiful, but miles from anywhere.  There are a few country towns on the way – Cuballing, Wickepin, and a place called Lol Grey (honestly, you can look it up!) but these are small places – a thousand people in the whole shire at most. 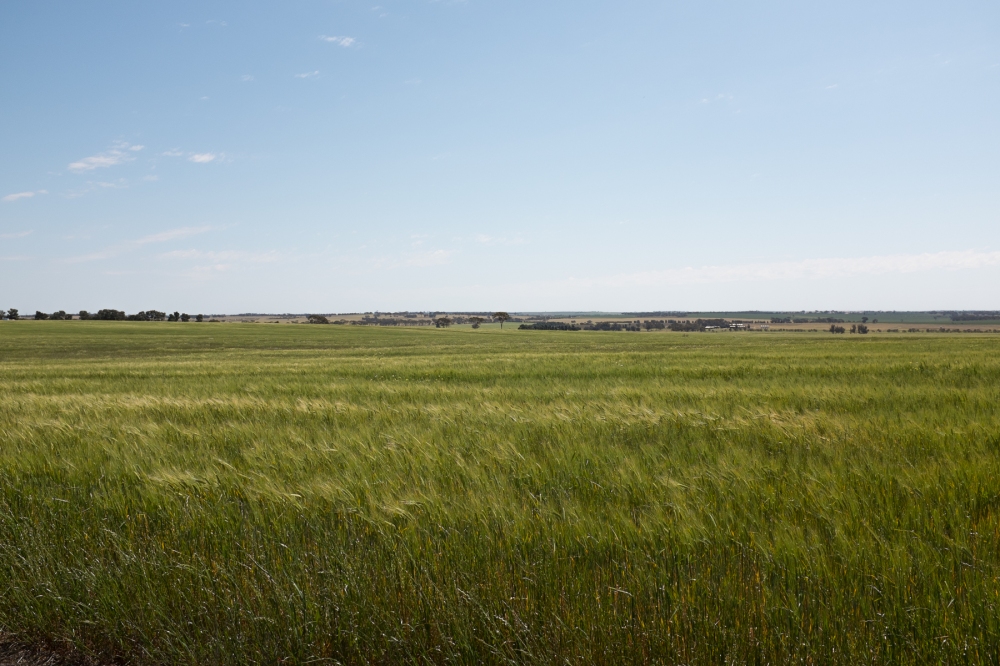 Kulin isn’t much to write home about and stupidly I didn’t take any photos, but it is, as the saying goes, a one horse town and they shot the horse.

Speaking of horses, however, it does have this curiosity called the ‘Tin Horse Highway’  The road out to Lake Grace has a load of tin horses along the side – all sorts of different ones made from oil drums and scrap – it’s actually pretty cool.  If you’re out that way – it’s worth a visit but it’s a long way to go just for that! 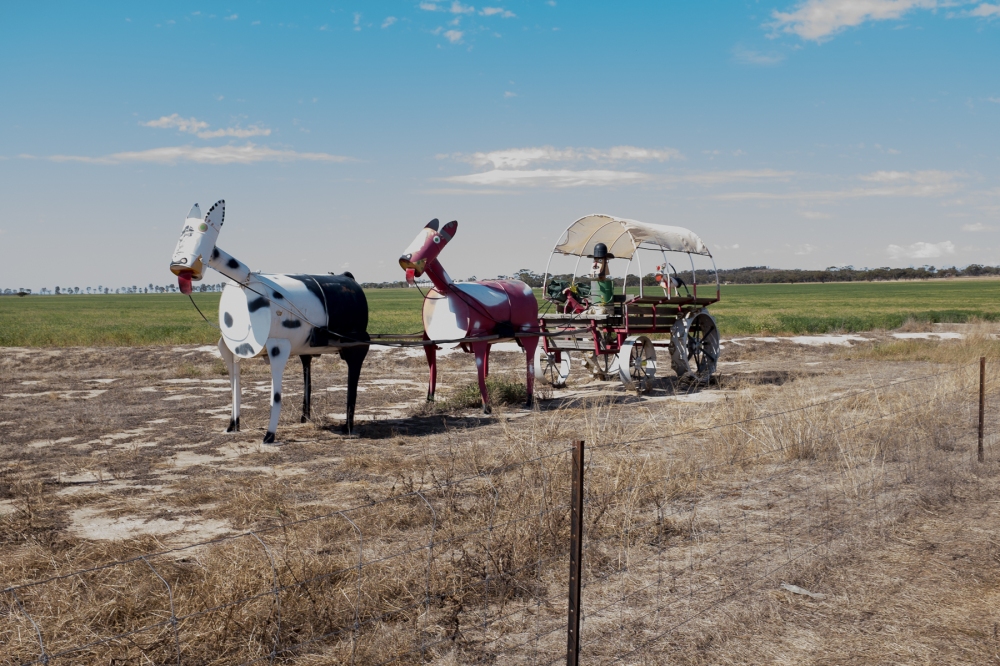 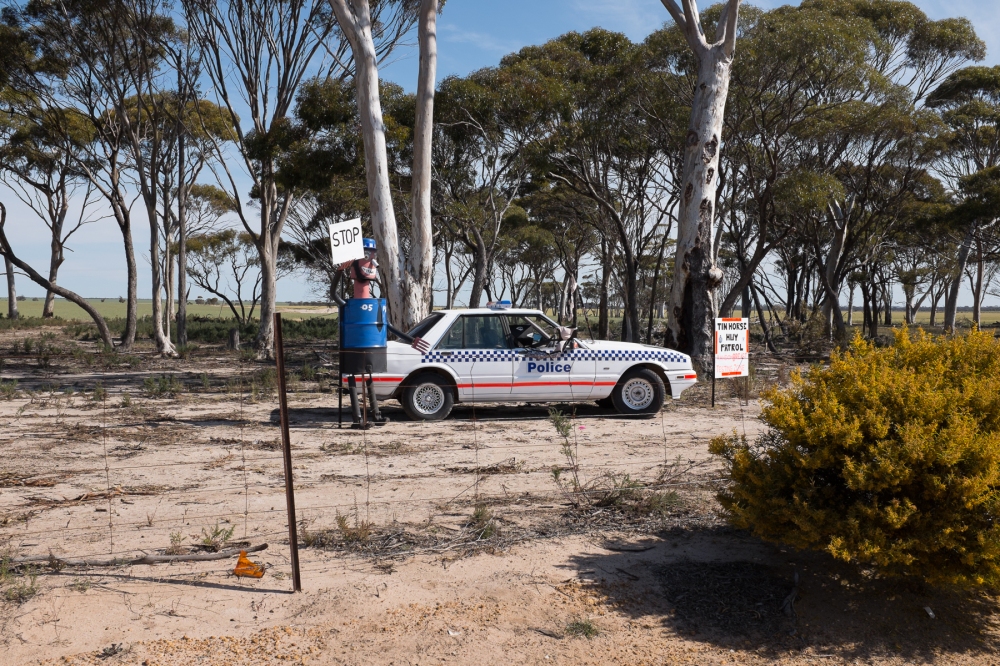 As for the ingress game – we did 50 odd layers of about a million points per layer, blanketing Perth in a gorgeous blue 50 layer triangle which was pretty awesome. 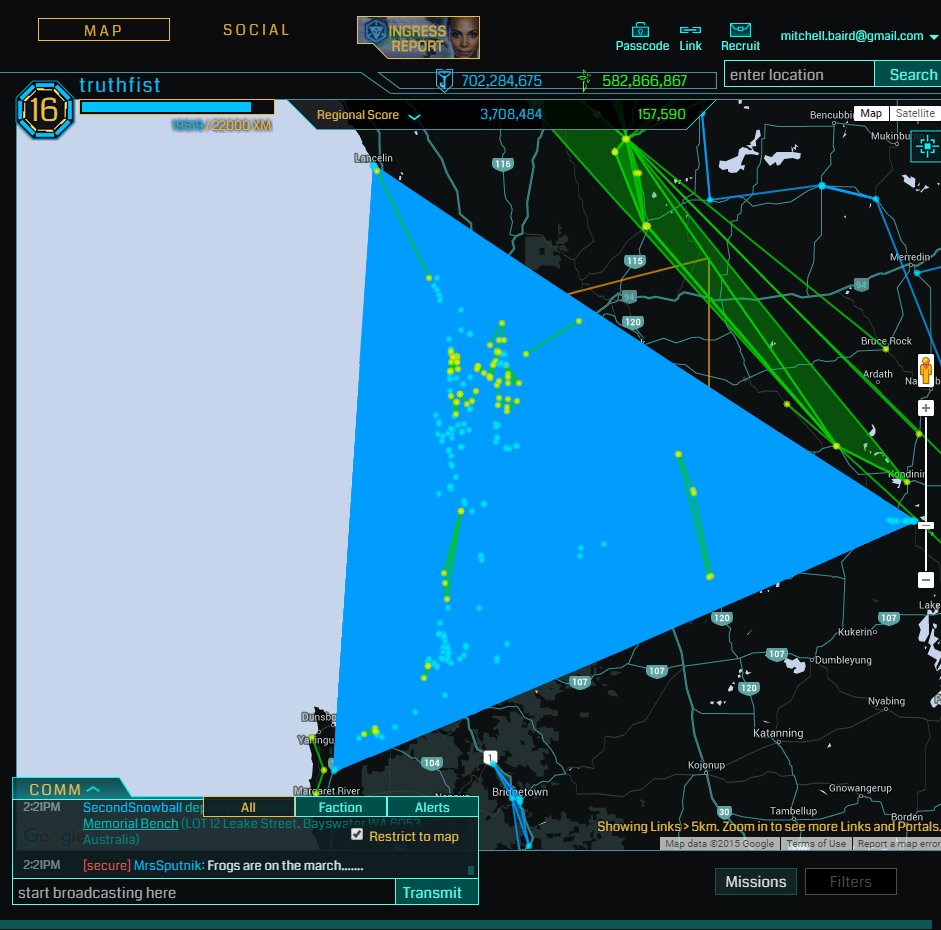 We got caught by the greens, who sent someone out from Corrigin, but we still made so many links and layers before they managed to stop it.  Hahaha! 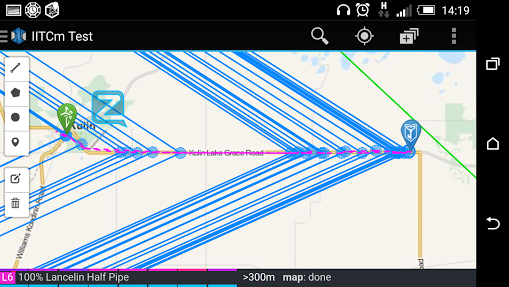 Then I had to turn around and drive back..

A good day though.