Off road ride to Mt Dale 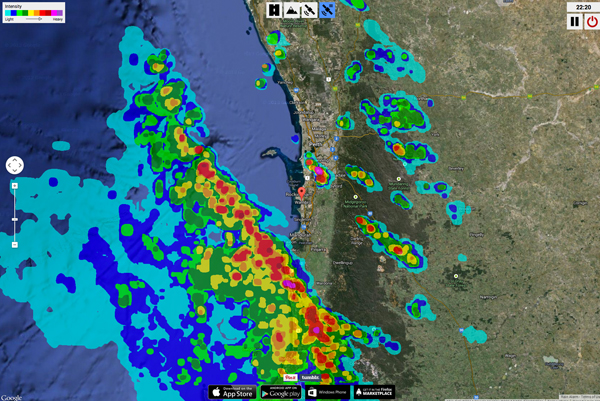 I’ve been off the bike for serious rides for a bit due to winter being crappy (see radar pic!) and very wet and the fact that I’m a big wuss and also I was back in England (as you may have gathered)

But there was a serendipitous break in the weather, I didn’t have any commitments and my family were all stuck into art or TV shows or other stuff.

So I fired up the mighty DR and went out on another adventure off road.This time, to Mt Dale.

I first noticed there even was such a place as Mt Dale when Jay and I went on a trip to the old town of York (see posts here and here) many years ago and I saw a signpost on the side of the road for it.

It’s been a must visit target ever since and now having off road transport, I went out to see what it was like.

Mt Dale is pretty accessible on wide dirt roads (looking at Google Earth) and theres a viewing thing at the top which looks west out over the forest towards Perth. To get to it from my house, I headed off to Jarrahdale on the tarmac and then down to the Albany Highway

I was a lovely day and the riding out to Jarrahdale, even though it was on tarmac, was no chore. 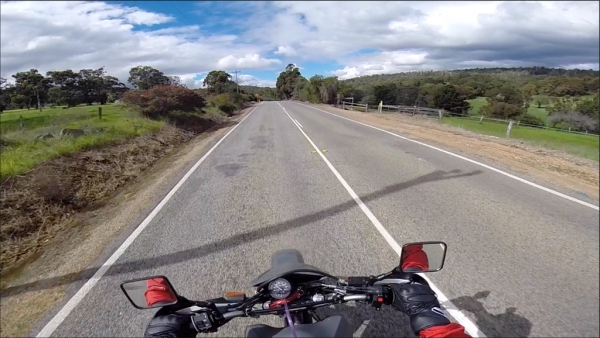 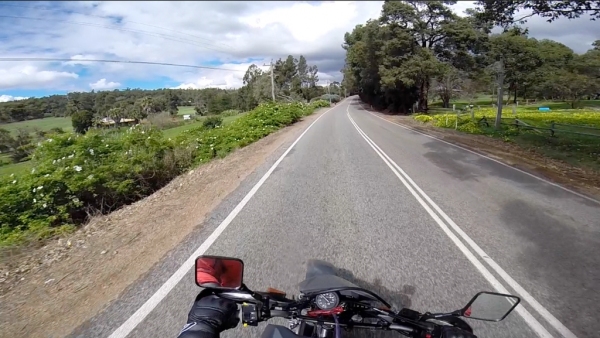 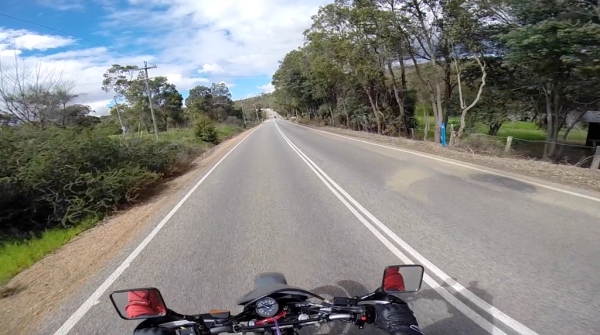 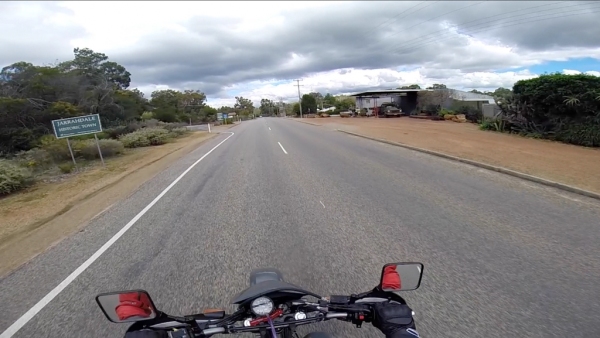 Eventually I got onto dirt at Kinsella Road, which weaves through the Jarrahdale State Forest taking me north towards Mt Dale. 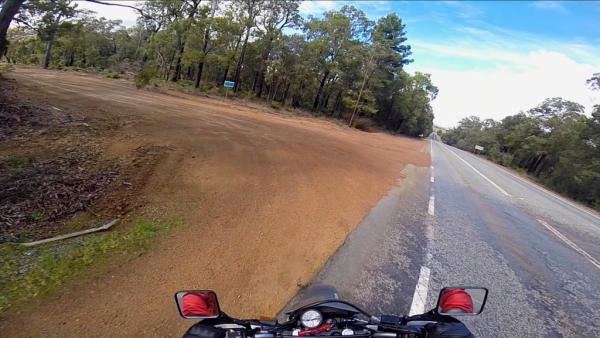 It’s a well graded dirt road, so no drama hammering down here at warp speed, just being watchful as I had never been that way before and I didn’t want to get surprised by a right angle bend or some logging works at 110kph! 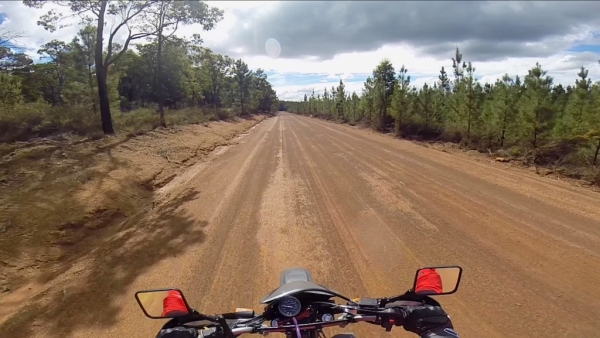 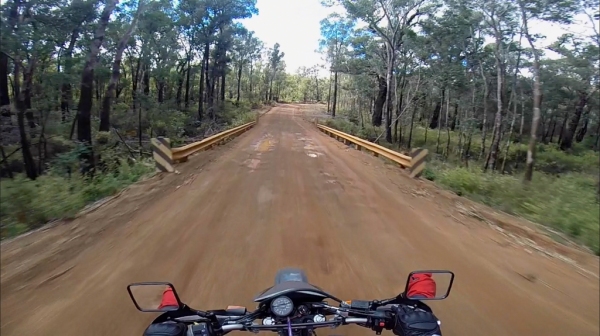 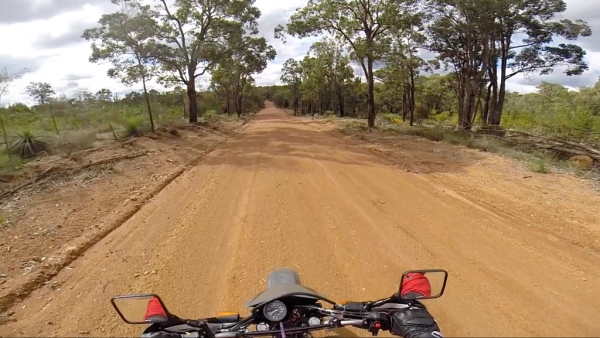 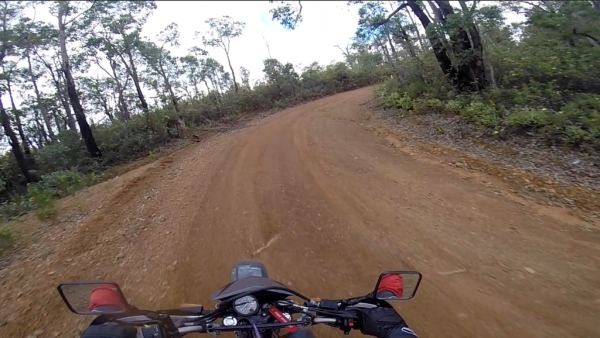 Kinsella Road brought me out to the Brookton Highway – a few km more on tarmac and then off right onto Ashendon Road.  I didn’t have a map, but I’d memorised the route as it wasn’t overly complex.  The bit that is hard to remember is the length of road between junctions, so sometimes I’d convinced myself I had gone wrong when I hadn’t

As it has been very wet over winter, the road was a bit boggy in places, which meant a few fun sideways moments.  When I say fun I mean ‘holy crap, I’m going down on my arse’ moments.  Luckily, no Mr Backside meet Mr Dirt incidents actually occurred. 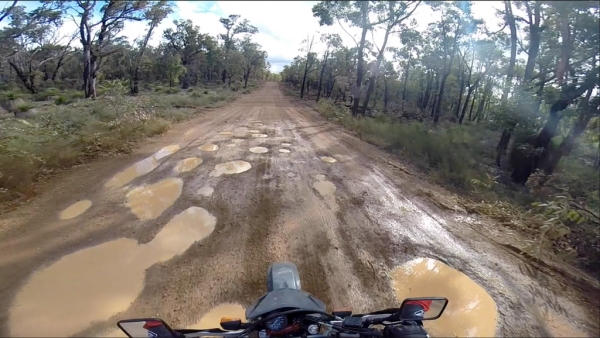 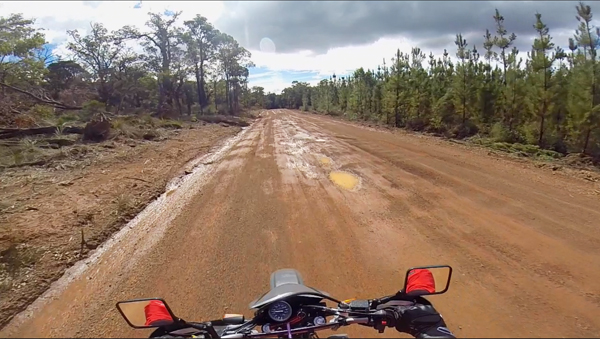 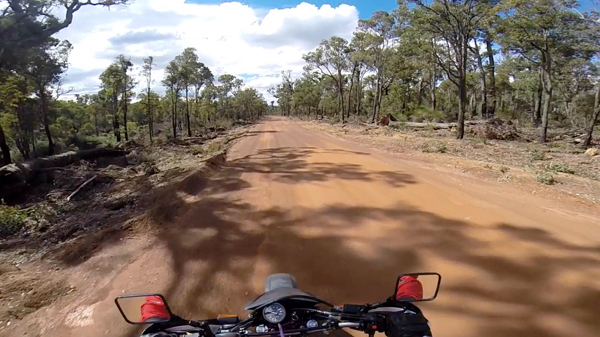 Ashendon Road is even wider than Kinsella Road and was a blast to ride on.  I did come across a bloke walking, which was very odd as the road doesn’t really go anywhere to walk from or to – it’s miles out in the middle of nowhere and the direction he was walking goes further away from anything.  Very odd.  He seemed fine though and had water.. 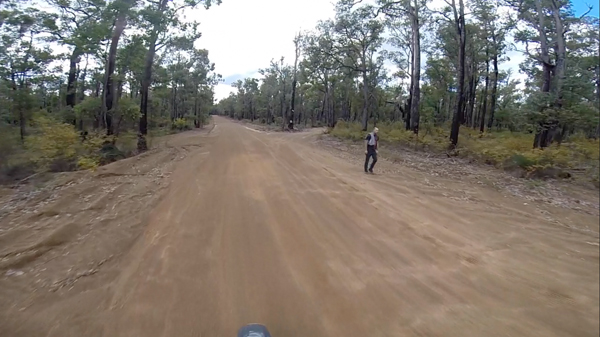 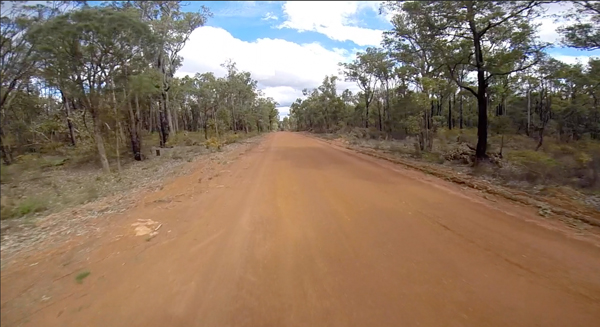 After convincing myself I had taken a wrong turn, the road suddenly climbed steeply and I was there at the top.  Very deceptive!  The view was amazing.  Just miles and miles of forest.  You could see Perth (well, the tops of the 3 skyscrapers) in the distance, poking out above the canopy and through a gap in the hills, all the way to the ocean, probably towards Rockingham where I had just come from. 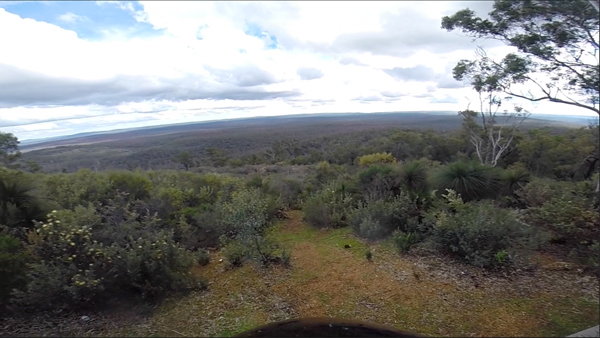 I walked around the top, up to the fire-tower and took some better photos looking in each direction.  I was amazing, so tranquil and the views were of endless trees in all directions.  It’s accessible with a normal car (with a bit of determination) so if you’re thinking of going there, just do it but don’t bring the Ferrari. 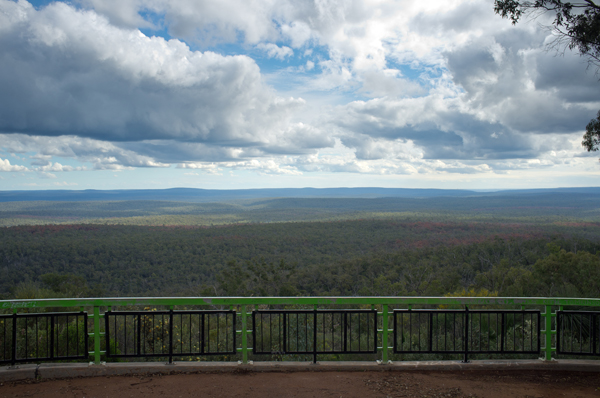 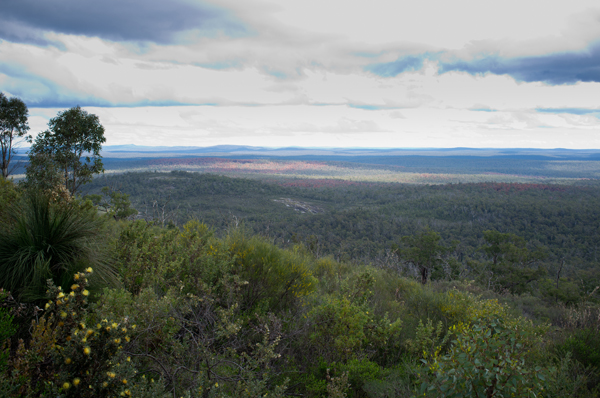 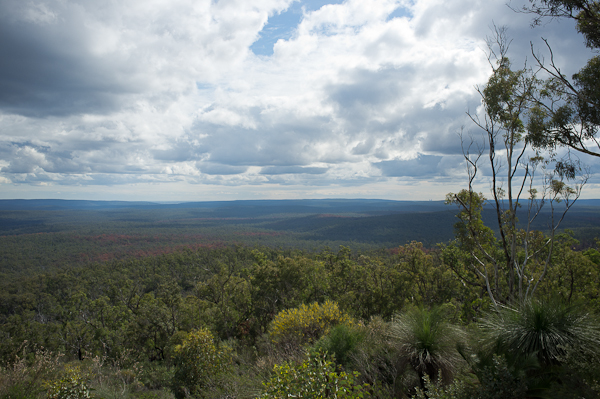 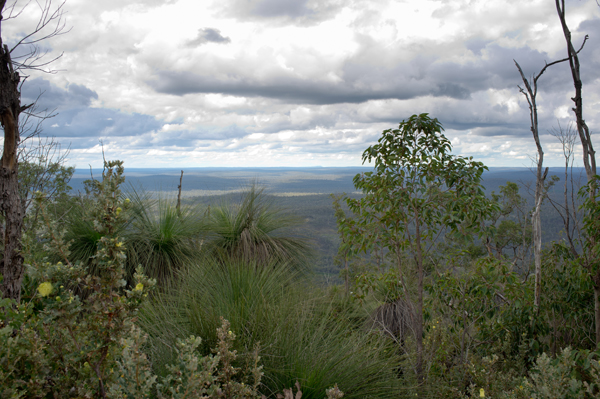 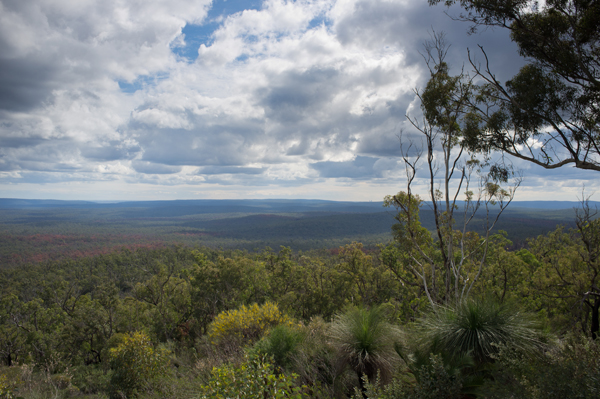 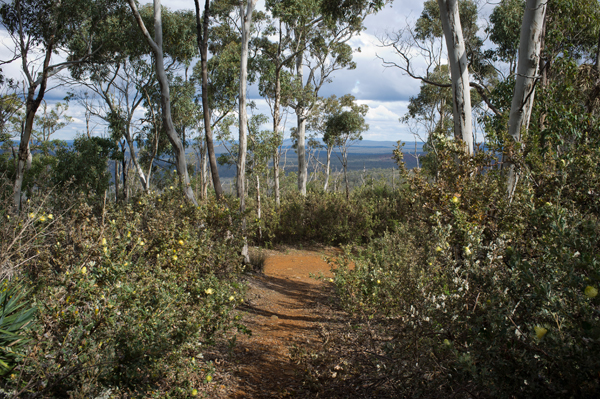 Not very technically challenging for hardcore bikers, but a long way on dirt and a great afternoon well spent.  Next time, find something harder to get to.

6 Comments on “Off road ride to Mt Dale”