Day 3, we set off from Kalbarri early as we had a long drive (again) to Denham in Shark Bay.

Stopping briefly for petrol and a quick walk along the beach (we arrived in the dark the night before so we thought we’d at least have a 5 minute poke around), we quickly decided that Kalbarri is a place we’d come back to.  Clean, pretty, lots of variety of food (for vegetarians, vegans and gluten and dairy free) and enough to keep children occupied for a week.

We drove up the Ajana Kalbarri road towards the Kalbarri National Park so we could have a gawp at the amazing Murchison River Gorge.  This was a little way off road – 20km or so along well made dirt tracks – through the vast open bush.

It was a pleasure to see to no evidence of mankind (the road excepted) as far as the eye could see in all directions.  We even saw emus wandering through a thin patch of bush just off the road. 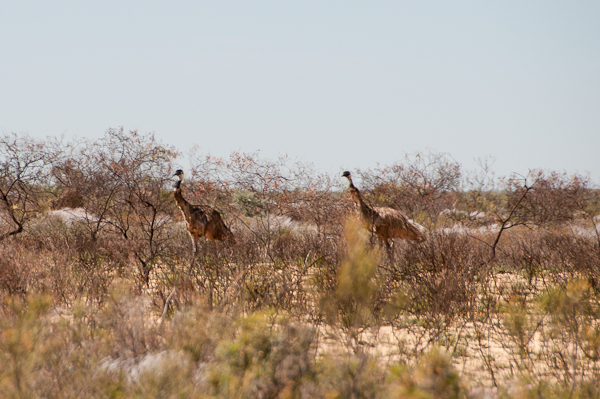 We parked up at a little car park and walked out into the heat – it was really warm compared to Perth – and took a walk down a little rocky track to a lookout over the Murchison River.

Wow – it was an awesome view.  Not very many folks about either, just a few brave souls and a teenage kid who was curious about my Hasselblad camera.  This was also the first time we really got to see the red rocks that make this part of the world so famous. 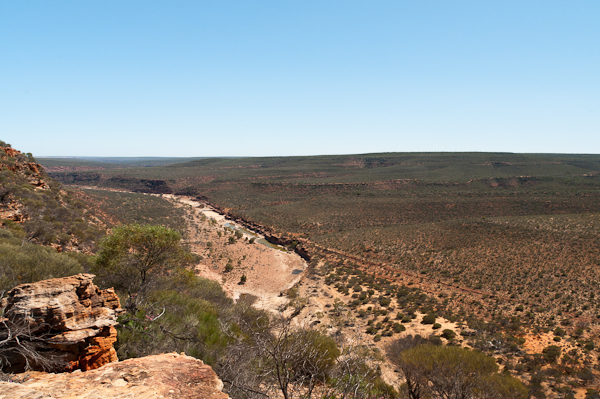 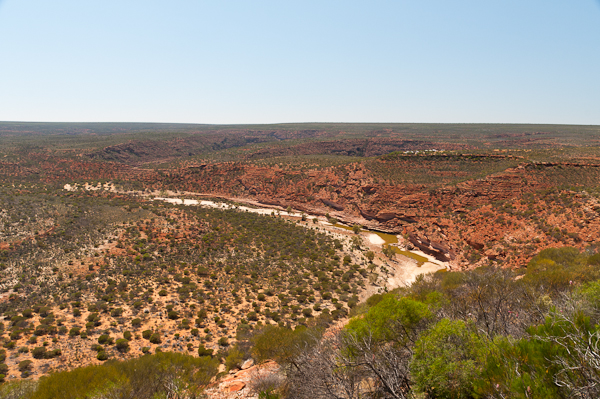 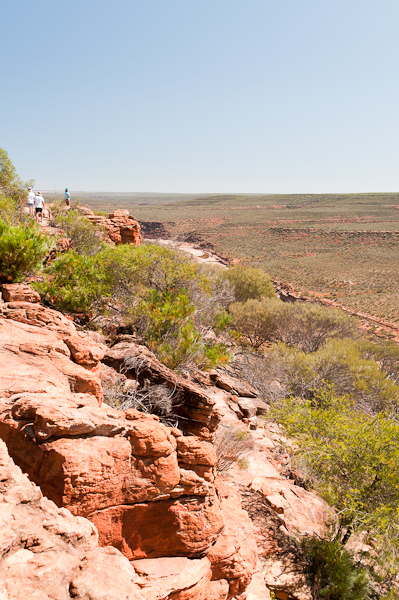 It’s spring in Australia at the moment, so there were a fair few desert flowers about – very pretty.

We still had a long drive and Anja was in a foul teenage mood, so we didn’t get to see the fabled ‘Nature’s Window’, which I was ok with – it was hot and there were lots of flies about, and besides, its such a stupid twee name for a gorgeous rock arch.

We drove back down the track and continued north along the highway into ever more barren countryside and ever increasing temperatures.

Next up – Hamelin Bay and Shark Bay