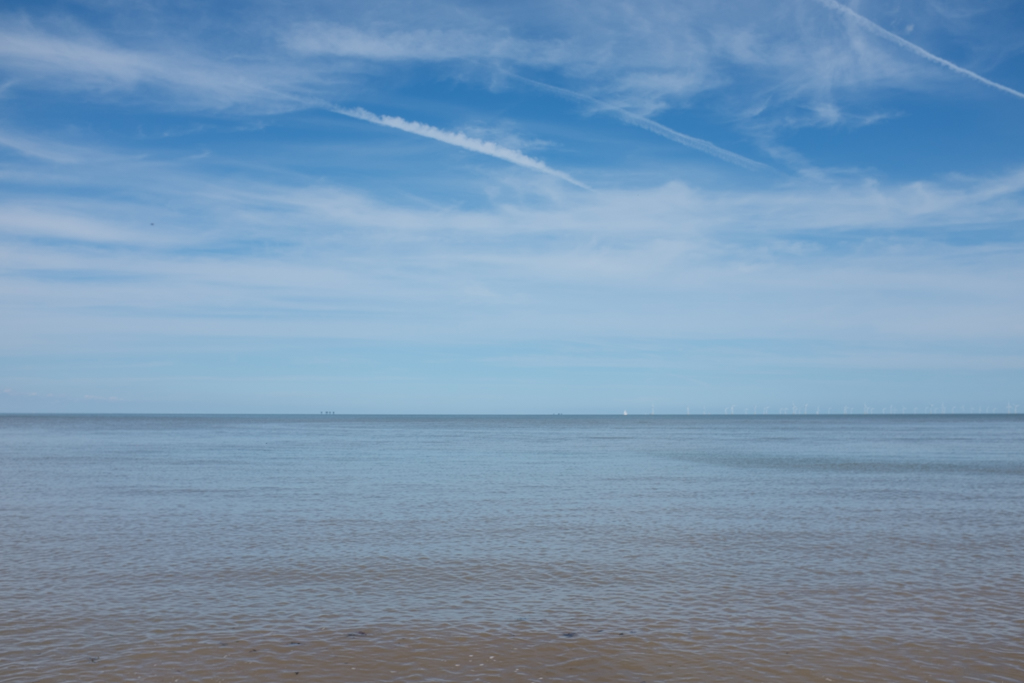 The trouble is, the clay beaches aren’t the most attractive that Kent has to offer, they’re kind of a pain to get to.

But armed with some basic tools, my hammer and some bags, we set off aiming for the falling tide – the scent of sharks teeth and other marine fossils in our noses.

I chose to go to to Warden Point on the Isle of Sheppey, an odd little place stuck out on the windy Thames and Medway estuaries.

I’d actually been there before, many years ago, when as a lad, I played in a band that had a few gigs in Leysdown-on-Sea.  Oh yes..those were heady days..

It was a sunny day, so Henry and I set off to find fossils.

We had no idea what to look for, but we didnt really care – we poked about and had fun and quickly found a patch of pyritised plant material as we picked our way through the pebbles on the beach 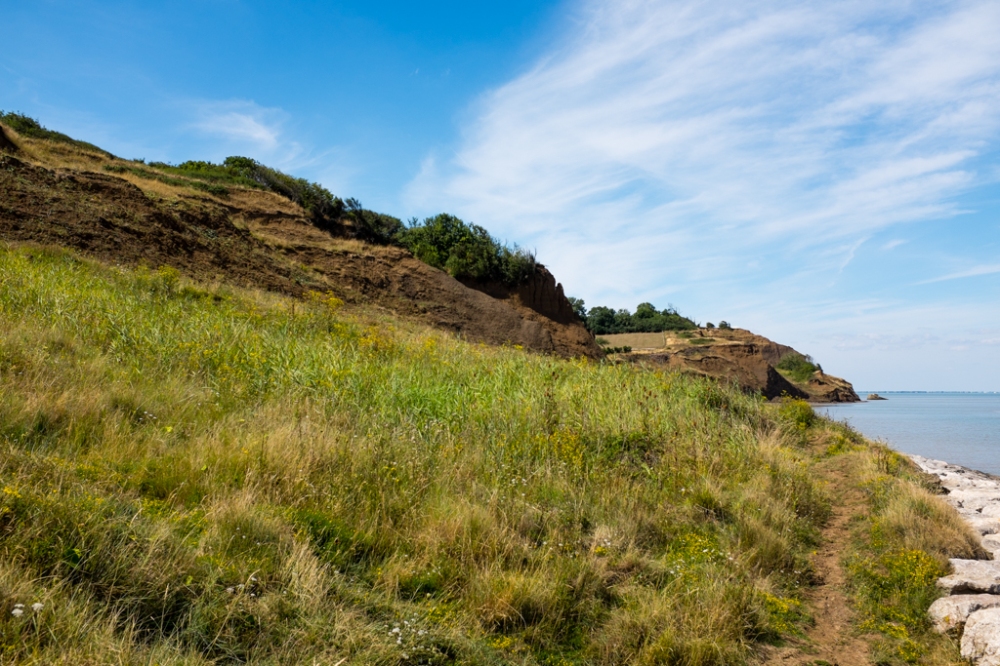 The sea comes right up to the soft red brown cliffs at high tide and washes out new fossils every day – so there’s usually plenty to find without needing to get too close to the crumbly cliff base.   I heard there was a a massive slump earlier in the year where maybe 50 meters of clay rotated out of the cliff and sploshed down onto the beach – wouldn’t be good to be under that lot!

We had a great time and found all sorts of things – the clouds started to roll over and the beach ended up looking pretty bleak, so we thought it best to take our haul back to the car and head home before it rained. 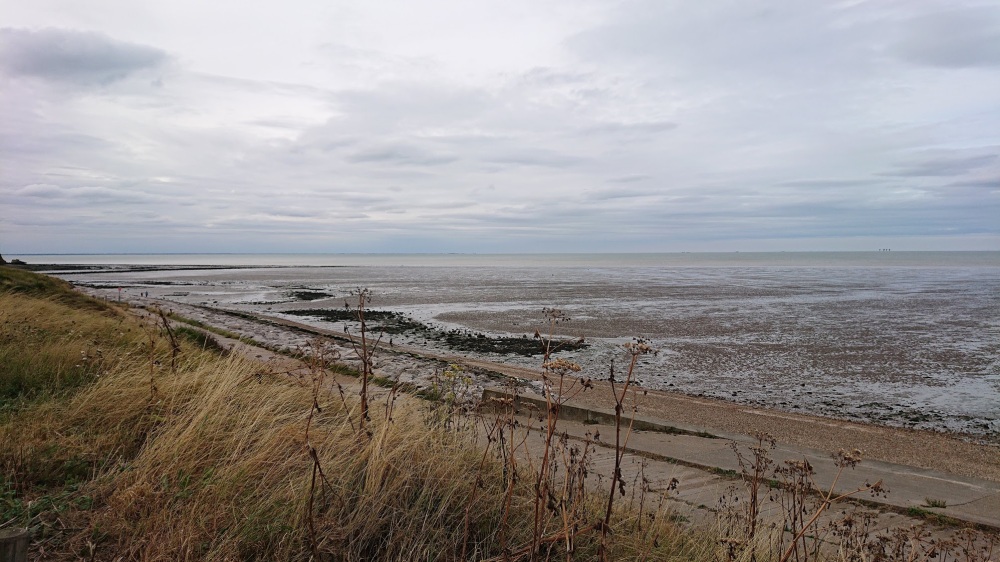 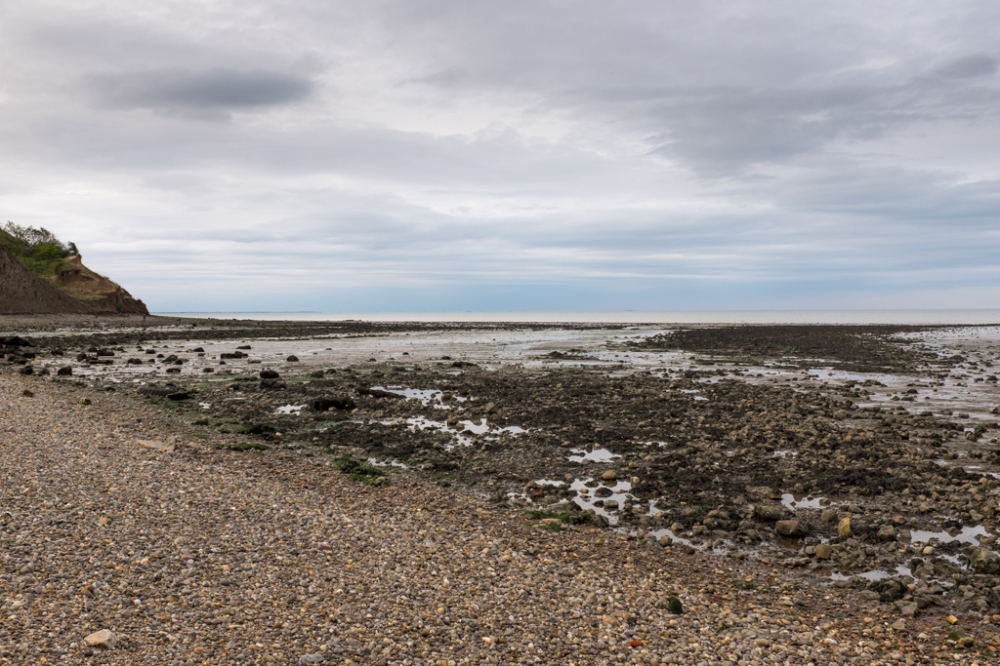 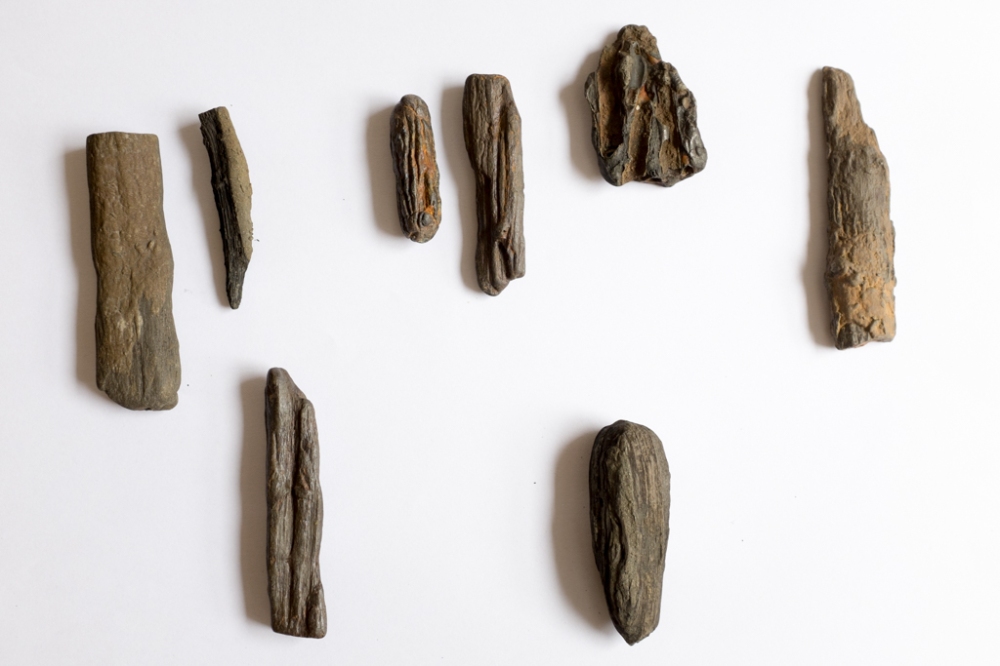 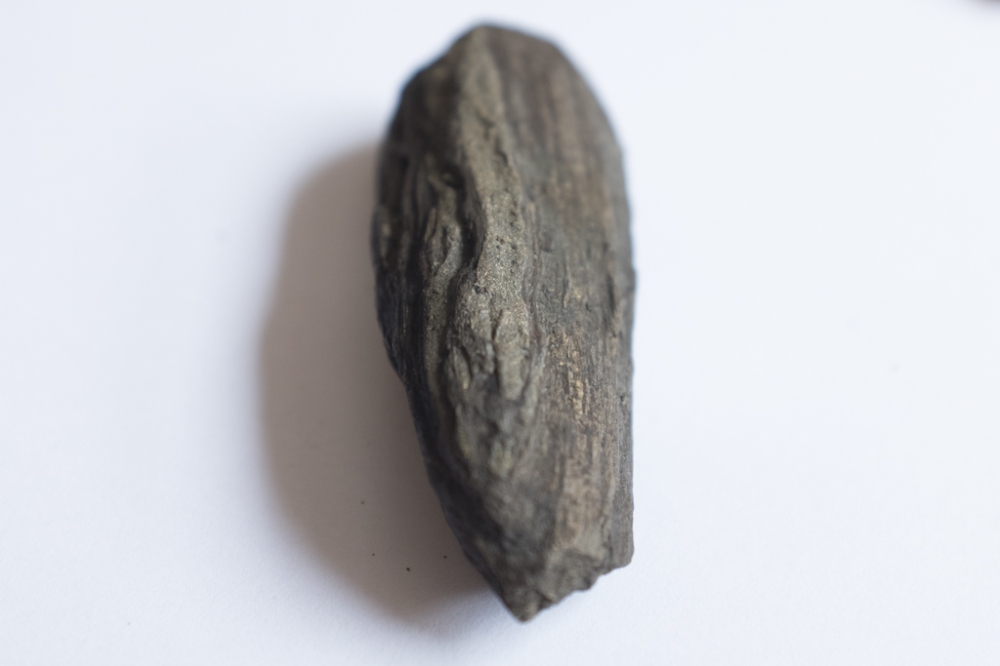 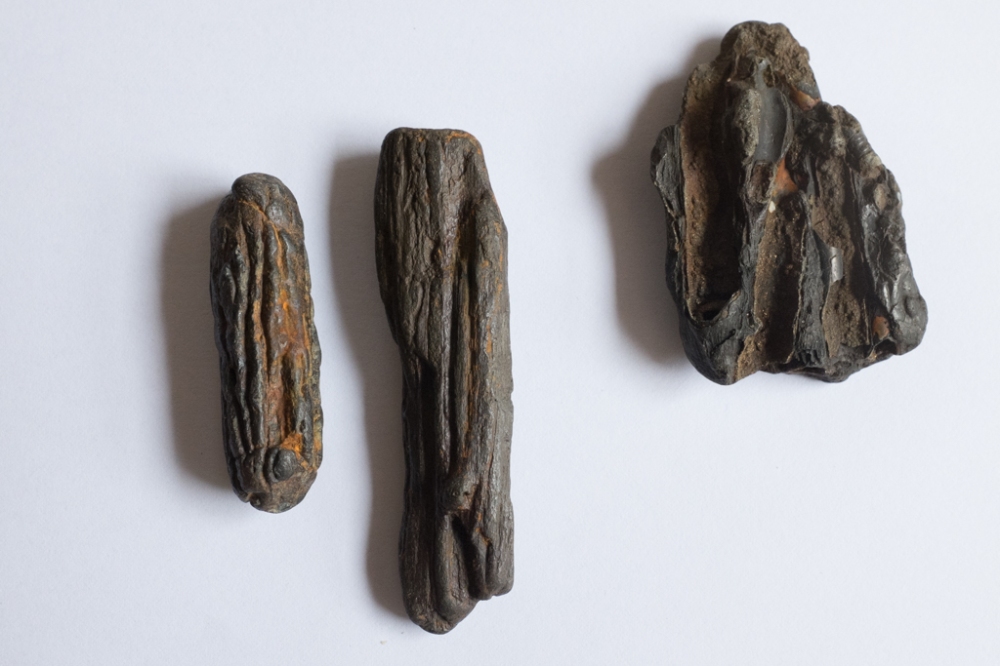 Gypsum crystals – formed from evaporating salt water in the clay, 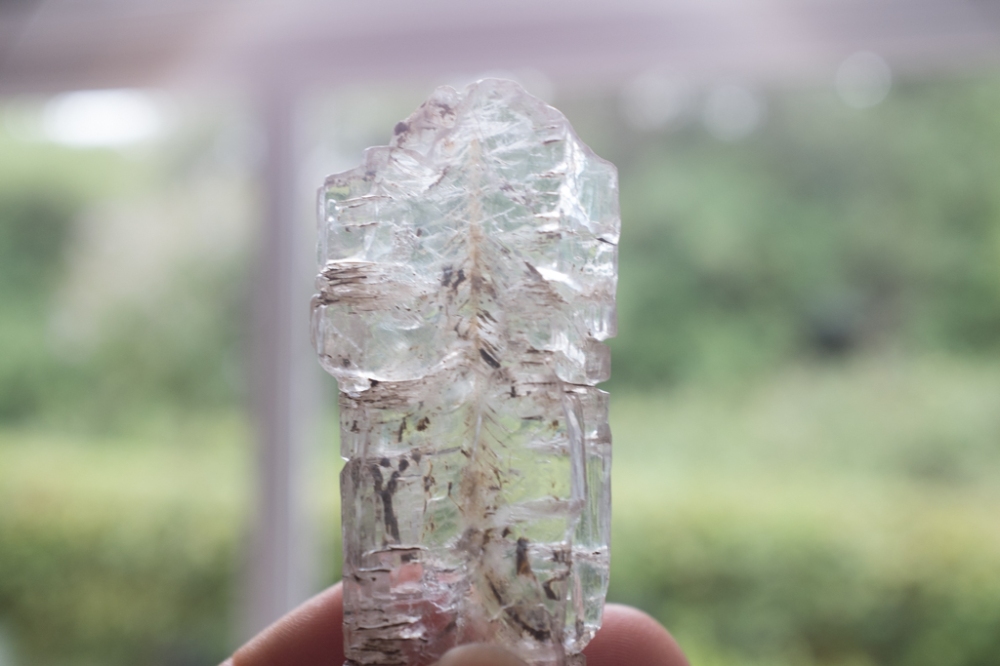 Possibly a piece of turtle? 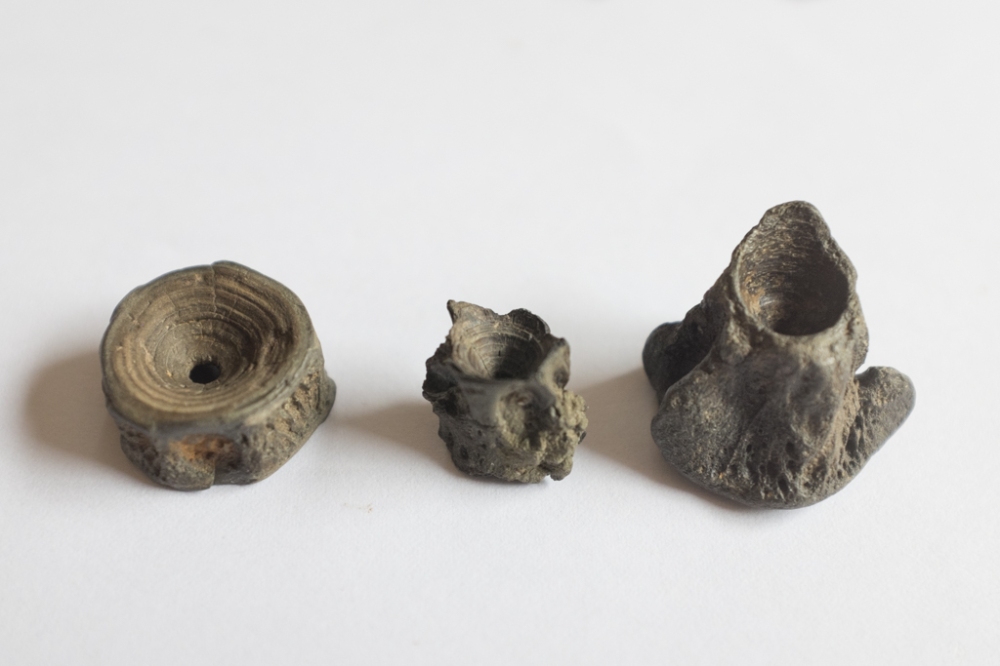 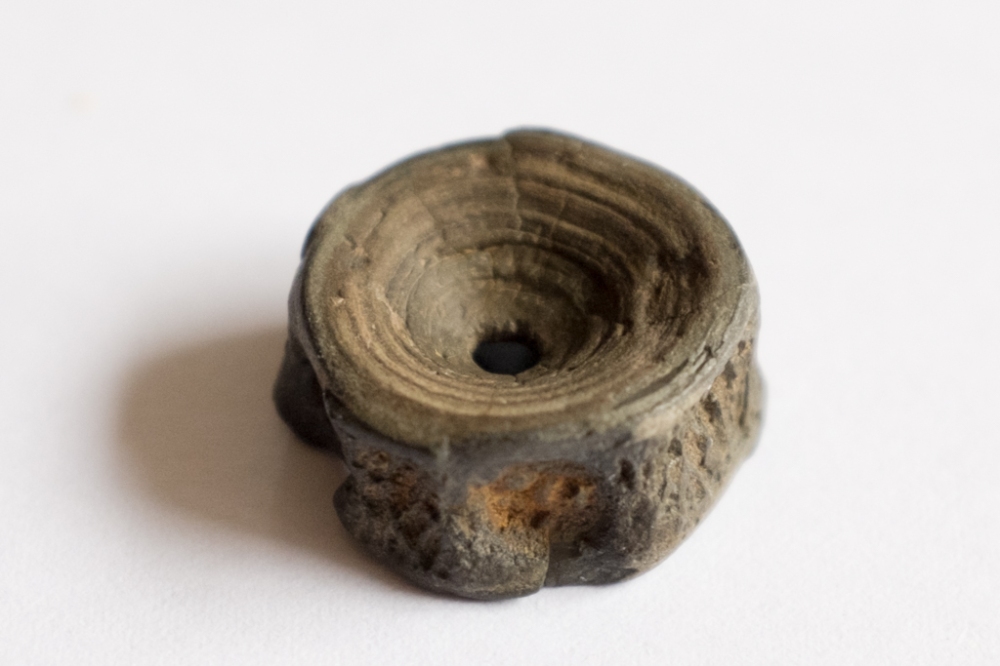 Bird bone – its a tiny joint end – knee or wing/elbow

I wondered if I could work out this was and after a couple of hours on google..

I worked out that it was a a bit of this jar.

A marmalade jar common from around the 1870s!

We had a load of fun there – if you dont mind a rather bleak landscape and the feel of cheap holiday parks, it’s a very interesting day out.