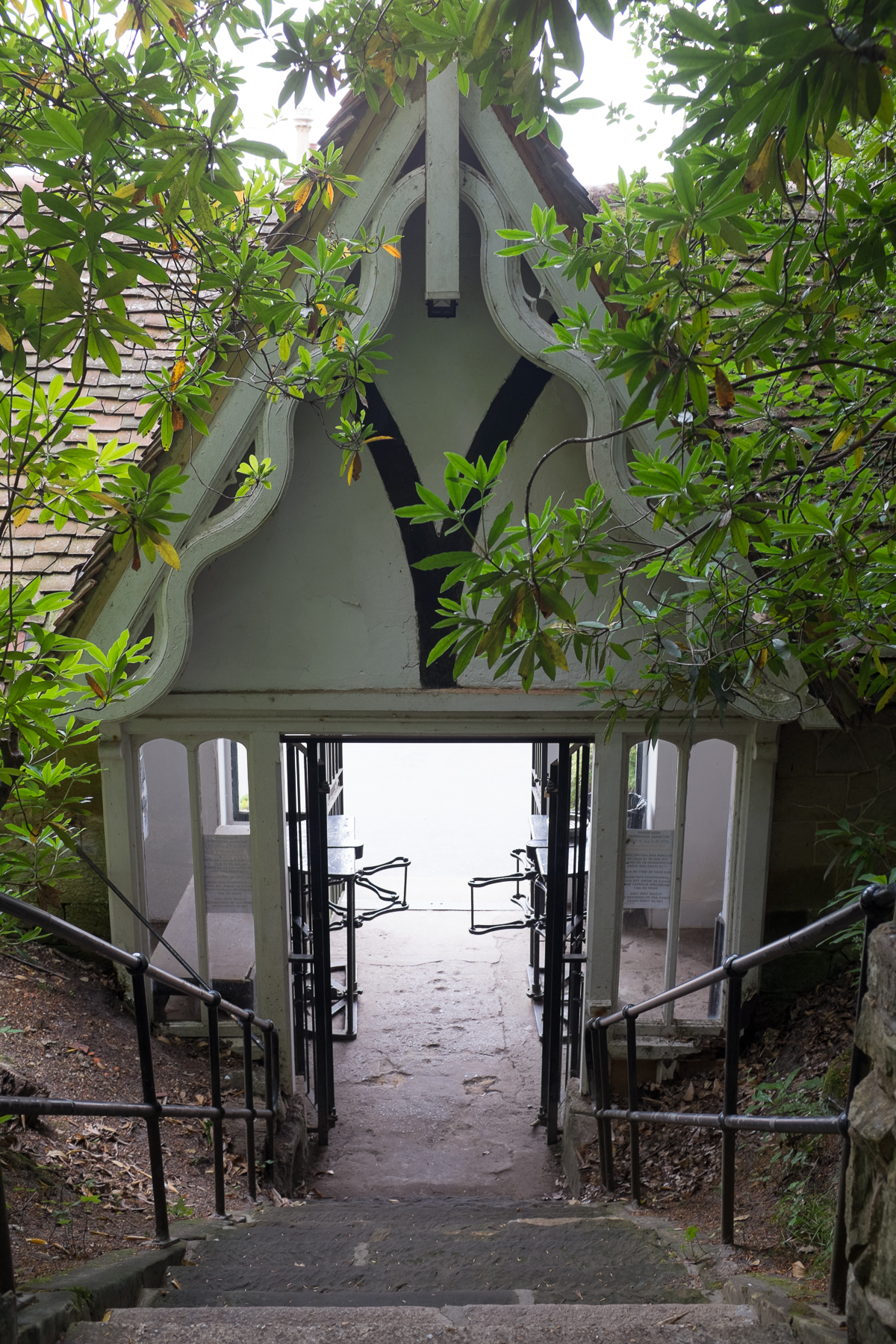 At least forty years ago, my Grandparents took me and I think my middle sister to play on some rocks in Tunbridge Wells.

I remember my Grandads white Daimler with red leather interior and that distinctive Daimler/Jaguar leathery walnut smell and I remember looking out over the rocks from Mount Ephraim.

Near there, there’s a place called High Rocks which was supposed to be pretty fun, so off we went to have fun and see if my memory could guide me back 40 years.Firstly, High Rocks.  Not far from Tunbridge Wells town centre, it’s tucked away in a deep wooded valley down teeny windy lanes.  You’d have a job to accidentally go there!

It’s been a curio since King James went there in the 1600’s and its’ flourished ever since.  Bridges were built across the cracks and in the Victorian Era, where Tunbridge Wells flourished as a Spa Town, a steam railway was put through so tourists could enjoy the place.

There’s evidence that the caves at the base of the cliffs were used as shelters for Stone Age people over 200,000 years ago and a fort was built on the top by Wealden people 2000 years ago as protection from the Romans.  Gotta love these places with history that extends so far back in time.

The the entrance is via the original Victorian entrance house, complete with turnstiles that would have taken money from eager punters.  Nowadays, you buy your tickets from the barman in the pub across the road, which feels a little less special!

As you walk up the steep path from the entrance, dark and heavy with rhododendrons, you emerge into the light and see the sandstone cliffs towering above you. 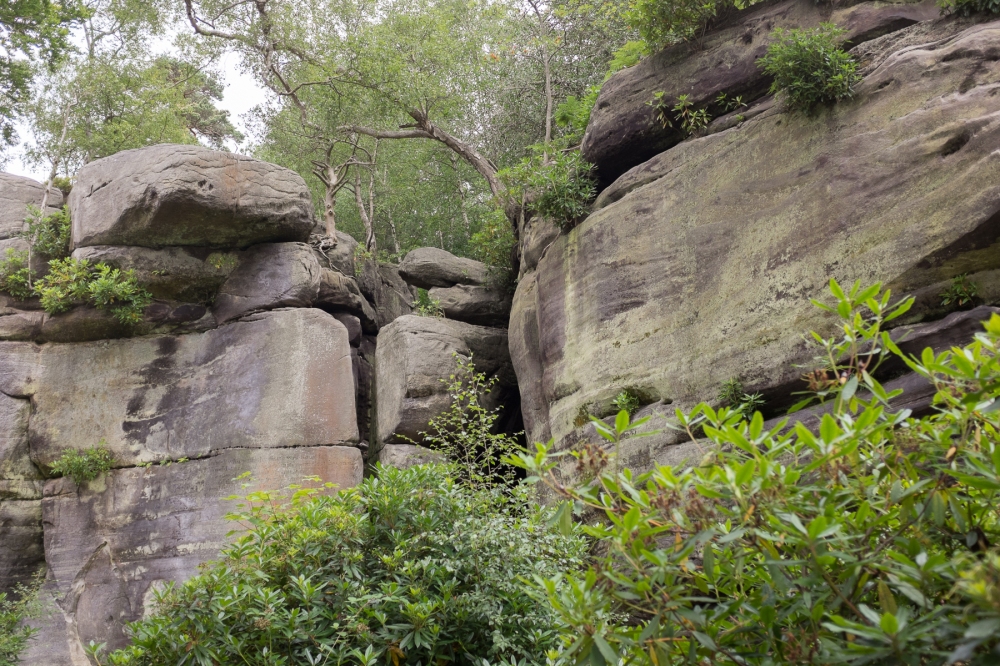 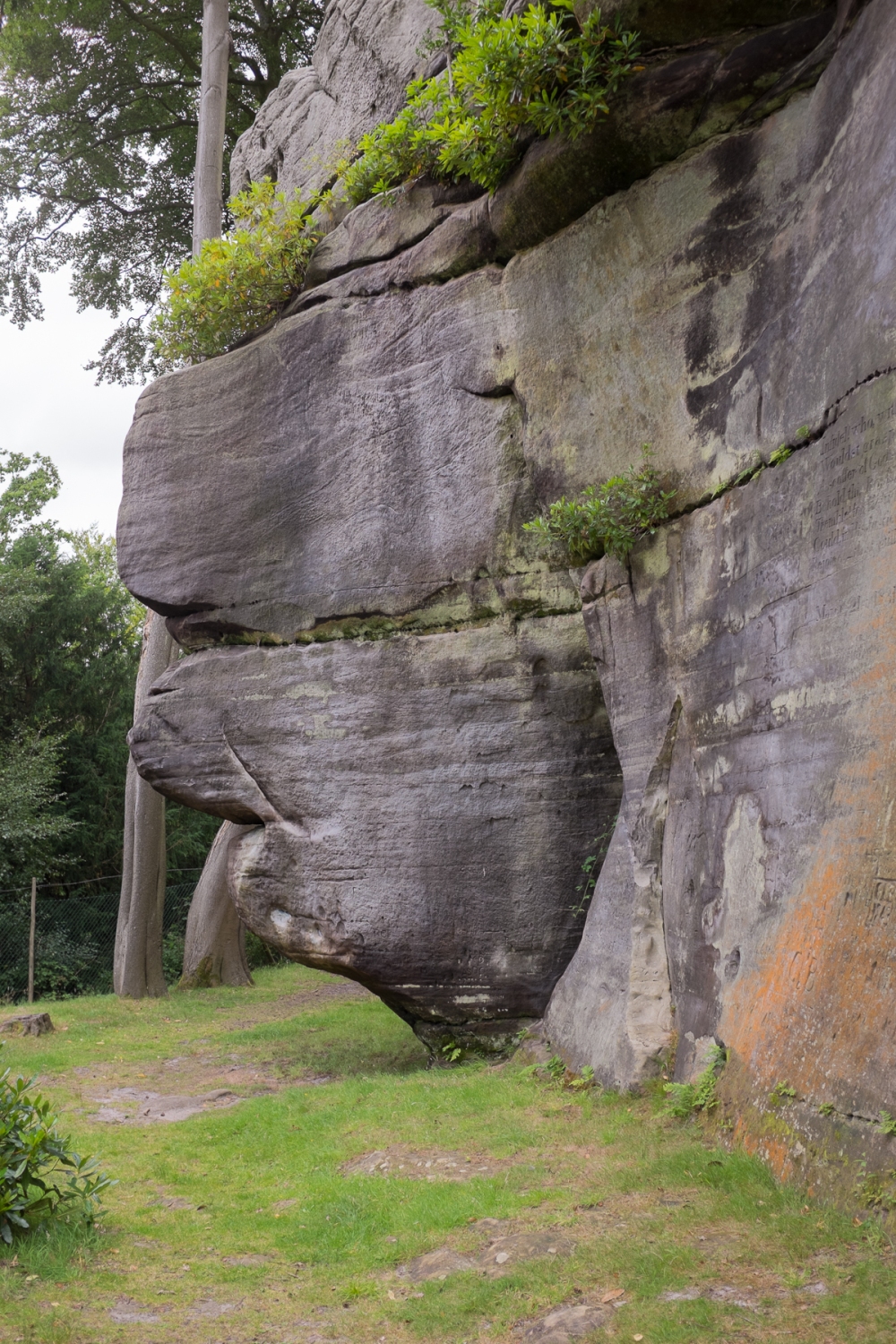 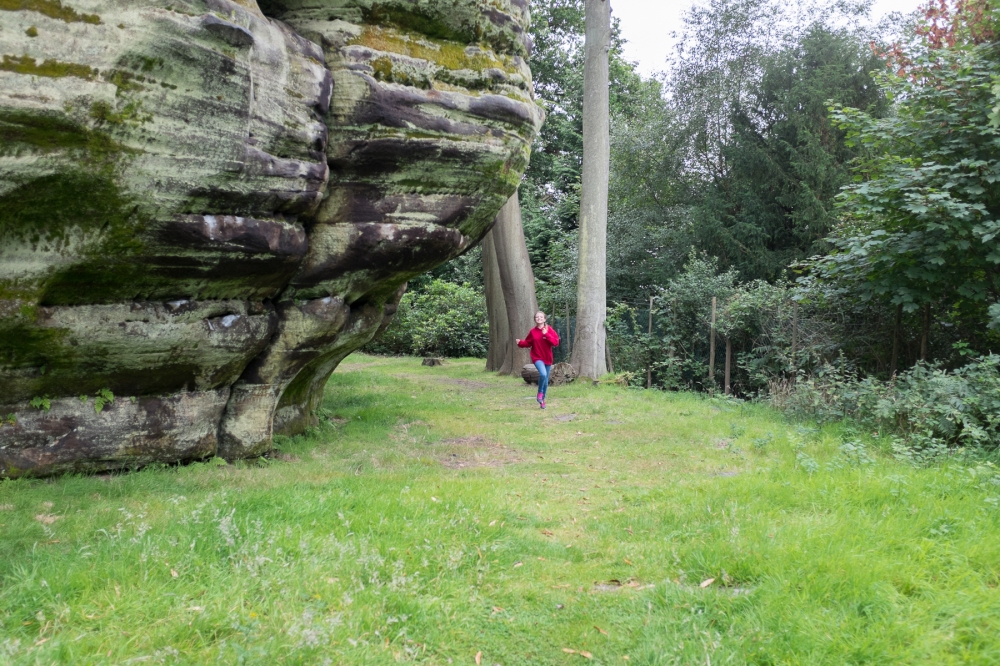 If you’re lucky, one of the scheduled restored steam trains will whistle by..

Steps lead the explorer up to the top of the cliffs. 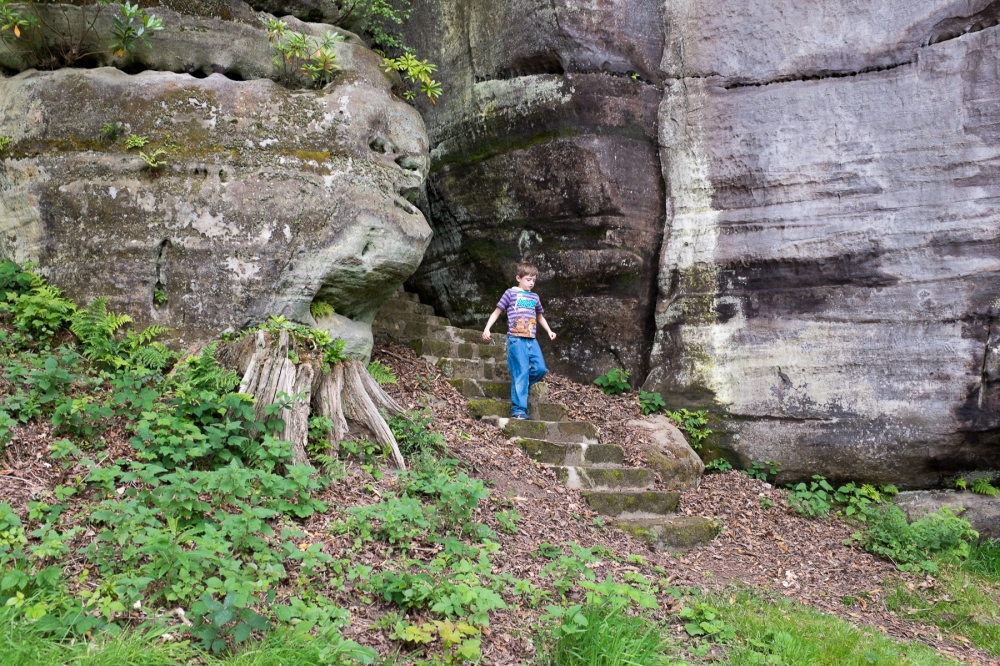 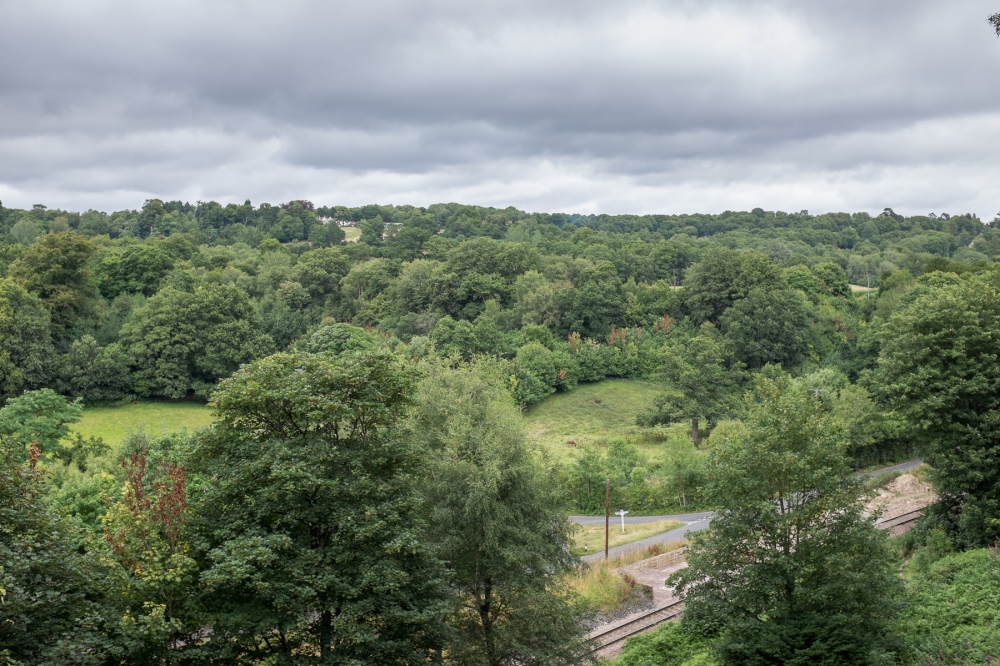 The top is totally un fenced off and it’s maybe 20 metres to the bottom – be careful!  It’s nice to see that the rampant health and safety curse hasn’t spoiled everything in England. 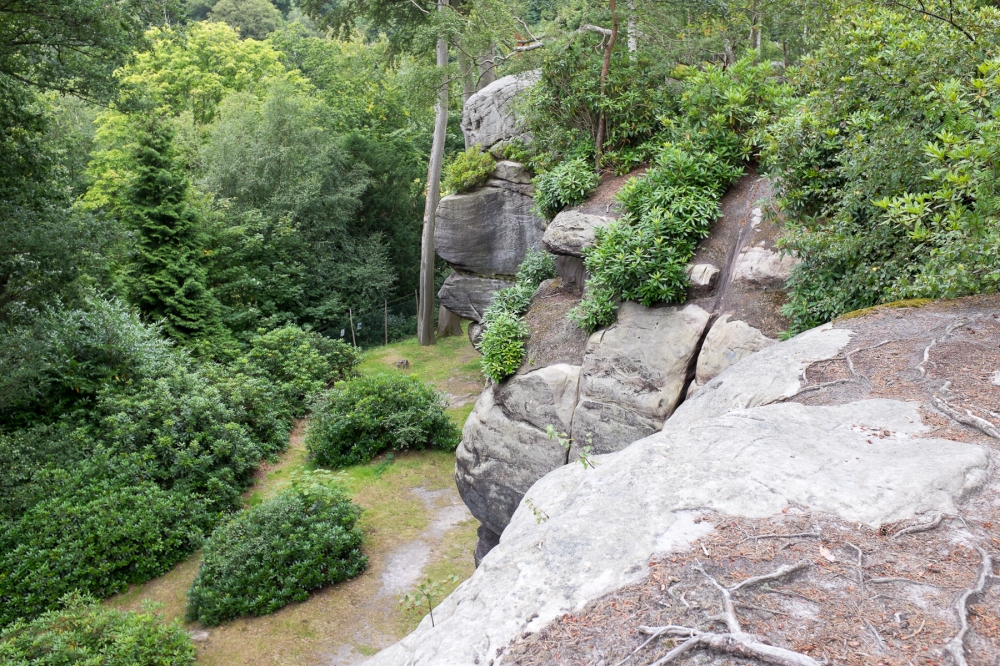 Bridges connect the rocks over the big fractures in the rocks.  They’re old and wooden, so add to the sense of ‘excitement’ 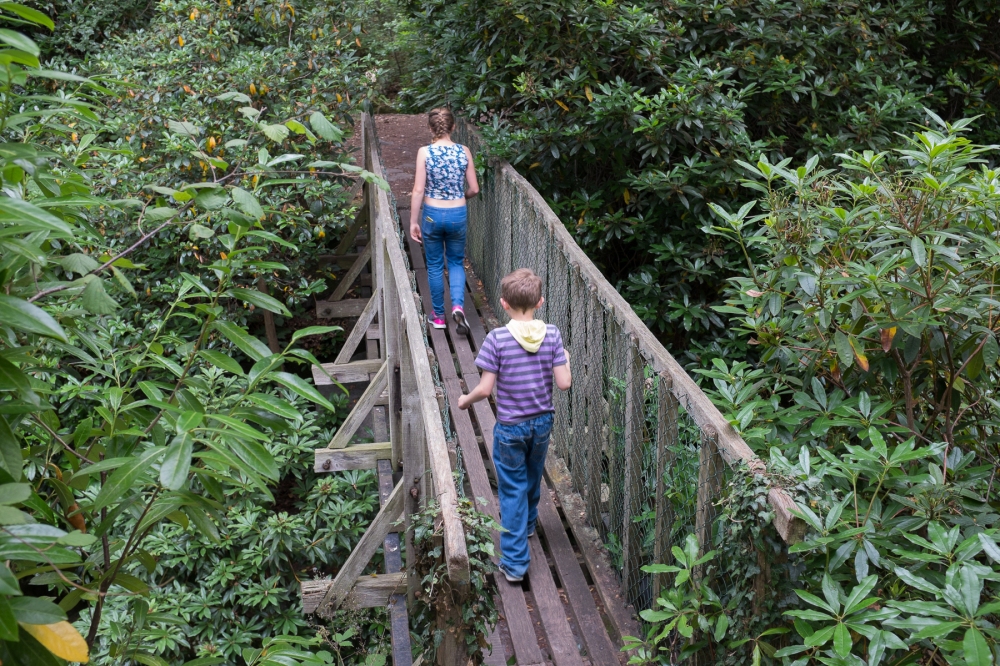 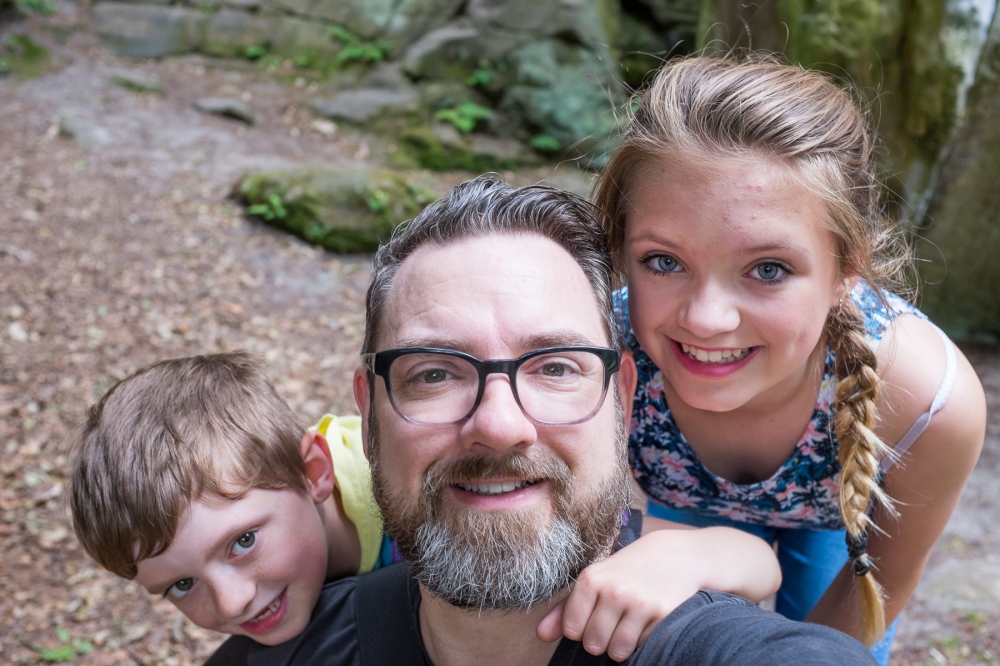 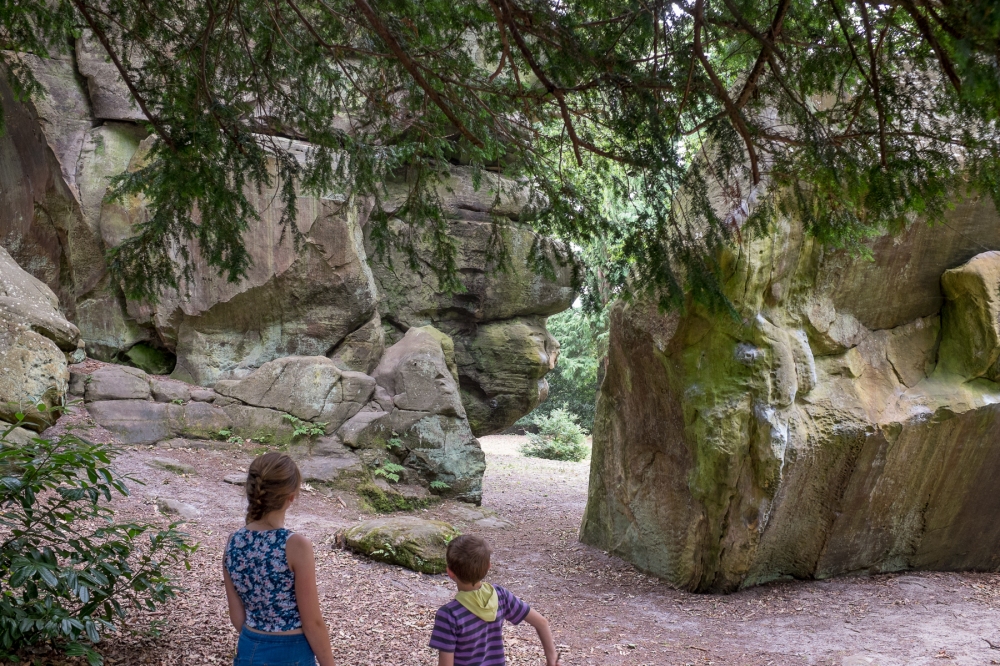 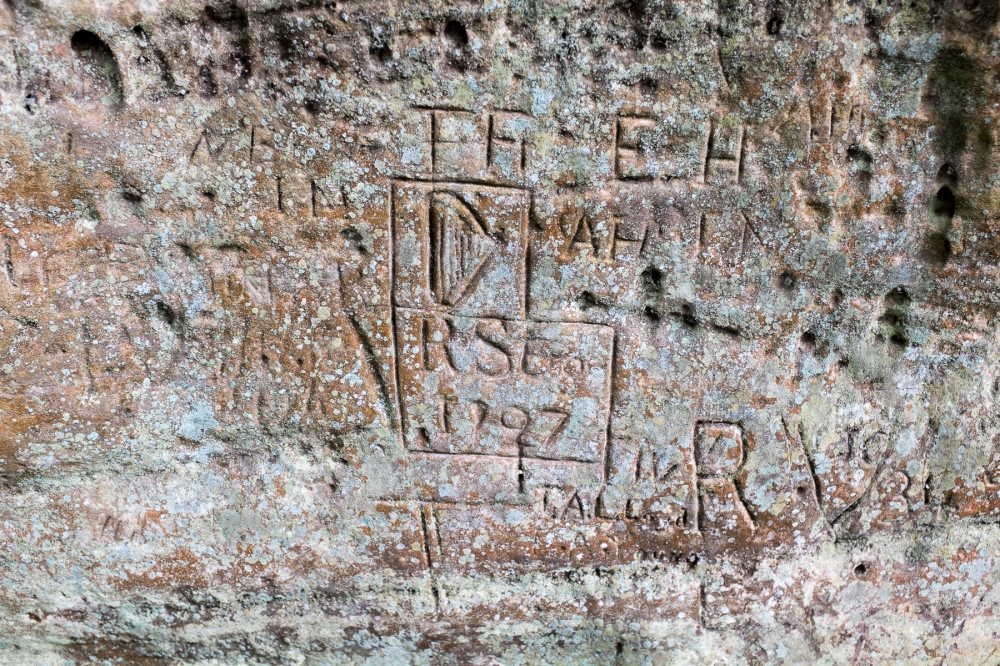 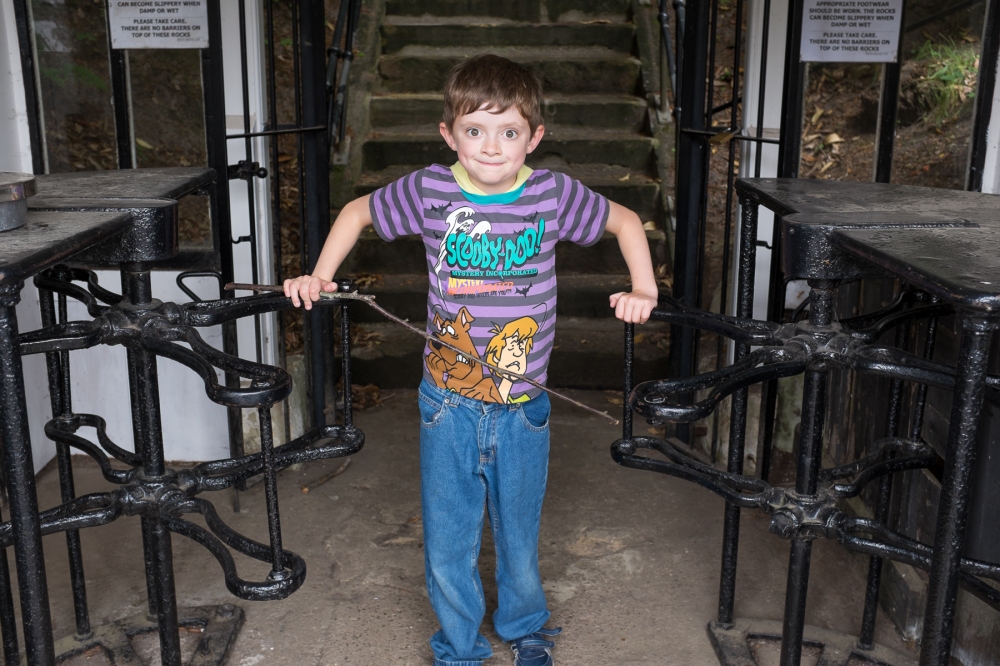 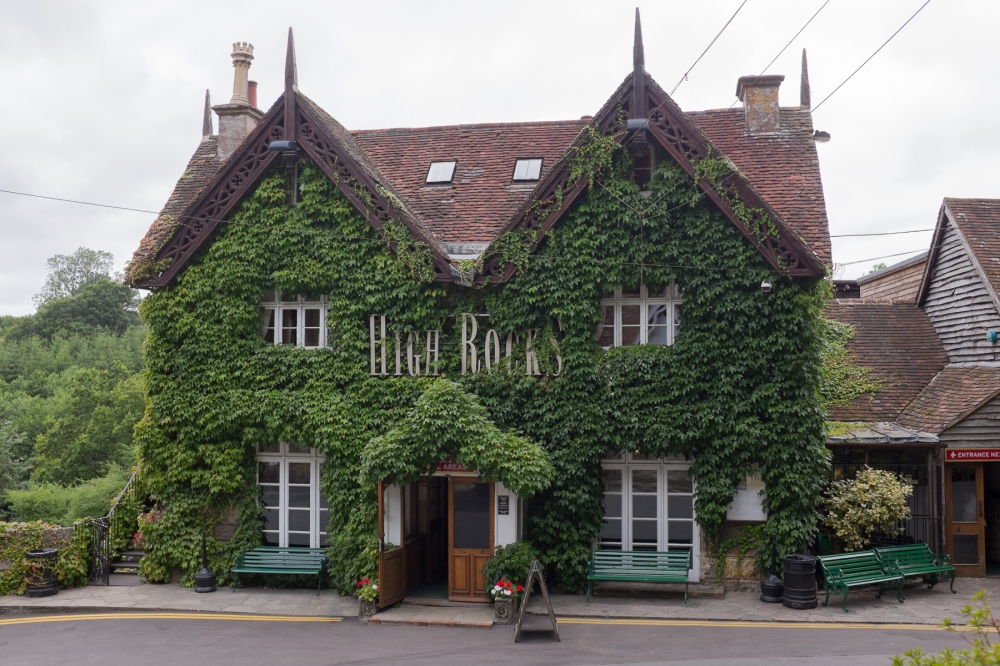