Ride out to Mandurah 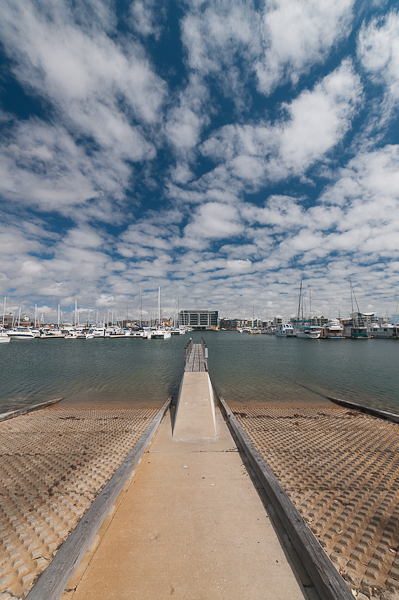 I had a few hours to kill, so I went on a ride on the Ninja 250R and my camera to Mandurah.

Mandurah is only half hour away from where I live.  It’s a relatively modern town (now a city – but that’s kinda relative – it’s not on the same scale as European cities) which has grown from nothing more than a small fishing village to a big town in just 30 years.  It’s on the coast and benefits from a natural estuary of the Murray River which is bigger than Sydney harbour.  Mandurah has made use of the estuary to build a nice shiny marina and boardwalk complex with restaurants and bars and also a very flashy housing development with multi million dollar homes with a series of canals for the residents to keep their boats.

It’s more exposed than the Rockingham coastline (which you just about can see in the distance in the shot below) as it doesn’t have the offshore reef, which makes it good for surfing.  Not that there was anyone out today..

The dolphins were out in force in the channel but every time I got the camera they’d hide! 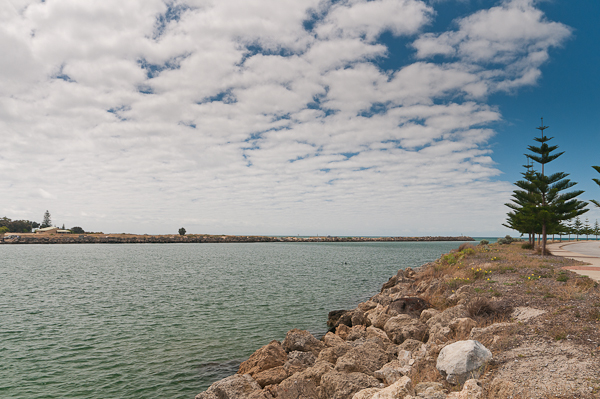 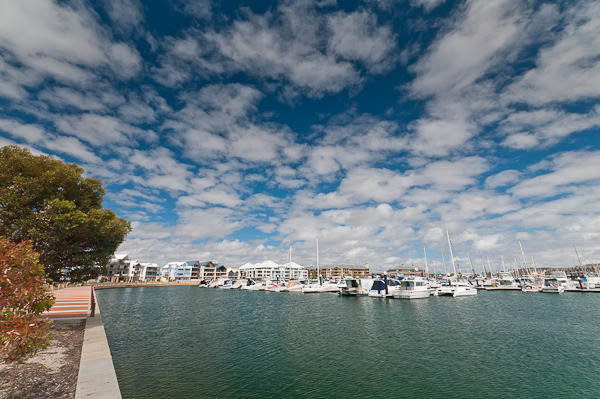 The trusty Ninja 250 parked up on the water’s edge.

I rode around to the south part of Mandurah across the old bridge and down into Hall Park – it’s very nice on that side too – quieter and good for a peaceful stroll along the water – there’s even a Ferris Wheel further along – that’ll have to be for another day though. 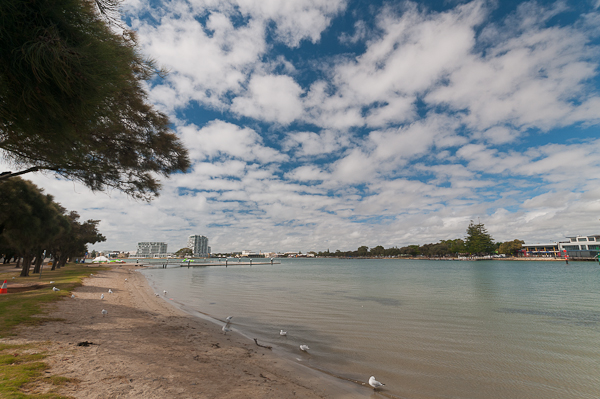 I really want to explore the inlet more – under that bridge and beyond is the Peel Inlet and miles of unspoiled (ish) wetlands and waterways.  Somehow I think a boat would be better for than the bike though!

And that was that – a few hours out in the warm sunshine and then home to get Christmas decorations out for the kids to put up (unsupervised this year – they’re old enough not to need out help anymore!)

I’m off on a boat trip from Fremantle to Rockingham tomorrow which promises to be interesting – one snag though is the start time – I have to leave the house at 5:45am *ugh*  I say I, I mean we – Jay has offered to drive me to the station (thank you!!)

4 Comments on “Ride out to Mandurah”