I’ve never been a fan of large dogs (or even small ones really) until we got our first one.  She was 2 year old rottweiler/ridgeback cross – 40kg of love, affection and loyal perimeter protection.

She’s lovely, but apart from liking to play tug of war, she doesn’t do the usual dog stuff.  Won’t fetch or catch, hates the beach, impossible around other dogs (she’s too excited).  She was a little lonely I think, so after a few years, we got her a pal.  A rescue puppy, we thought, would acclimatise better to the house dynamics, would grow up with the cats and might even be their friend.

That was the plan, but with best laid plans…

The 2 dogs get on fine, but always wrestle for dominance, the pup wants to be *best* friends with the cats (they are waaaay less convinced about this) and hates being told off and will start on any of us – me in particular – if he feels inclined.  We’ll have to train that out of of him soon – he’s a great dane crossed (the large bit) with german shepherd (the bitey bit)  – he’s not exactly small and it’s starting to get not so adorable.  And he’ll probably be 50-60kg in a years time.

He’s like a cross between a camel and a great white shark.  All legs and gangle with the dangerous bitey bit up front.

That said, when he’s not biting everything, he LOVES playing fetch/catch.  He’ll play it until he can no longer stand up, and even then, he will give it another go.  It’s his drug of choice – he’d play all day of he could and he’s the most obedient, attentive dog you could ever imagine when he’s playing.

And despite his size, he’s lightning fast, super agile and hardly ever fails to catch the ball.  I’ve never seen a large dog cover ground and jump like him.  Very cool! 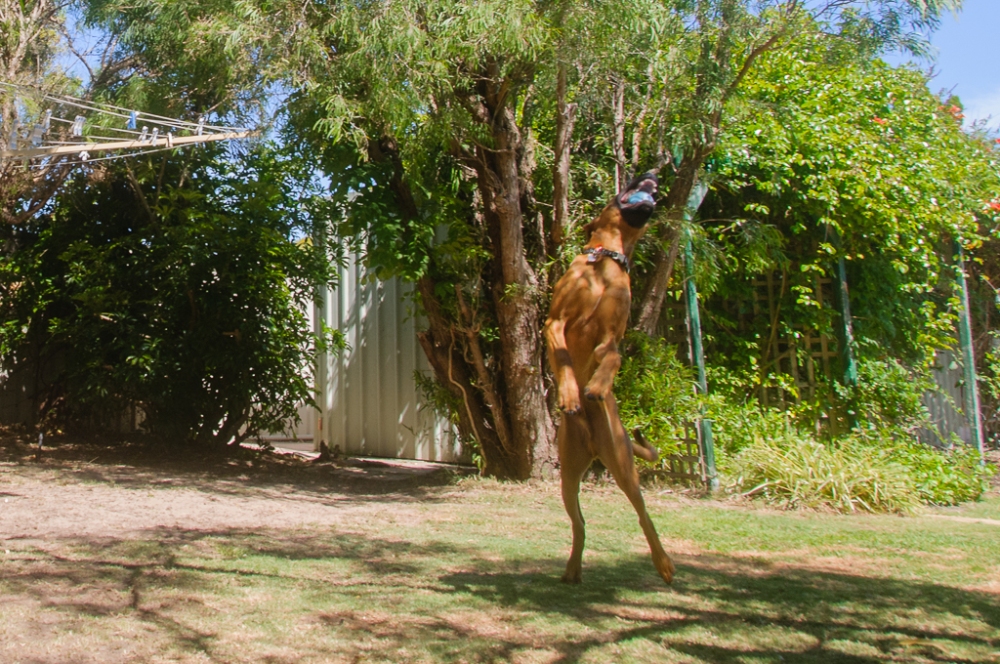 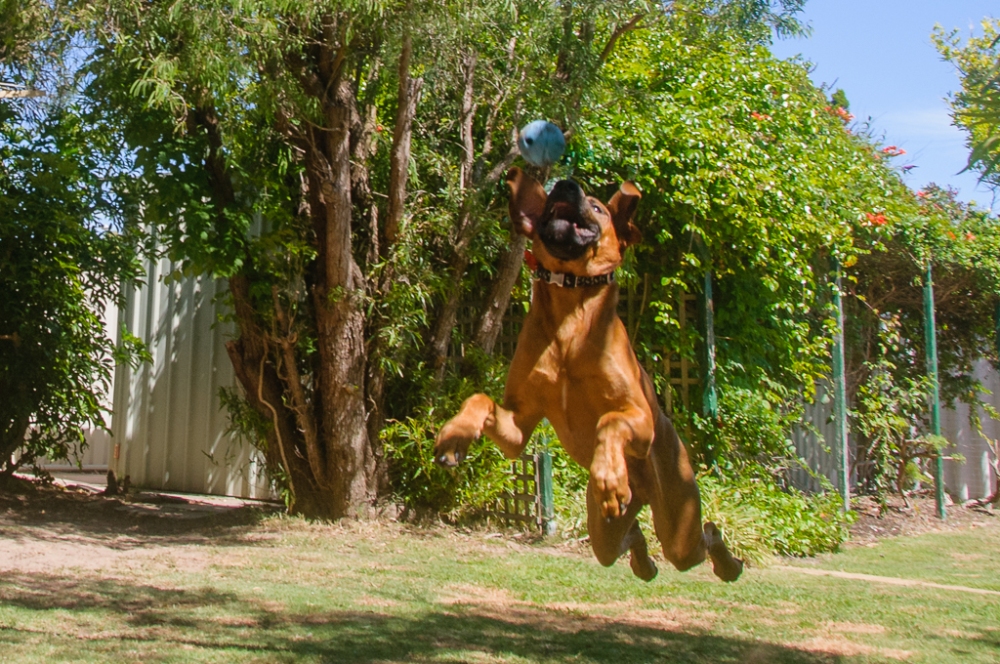 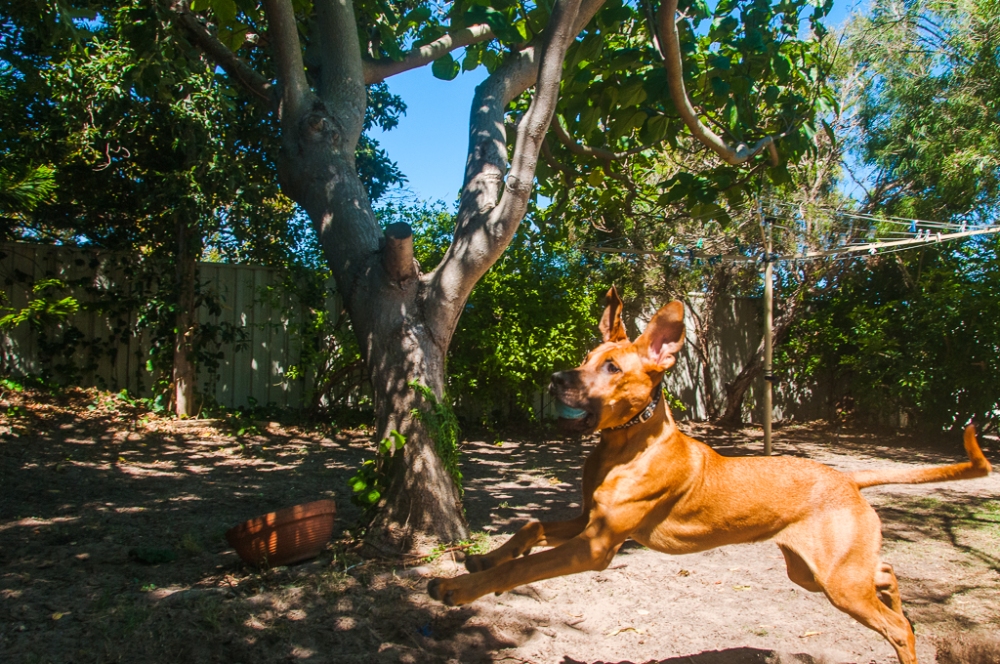